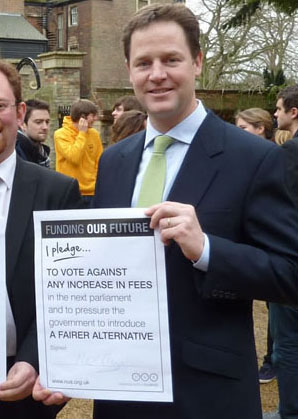 Despite the fact that the last "wave" of immigration that was hyped by the mainstream media spectacularly (and much to the disappointment of the right-wing press) failed to materialise, in the build-up to the 2014 European and local government elections, the media endlessly hyped the spectres of Europe and immigration, to draw attention away from public outrage at the MPs expenses scandals, bank bail-outs, Coalition betrayals, fat-cat bonuses, NHS privatisations and Austerity, which had instead most influenced public opinion over the preceding years.

After the massive publicity given by the media to the BNP, then the massive publicity given to the EDL, the media transferred their affections to UKIP, hyping the issues of Europe and immigration. People know however it wasn't Euro MEPs who betrayed the nation over University tuition fees and the NHS, condemning future generations to a society of far greater inequality, and facts speak for themselves - in 2014 the "Neither Liberals Nor Democrats" lost more votes as a result of their betrayals than UKIP gained through media-spun public "concern" about Europe etc (see the figures below).

So, rewind to 2010, to see the real reason more people voted against Austerity than against immigration in 2014. Rewind to 2010, with the Lib-Dems enforcing "stable" government at the expense of democracy, gleefully shredding their pre-election promise over University fees.

It remains to be seen how Channel 5 might or might not misrepresent these protests - the role of the bait van, undercover agent provocateurs, the fact that many of the tens of thousands who mobilised weren't students etc - and trolls may well descend on this thread to post the usual bullshit comments, but at the very least this documentary gives huge publicity to the grievances which (as the figures show) still motivate British people, and gives huge publicity to protest culture in the build-up to the forthcoming June 21 anti-austerity demo (London W1A 1AA, at 1pm).

** NB - I'm quoting the following figures as a rough barometer of public opinion, not because I support voting Labour. In the 2014 local government elections the Lib-Dems lost 310 seats, in contrast UKIP gained just 166, while the Tories lost 236 seats and Labour gained 324 - however the consensus in much of the mainstream media was that this overwhelming swing against Austerity was (whatever we think of the Labour Party) somehow a bad result for Labour! Likewise, in the Euro elections the Coalition partners (the Lib-Dems and Tories) lost 16 MEPs, while UKIP gained an extra 11. Although of course the huge majority of people did not vote, in part because they know Labour will do as little as possible to defend their interests, but the fact is that far more people voted against Austerity than against immigration - QED.

Photo - Nick Clegg - the former speech-writer for Tory economist Leon Brittan, who joined the Lib Dems as an infiltrator, to turn the Lib Dems into an instrument of Tory policy