Anti fracking campaigners have got their hands on a Sussex Police report that details an 'emerging' nationwide strategy on protests against the controversial drilling technique. The report has been exposed in a report about the policing of the protests at Balcombe, West Sussex, last summer. Fracking is high on the government's agenda and as the government continues to push shale gas harder and make it easier for gas companies, the report suggests they've also put plenty of thought into cracking down on the opposition. 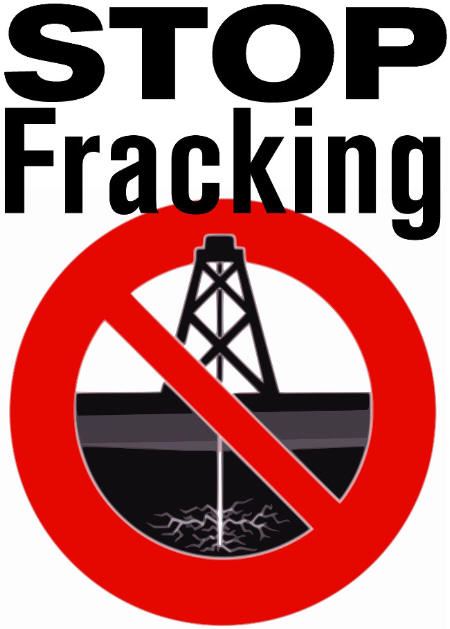 
The report covered byNetPol, came after a FOI request by the folks at the website InvestigatingBalcombeandCuadrilla.com. The protests against exploratory drilling by notorious fracking company Cuadrilla began on the 25th July in the Lower Stumble site, near Balcombe, and continued until mid-September. Over 300 people camped along the access road and staged daily blockades and go-slow actions against trucks and equipment attempting to enter the site. (see SchNEWS 848)

According to the report, Sussex Police screwed up on multiple levels. This included lack of a clear command structure, ill- or misinformed officers on the ground, and lack of clarity about what exactly they were arresting people for and whether they'd be able to secure any convictions (they scored just 29 convictions out of 126 arrests). They also failed to foresee the protest happening, despite the growing movement against hydraulic fracturing, and the fact that Brighton and its surrounding area is full of crusty ne'er-do-wells ready to kick up a fuss when the drill hits the fan.

Over and above Sussex Police's incompetence, the report contained worrying references to a “nationwide strategy” that is emerging in response to the threat of more anti-fracking protests. The “lessons” learned at Balcombe “should be fed into emerging national coordination on fracking”, it says. These involve preparation to mobilise large numbers of officers and encouraging fracking companies to arrange as much of their own private security as possible.

Large sections of the report, especially in the intelligence section, are simply blanked out. They do however praise the role of the Police Liaison Team (PLT) for playing a “pivotal role” in intelligence gathering. The recommendations on the role of Police Liaison Officers include providing a streamlined, 'sterile' channel of information flow from the blue bibs to the criminal intelligence command. So much for the official literature on PLT tactics which emphasises a division between PLTs and other intelligence. No one who's ever faced up to a line of cops was fooled by their fake friendly-friendly approach, but if anti-fracking protests continue to bring new protesters out it's a point that'll need hammering home.

Also noteworthy is the section discussing the influence of Cuadrilla and politicians on the actions of the police. When Reclaim the Power joined the Balcombe protest in August, Cuadrilla heeded warnings from the cops and decided to stop drilling for the weekend of the RtP camp. This, the report states ambiguously, became a “significant political/economic issue” with involvement of “a more senior political level”.

Cuadrilla’s has close links to government: Their chairman is Lord John Browne, who also sits in the Cabinet Office. The Cabinet Office minister Francis Maude's constituency includes Balcombe.Now is a testing time for the company, who have just had an application for fracking four new wells to production in Lancashire accepted by the council. The operation at Preston New Road, near Little Plumpton, is one public consultation away from drilling.

In fact government is littered with executives with a pro-fracking agenda (as uncovered by Frack Off). No wonder the Tories are cheering shale gas along. But Cuadrilla recently went further, feeling confident enough to exert some political pressure of their own: They stated that unless the government changed trespass law in favour of frackers – allowing fracking under people's homes and land without permission – they would pull out of Lancashire. The changes went through.

This summer Britain is also expected to kick off the “14th onshore licensing round”, due before the end of July. The licences will give the successful bidders drilling rights in an area covering a total of 37,000 square miles. No doubt the government are trying their hardest to assure potential frackers that operations in the UK will be all plain sailing.

Luckily the fracking resistance, which has been blossoming across the country, has a new cell in Lancs. Recently formed Keep East Lancashire Frack Free have already staged a small demo outside the town hall and are going to up the ante after last week’s announcement. For now, the plans appear to be based on eliciting as many negative responses to the consultation as possible.

In Upton, a community blockade has been running for nearly two months to stop Dart Energy drilling an exploratory coal bed methane well. Elsewhere, the Crawberry Hill camp in Yorkshire continues to camp in resistance to the oil drilling and gas exploration of company Rathlin Energy. For just a handful of protesters, the police have pulled out the big guns, and even left one disabled protester hospitalised with a kidney complaint at the beginning of the month after kettling protesters for over two hours and denying access to toilets. Police heavy-handedness is nothing new to the anti-fracking movement, after mass arrests at Balcombe and widespread reports of police violence at Barton Moss showed the government was willing to put out police batons to protect the interests of their private sector cronies.