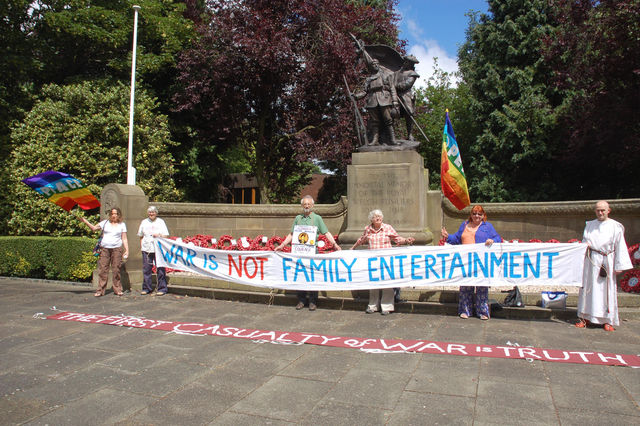 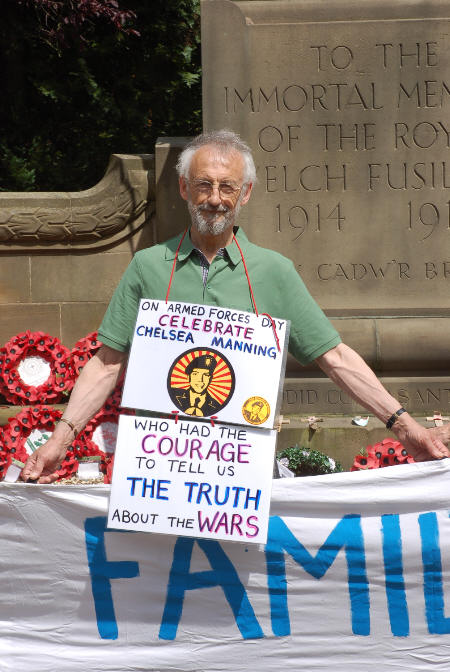 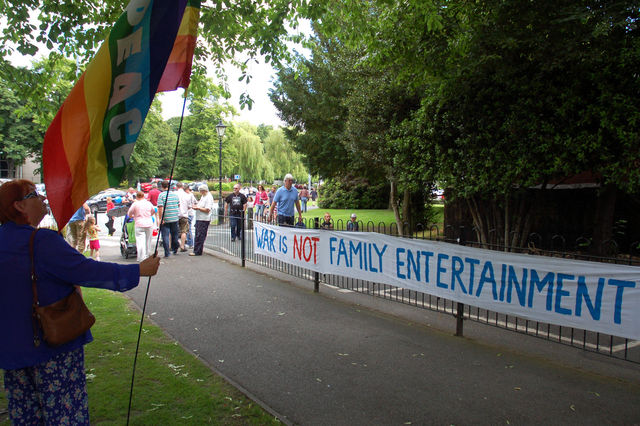 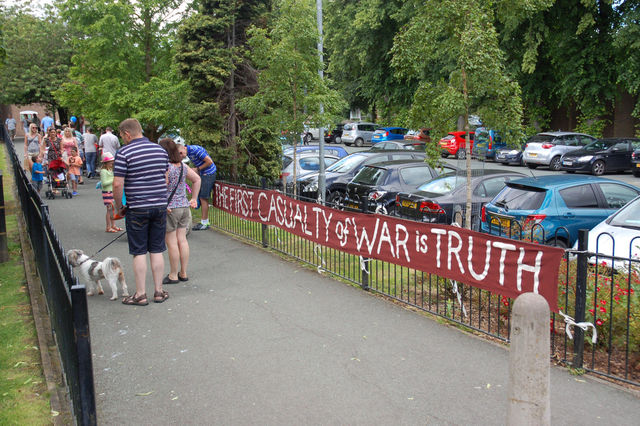 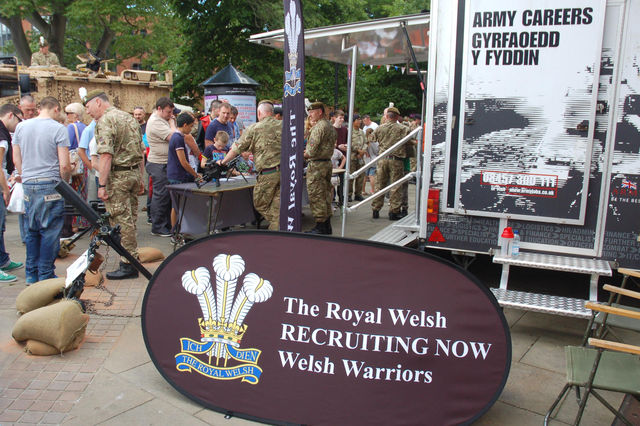 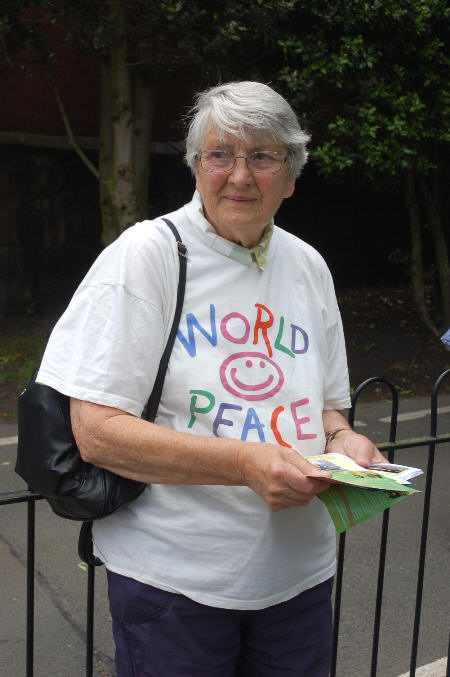 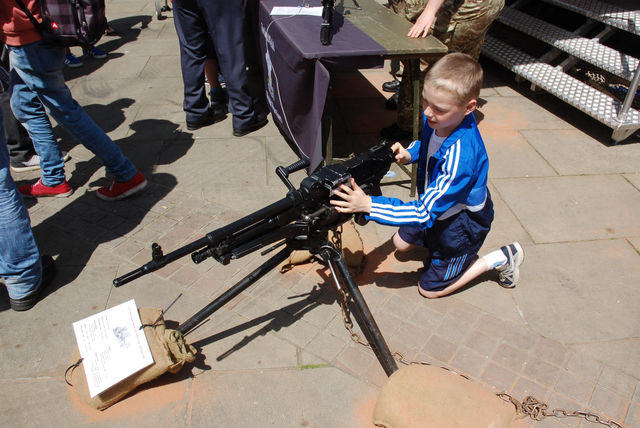 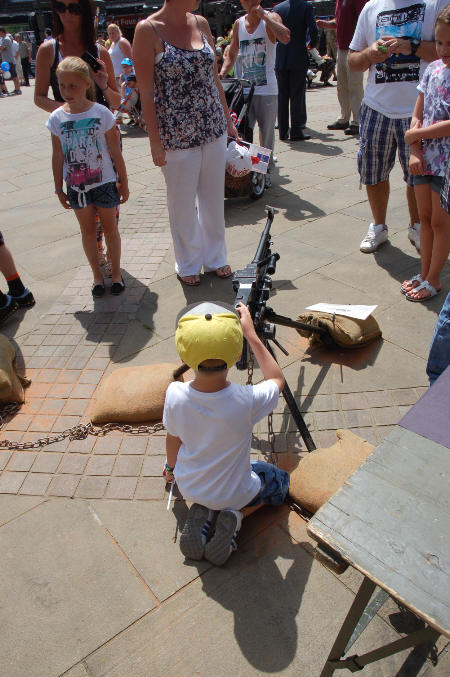 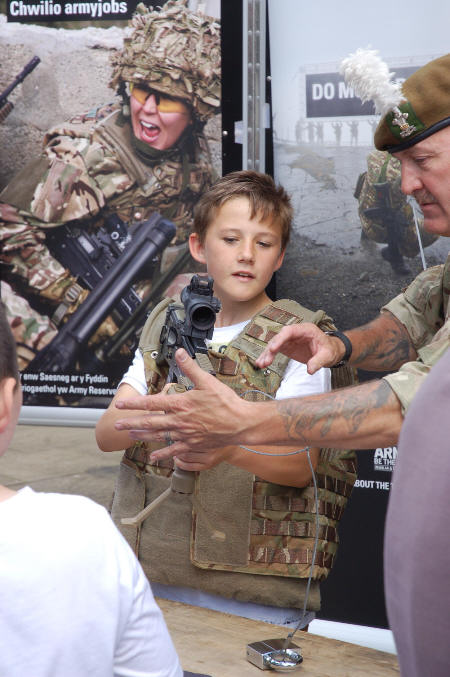 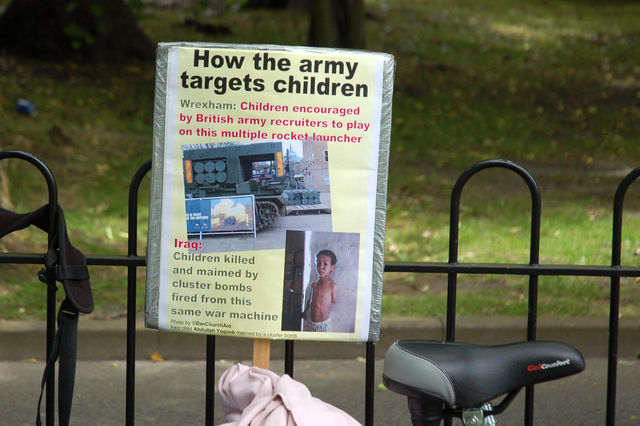 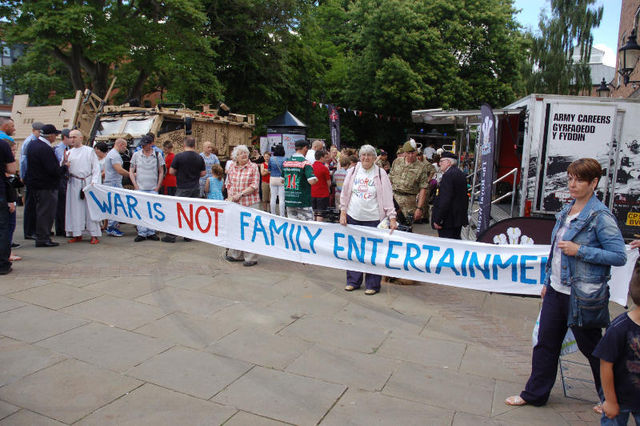 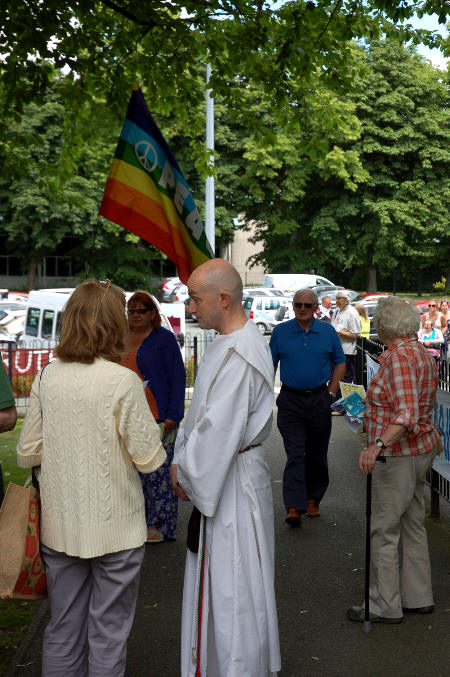 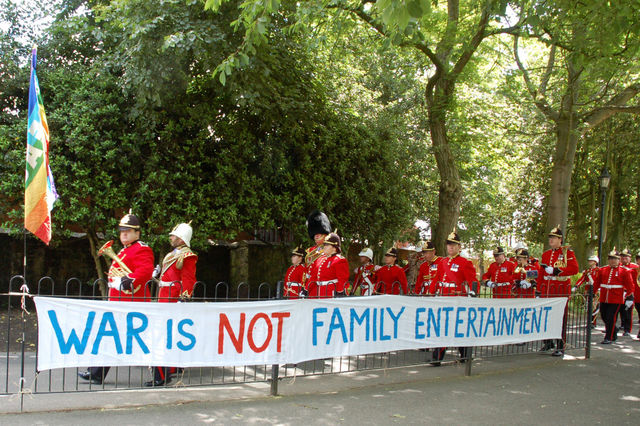 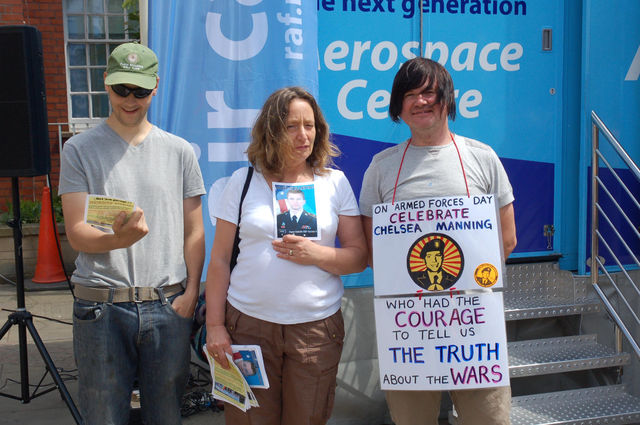 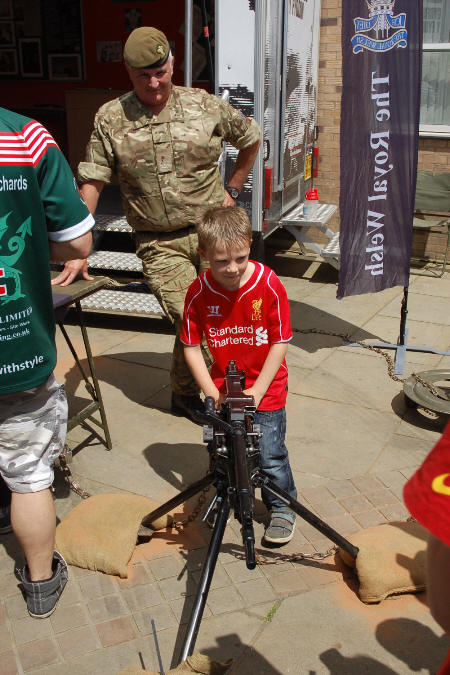 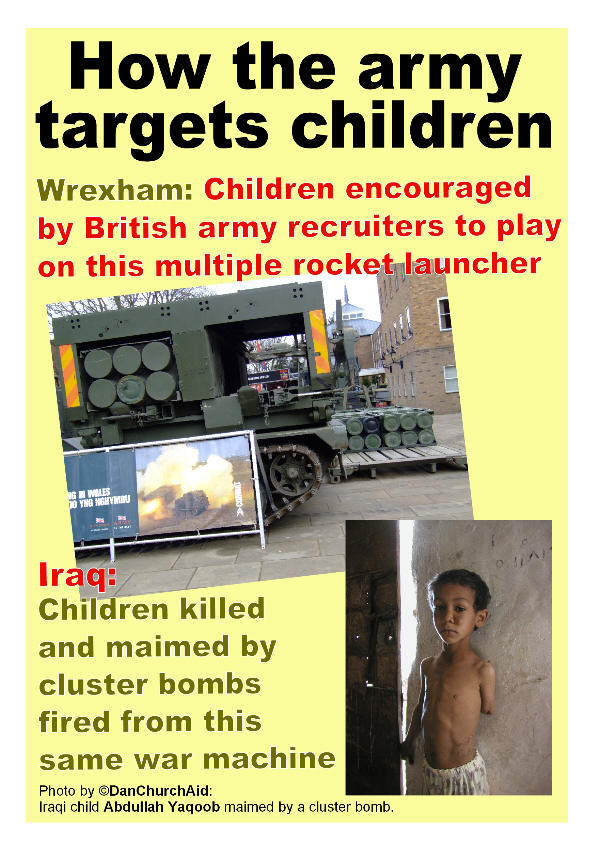 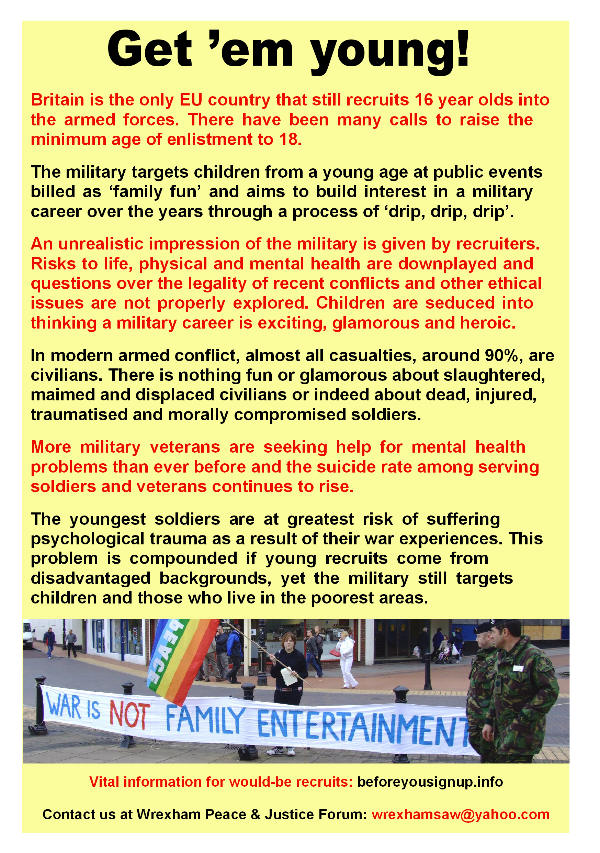 In the Morning Star

Well done guys. The photo where the army bloke is smiling whilst the kid plays with a machine gun is sickening.

letter in the guardian

Giles Fraser writes about the expansion of cadet programmes in schools and remarks "how little fuss has been made about this". Fuss is being made in some quarters. Here in Wrexham, we have previously challenged military activity days for schoolchildren, also the practice of bringing weaponry into the town centre for children to play on. This year, we protested on Armed Forces Day after the council failed to take seriously our concerns about recruiters targeting children – including soldiers showing small children how to fire guns.

For the past two years we have marked International Peace Day with children from several local schools who come together to discuss some of the issues around militarism and to explore the practice of peace.

If we really want to build a better world, the government should invest in peace education, not use schools to boost military recruitment.