50,000 March Against Austerity to a Media Blackout

Activists from across the North of England, including coach loads of protesters from Hull, York, Sheffield and Leeds joined a 50,000 strong demonstration in central London against the Austerity programme of the Conservative led coalition Government. 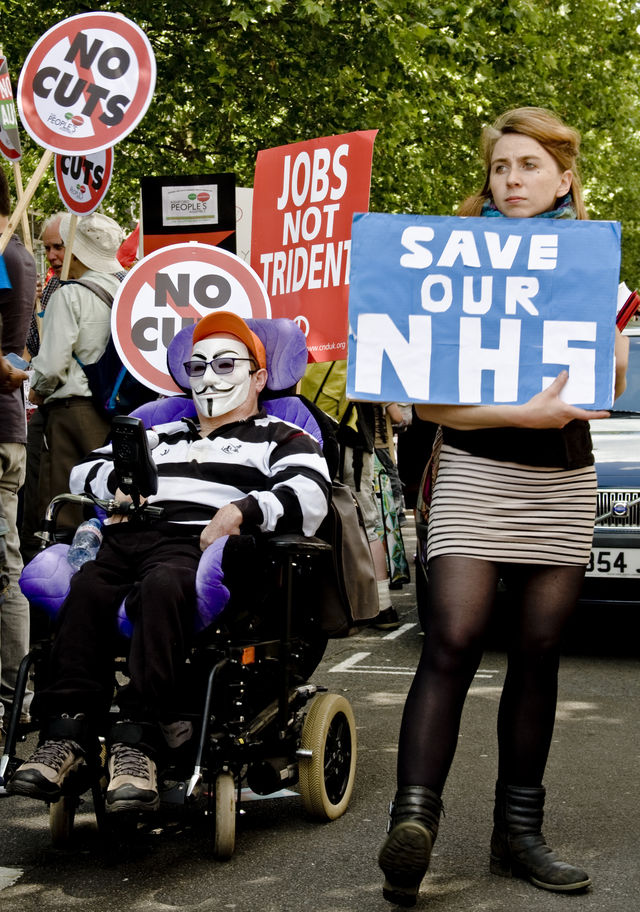 The People’s Assembly Against Austerity organised the mass march and rally which began outside the BBC buildings in Great Portland Street to protest the Corporations silence on previous huge demonstrations including the NHS event at the Tory Conference in September last year which drew similar numbers to Saturday’s event.

At a rally in Parliament Square following the march, comedian and activist Russell Brand told the crowd, “ The people of this building [the House of Commons] generally speaking do not represent us, they represent their friends in big business. It’s time for us to take back our power. The revolution that’s required isn’t a revolution of radical ideas, but the implementation of ideas we already have.”

Sarah Hemingway, Chair of Hull People’s Assembly said, “It is essential for the welfare of millions of people that we stop austerity and halt this coalition government dead in its tracks before it does lasting damage to people’s lives and our public services. Cuts are killing people and destroying cherished public services which have served generations. Our country is the seventh richest nation on the planet. It does not have to be this way. Why should the majority of us pay for the wreckage in our economy caused by an elite few with no consequences to them?”

Speakers included journalist Owen Jones who claimed, “The Tories are using the crisis to push policies they have always supported. For example, the sell-off of the NHS They have built a country in which most people who are in poverty are also in work.”

The protest is the latest of many organised by the People’s Assembly who in Hull have protested against the Bedroom Tax and attacks on the rights of disabled people by the Department of Work and Pensions.