Short Films: My Message to the Government #MyMsgToTheGov

5 short films were made at the People's Assembly National Demonstration in London (21.06.14). People attending were asked to contribute a one sentence message to the government. The messages were collated to produce 5 short films. The films highlight the impact of government cuts on a diverse range of issues affecting our community. 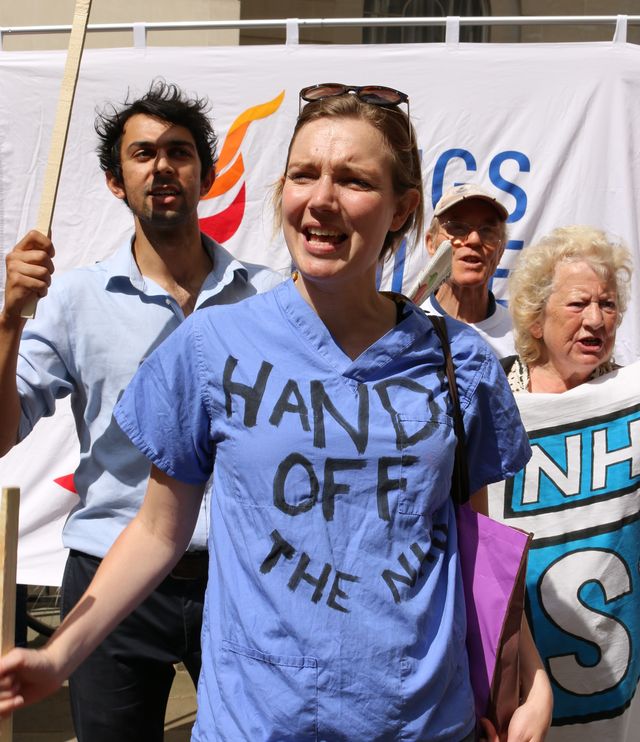 "Hands of Our NHS" People's Assembly National Demo Against Austerity 2014

The People's Assembly National Demonstration Against Austerity took place over the weekend. People attending were asked to contribute a one sentence message to the government. 5 short films were made which capture some of the messages shared and runs with the hashtag #mymsgtothegov – and asks viewers to use the hashtag to share their own personal message to the government, together with #NoMoreAusterity

Film 4 – “Think of the Little People”

The People’s Assembly against Austerity is organised and supported by a wide variety of associations, campaigns, unions, political parties and people. Campaigners assembled at BBC’s Head Quarters in Portland Place and marched to a rally held in Parliament Square.

What is fact, as evidenced by the support for the People’s Assembly against Austerity, the range of banners seen on the day and the messages shared, is that the government’s austerity measures are causing injury, pain and suffering to a wide breadth of people and communities.