Put your hands up and slowly step away from the wheelchair.

"Making a hand gesture of someone with a severe disability, the police officer mocked the activist. It reminded me of a sketch from the worst of a Bernard Manning show. The other officers greeted the impression with chilling laughter, nothing more than a reflection of the thoughts, gestures and actions of this government to the most vulnerable in our society." – ACAB

The senior officer slapped the palm of his hand on the top of his cap, the universal signal for ‘ON ME’, a military term for troops to assemble in a particular area. On that signal hundreds of specially trained Public Order cops from the MET Police streamed towards the area.

What was the special occasion? State supported extremists? Millwall or Chelsea fans? No, the targets were activists who are currently in receipt of Independent Living Fund. This fund is under threat from the so called ‘Austerity Cuts’. Following legal battles it was disclosed that this vital support is going to run out in 2015.

After months of planning, activists from DPAC

http://dpac.uk.net/, Occupy London and UK Uncut and others not affiliated to these groups came together and pulled off an 8 hour camp within the grounds of Westminster Abbey. It had been the aim of the protest to move from a policing situation to a political one within the shortest possible time. Much depended on the good will of the Church.

Instead the groups of activists, with various disabilities, some visible and some not were brutalized by the MET Police. At one stage an attempt was made to confiscate the accessibility ramps for wheelchairs. On another occasion a young lady was arrested by two thuggish TSG cops. Her crime? She asked one to move from the accessibility ramps, so that someone in a wheelchair may have the privilege of moving about freely.

It seems the Church don’t know the difference between right and Wronga. This time the money lenders would not be thrown from the House of their God. All miracles were cancelled for the sick and feeble, wheelchairs were forbidden and Jesus wasn’t coming to save anyone. It’s as if one Christian door closed on us, just as another was slamming in our face.

Some of us there have met informally over the last few days, discussing the good and bad of the action. It’s easy to fall into the trap of being overly critical. But let everyone who took part, whatever your role was on the day or supporting this action in the build up or afterwards, take pride in what you have achieved. We have a foe much stronger and better resourced than us. So let us build on this success, on the excellent planning, tight security, energy and diversity. We made headlines where 50,000 people including the great and the good could not, Disability rights is back on the agenda, it's being discussed and the fight continues. Direct action will always get the goods.

Throw that dunces cap away! 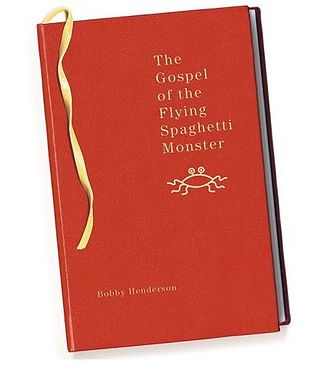 Now look you are still peddling a belief system that allows you some power and control, while hurting and damaging working class people who have quite sensibly thrown off the constraints of your misguided beliefs.

Religion, church you have been instrumental in the growth of capitalism and the state, and the further destruction of working class communities. Anything to prevent the social revolution that all us working class people carry in our hearts.

So fuck you and your little horrible god squad.