Promoting the release of a novel about food, water, shelter, and love by author Cosmo Starlight titled, "Freedom Afrika." This novel will be released on July 11, 2014 but is available for pre-order today. The book is this authors sequel to his debut titled "Freedom Incorporated" about bombs, bullets, powders, and policemen. For more information read this analysis and visit churchpublishing.info. Enjoy! 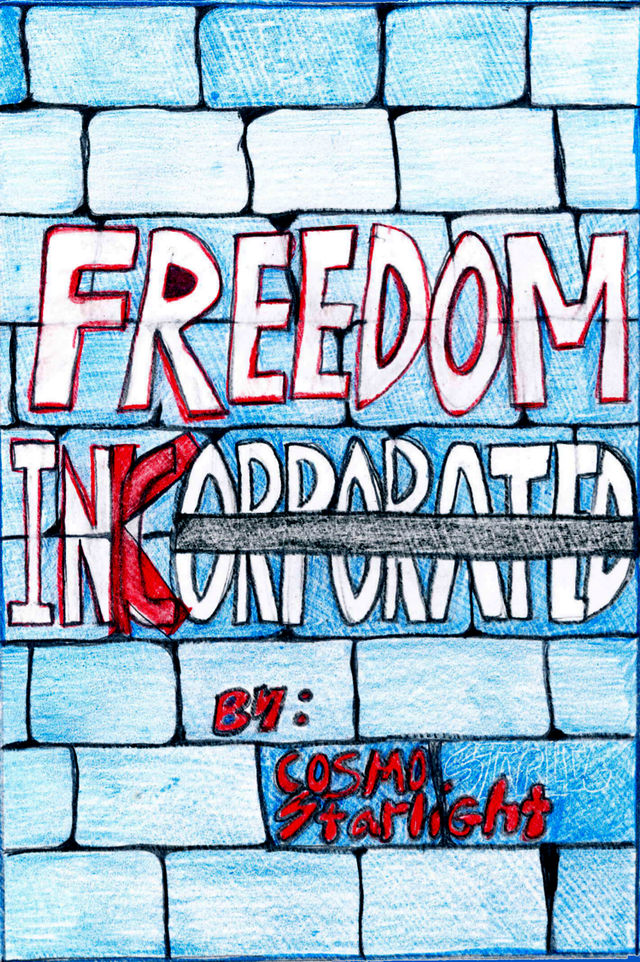 Cosmo Starlight's first novel's title "Freedom Incorporated" is a double-entendre. Entities having been incorporated are commonly abbreviated Inc. To incorporate means to contain the whole of something. In this book a massive low-security work camp operates using unseen security. And in terms of this fictional work-camp, a security apparatus incorporated state, federal, local, judicial, congressional, and executive government as well as its nation's political parties. It's incorporated private companies through nationalization, partnership, and/or regulation. The whole of society now needs to turn a profit in order to pay off it's debts. For businessmen that's normal. But the problem in Freedom Incorporated is this corporation operates covertly. It's a secret, so nobody knows and when that security apparatus is uncovered people are killed. In fact, in "Freedom Incorporated" by Cosmo Starlight main character Noodle Church is poisoned then imprisoned without a charge. He's held for seven days without a trial or right to a defense. Yet the book's last chapter contains a very positive message. That message could be interpreted to be free speech. Thus, the meaning of Starlight's double-entendre could be interpreted as 'Freedom Ink.'

Cosmo Starlight's sequel novel titled "Freedom Afrika" will be released on July 11th, 2014. The book can be pre-ordered as soon as today. While problems with Freedom Incorporated are bombs, bullets, powders, and policemen, in Freedom Afrika food, water, shelter, and love are created to lead the people.

I'm posting this information as an employee of Church, publisher and sole copyright holder to Starlight's work. I've also read Indy Media's Editorial Guidelines. This post contains advertisement of a commercial product. This post has original analysis (never posted anywhere else). This post promotes an event on July 11th. The reason this post should not be removed is a similar point Starlight makes in his book "Freedom Afrika" about taxes, donations, or price...it's all the same. Church Publishing promotes free-market economics. It publishes some information/entertainment for free but the company needs currency to operate. Therefore, thanks for supporting this post, the company, and authors!