Documents from the Department of Budget and Management (DBM) last year showed that five congressmen belonging to the Makabayan bloc in the House of Representatives received a combined P481 million in Priority Development Assistance Fund (PDAF) since President Aquino assumed office in 2010. 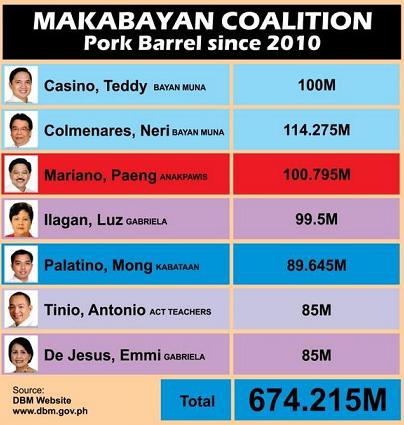 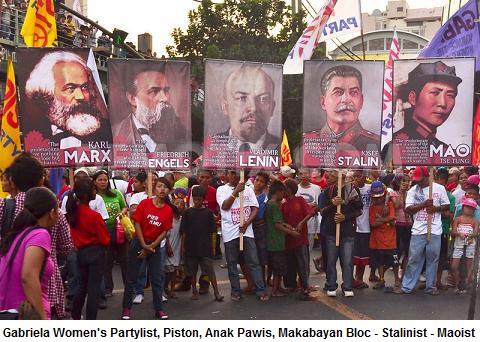 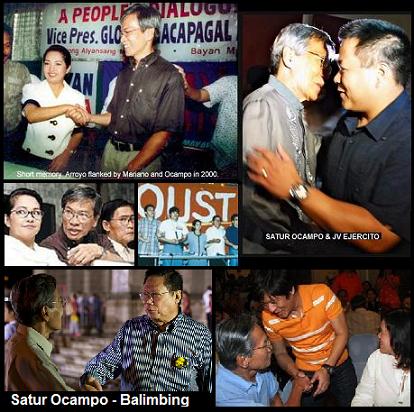 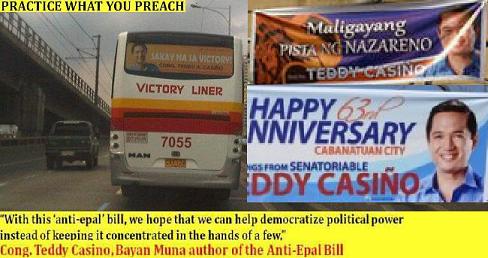 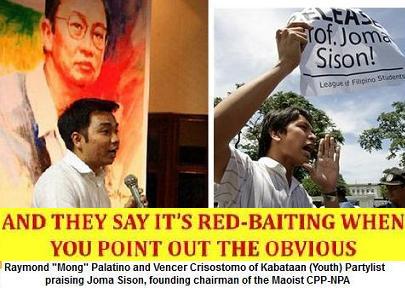 Last year, the Makabayan bloc filed a bill scrapping the pork barrel system, saying that it was a “form of institutionalized patronage and officially tolerated graft and corruption.”

In a letter to the Inquirer published on Sept. 7 last year, Casiño called critics of the Makabayan bloc hypocrites.

In his letter he said: “It is no secret that from 2001 to 2004 and again from 2010 to 2013, we used our Priority Development Assistance Fund allocations to fund much-needed projects and services for our constituents. We believed that in properly and judiciously using the funds, we were doing our people a service. We never hid this from the public, as the editorial alleged.

Please note that none of our projects and none of our representatives have been tainted by any anomaly or corruption.”

He added, “We are not afraid to lose the pork barrel. In fact, Bayan Muna and other progressive parties continued to fulfill their duties well when the Arroyo regime denied us the PDAF from 2005 to 2010 and murdered hundreds of our members and supporters.”

MANILA, Philippines–One of the most vocal critics of the Disbursement Acceleration Program (DAP) in the House of Representatives was allocated the economic stimulus fund that the Supreme Court recently declared unconstitutional.

Documents obtained by the Inquirer showed that P25 million in DAP funds was earmarked for Bayan Muna Rep. Neri Colmenares. The funds were released in two installments over the past two years.

Colmenares is the head of the House Makabayan bloc, which is leading calls for the impeachment of President Aquino and supporting the plunder charges filed against Budget Secretary Florencio Abad, believed to be the architect of the DAP.

Shortly after the Supreme Court issued its adverse ruling on the DAP on July 1, Colmenares said the President could not invoke good faith behind his administration’s “invention” of the DAP as he “knew right from the start that the DAP is unconstitutional.”

In a text message, Colmenares said he was not informed of the source of the funds but he stressed that these were fully liquidated.

“I was not aware that projects I nominated were funded by the DAP nor did I receive documents that show these came from the DAP,” he said.

The lawmaker said he proposed the projects to the Department of Budget and Management (DBM).

“I nominated school supplies and feeding projects for the poor to the DBM. I checked from the DBM if they funded the projects and they funded P15 million for hospital assistance and health kits under an item called Continuing Appropriations and not the DAP,” he said.

He was supposed to receive another P10 million for a milk-feeding project in October last year. “I withdrew in writing my endorsement when I suspected it may have come from the DAP,” he said.

Colmenares was allocated P10 million through eight special allotment release orders (Saros) released on April 14 and 17, 2012, a month before the Senate, acting as an impeachment court, voted to convict then Chief Justice Renato Corona for not declaring certain assets, resulting in his ouster.

Colmenares was one of 11 House members who constituted the prosecution team during the Corona impeachment trial.

Colmenares said he was not aware if the other prosecutors were asked to nominate projects and if these were funded by the DAP.

The first installment of Colmenares’ DAP fund were for the following projects:

– P2 million through the Department of Social Welfare and Development.

– P10 million for the construction of farm-to-market roads in Barangay (village) Sua in Masantol, Pampanga.

– P1.5 million for a multipurpose building in Sorsogon City.

– P1 million for a multipurpose building in Baler, Aurora province.

A left-leaning lawmaker's net worth more than doubled in 2013, his statement of assets, liabilities and net worth (SALN) showed.

Bayan Muna Rep. Neri Colmenares made his SALN public supposedly to show that he has nothing to hide as far as his wealth was concerned. He gave the media a copy of his SALN on Thursday.

The party-list congressman made the disclosure ahead of the House of Representatives' planned release of a summary of all the House members' net worth based on their SALNs.