Fascists Run Out of Cricklewood - Again!

They came, they sneered , they fucked off with their tails between their legs 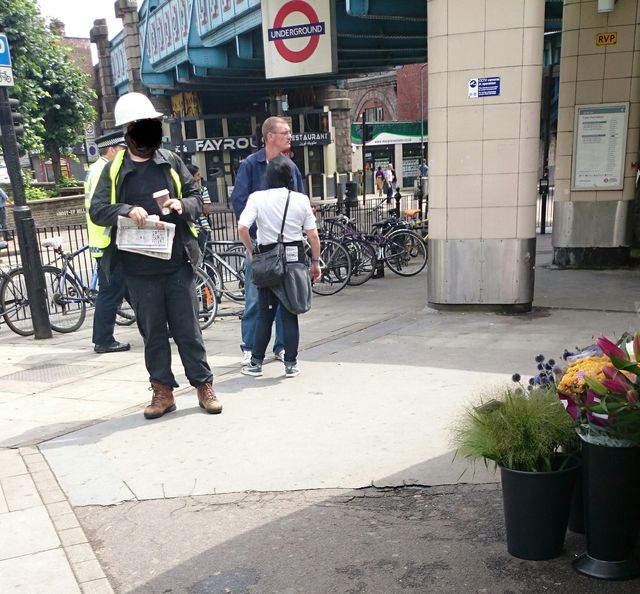 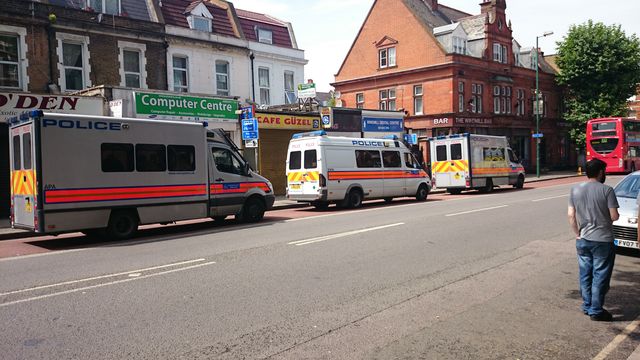 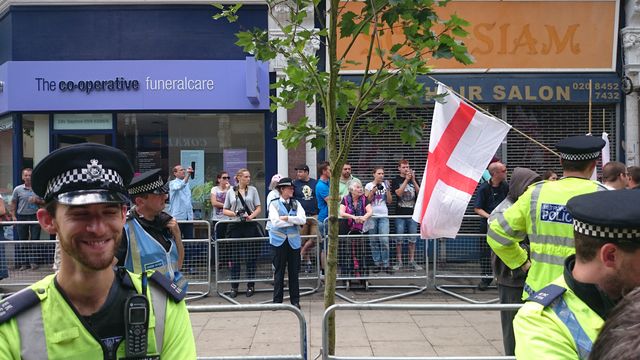 Copper Smiling After Paul Pitt Declares He's Not A Racist 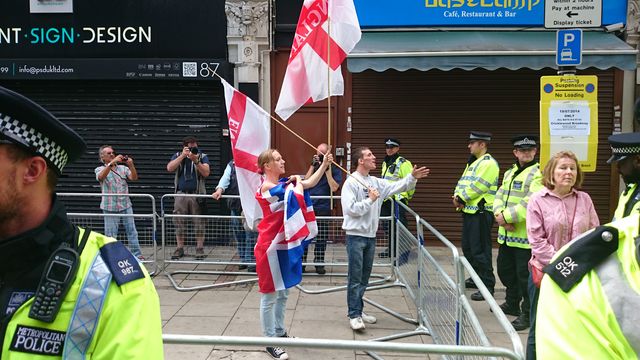 Master Race You're Having A Laugh

Fascists Run Out of Cricklewood – Again!

It was hot, and then it got hotter and hotter. The predictions of thunderstorms failed and so did the South East Alliance – massively. Only managing to muster seven or so comparable idiots, Paul Pitt’s attempt to go where he wants was laughable. They have bragged on their Facebook page that their brave lads “made it” to the pen. Well I should think so, they were escorted by their personal bodyguard , the Met, without any resistance, until they go to their pig pen. Not really a major achievement even for this bunch of fuckwits!
They didn’t get there entirely freely. We had eyes on them as soon as they arrived at Kilburn station and mixed with them freely without them nor the cops even realising. We knew when they were setting off, that they had spotters on the road into Cricklewood and that they had installed some of their crowd ( I use the word liberally) in a local pub , just down from the pig pen. All of this was communicated to our comrades up the road.
Those comrades consisted of 300 – 400 antifascists, local residents and many other non aligned people. Pitt and his bunch of no hopers tried and tried again to spread their racist bile but were soundly shouted down. One of his cronies accused us of protecting the Muslim Brotherhood. We weren’t there to protect anyone. We were there to give the SEA a clear message; they will never be allowed to gain a foothold on any street as long as we are around.
There have been reports of Britain First going into working class suburbs of the main cities and recruiting. This is how fascists work. They establish a presence in neighbourhoods, instilling fear and intimidation, so that any opposition is violently put down. They get their foothold by representing themselves as engaging in the democratic process and claiming that their democratic rights are being denied. But as soon as their confidence grows out come the nazi salutes, racist language and violence. The SEA claim that they are a non political community group … pauses to wait for laughter to stop… but this is a front they use to try and maintain a presentable public persona. Paul Pitt, who has well known UVF connections, let that mask slip quite quickly on the day by threatening to knock people “the fuck out”, backed up with similar threats of violence by his grinning , goading goons.
The time came for the fash to fuck off back to Little Britain. We didn’t want them getting lost so we decided to escort them back to Kilburn tube station. Realising that they would soon be safe and sound in their hovels they started to get braver and the threats of violence got more vociferous. We were told to get a job and that they pay for our benefits but despite all this abuse we persisted in what we thought was our civic duty and made sure that they made it safely on the train.
Paul Pitt shouted “No Surrender” when he left the pig pen; don’t worry Paul, we don’t intend to.