Israel, and the war against the Palestinian Government.

On 2nd June 2014, the Unity government of Palestine (Palestinian Government) was formed under Palestinian President Mahmoud Abbas. The "Unity" government brings together the FATAH and HAMAS parties to unite the cause of Palestinian statehood under a single political banner... 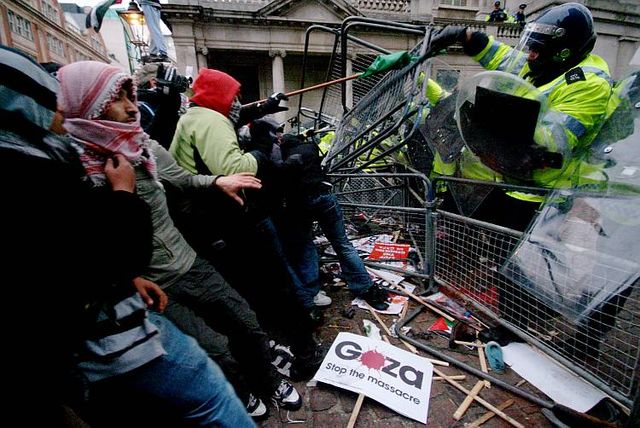 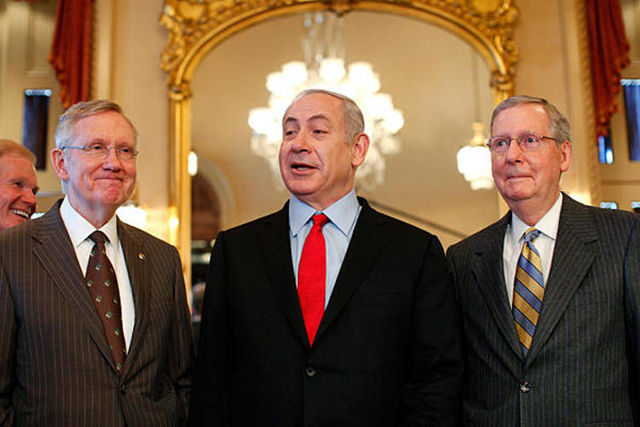 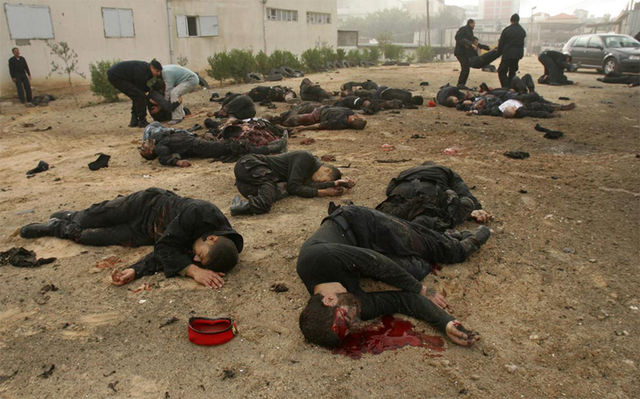 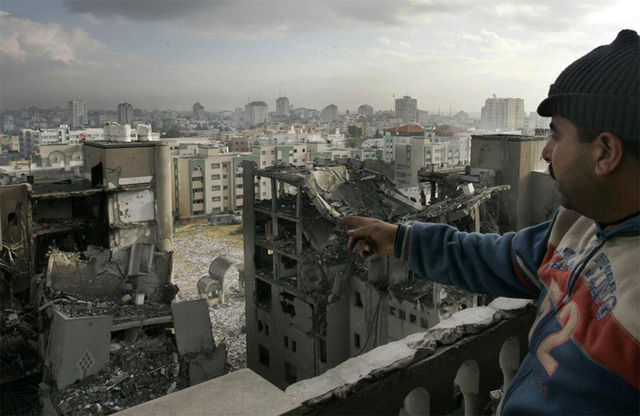 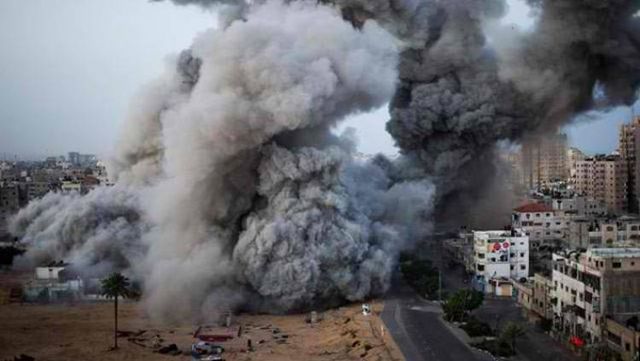 War on the Palestinian Government, 2014. 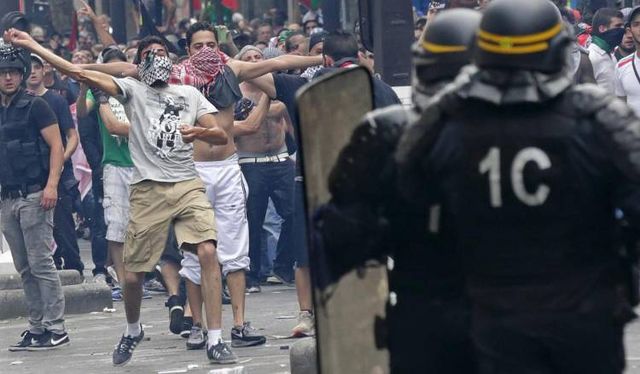 Hours before the formation of the new unity government, Israel attacked sites (1) within Gaza claiming a response to rocket fire from Gaza.

On 4th June 2014, HAMAS began the process of handing control (2) over its political offices formally to control by the Palestinian Government.

The formation of the Palestinian Government was widely received in positive terms with The European Union, the United Nations, the United States, China, India, Russia and Turkey all showing strident support for the new entity. These supporters represent the largest population centre's anywhere in the world, and combined, present a the worlds largest known bloc of influence. Only global public opinion is greater.

The new unity polity which has formed in Palestine proper represents the logical conclusion of Palestinian efforts to consolidate international support for Palestinian statehood. Increasingly, Israel's complaint of "international terrorism" to proscribe Arabs living in either the West Bank or Gaza, along with its disastrous policy of attempted isolation of Iran and its nuclear development program, has together congealed to bring about a deep mistrust of Israel's presence on the international stage. Fundamentally, the Israeli state is seen to be a destabilising influence and through its use of violence toward the indigenous populace of Arabs, it is seen to be a nursery for injustice and violence which inevitably concerns and spills over into the international community.

On 12th June 2014, three Israeli nationals were murdered while travelling home. The three were later named as Naftali Fraenkel (16, from Nof Ayalon), Gilad Shaer (16, from Talmon), and Eyal Yifrah (19, from Elad). Within days of the murders, Israeli Prime Minister Benyamin Netanyahu stated that the three Israeli's had been murdered and that HAMAS carried responsibility for the attacks. It has since emerged that this account (4,5) was spurious. Regardless of who was actually responsible for the murders, it would be certain that popular reaction to the murders would take the form of Jewish hatred directed toward Arabs, thereby fuelling a new bout of reactive conflict to plant as a shadow at the feet of the new Palestinian Government.

In reaction to the statements made by Netanyahu, Israeli nationalists began the process of extracting (6) HAMAS Palestinian Government representatives from the West Bank; removing them back to Gaza. This constitutes direct disruption of the Palestinian political process, a much demanded requirement of the international community. This requirement is within the natural remit of the U.N. which has an obligation to seek political solutions to conflict under the terms of its charter. By violently breaking up and dispersing HAMAS from within the Palestinian Government, Israel has destroyed its own political credibility on the international stage.

On 11th June 2014, Israeli air-strikes in Gaza killed a Palestinian (7). The killing was accompanied by a now familiar proscriptive polemic. Israeli Prime Minister Benjamin Netanyahu said in a statement immediately after the killing: “This is the true face of Hamas; it is continuing to plan terrorist attacks against Israeli citizens even as it is inside the Palestinian government.”

The ground had been laid for a new bout of conflict between Israel, FATAH, and HAMAS. What followed was a routine and tiresome operation to de-legitimise the newly formed Palestinian Government on the world stage. The policy was eerily similar to previous "operations" in 2008/9 during operation "Cast Lead" and in 2012 with "Pillar of Defence". On each and every occasion, Israeli nationalists have rolled out pre-planned violence in populist form which has been heavily geared toward synchronicity with its public relations Hasbarian provision. On each occasion, Israeli military tactics has shown themselves to be aggressive, illegal and persistently in tune with the long time Israeli strategy of denial of Palestinian statehood.

As each "operation" has unfolded, Palestinians have responded with small arms projectiles fired into Israeli territory. In response, Israel has sought to use its U.S. supplied "Iron Dome" anti-missile systems to stay the incoming threat. Despite the "apparent" effectiveness of this system in deflecting incoming projectiles, Israel has continued to bombard the Palestinian populace with heavy weaponry in the form of airstrikes, tank fire and wire guided missile technology. This response is holistically disproportionate and deliberately so.

Throughout, the "operation" to proscribe the new Palestinian Government was enjoined (8,9) by Israeli media keen to deliver the strategy not only to the Palestinian people themselves, but to the wider international community. This included spurious Israel-centric online media (10) seeking evidence that Palestinians could be seen to be gloating over the recent killings. This type of media continues to be solely concerned with "articulating" Israeli military strategy to the wider public, both inside Israel and out.

On 1st July 2014, and having convinced themselves of the legitimacy and truth of their cause, Israeli nationalists deployed (11) in larger numbers to press home the assault on Palestine.

The continuing "operation" to criminalise and de-legitimise the Palestinian Government continues. As of 25th July 2014, the number of Palestinian dead (12) has now risen above 1000.

At the time of writing [25th July 2014], HAMAS has been presented by the Israeli military with a "truce" lasting 12 hours and scheduled to end at 21hrs.

In reality, this "truce" is an ultimatum to surrender to brazen Israeli military aggression, directed by a shadow Israeli military government, itself incensed at the continuing aspiration of Palestinian statehood.

Over the course of the previous weeks, the issue at hand has been primarily dominated by the international community in the form of Israel and its "western" backers the United States and its various dependencies. To date, and has always been the case, inaction in the face of chronic organised violence has been the face of the diplomacy presented. Despite huge international protests spanning much of the globe, public opinion has clearly been dismissed in favour of Israeli nationalist polemic. There has been no end to the violence, and little if any coherent public representation beyond indirect statements of obvious tactical and strategic loyalty for the Israeli state. Much of this loyalty curiously takes the form of the Marxist strategy of vanguardism. By pretending qualified opposition to the violence, Israel's historical allies have shown Israel a clear path to further violence against the polity of the Palestinian Government. Ineffective protest is the means by which that violence is being enabled.

10 (10) "This Is How Some Palestinians Are Celebrating the Kidnapping of Three Israeli Teens". 15th June 2014.