NOAH'S ARK CAMPAIGN TO PREVENT ECOLOGICAL CATACLYSM
AND THE EXTINCTION OF ALL LIFE ON EARTH
CAN YOU SAVE THE HUMAN RACE?
The Eco-Warriors are planning the Noah's Ark Campaign as a rescue mission for the islanders in the South Pacific whose island nations are being submerged by the rising sea levels, and we intend to travel to the South Pacific on an ocean liner called Noah's Ark to publicise our appeal to all the governments of the world to help evacuate all the low-lying islands before they vanish beneath the waves within the next four years. 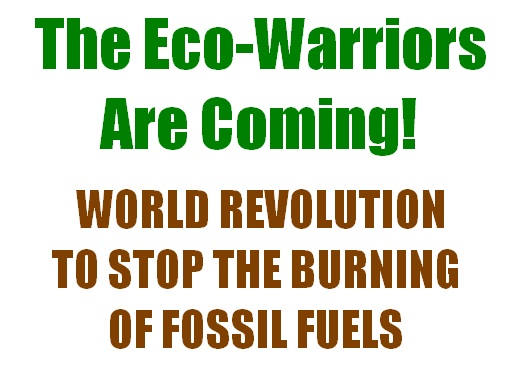 The Noah's Ark project will be our contribution to the World Revolution to stop global warming from destroying the earth and driving the human race to extinction this century as a result of the burning of fossil fuels which is the root cause of climate change and the terrible out of control thunderstorms of fire in the Arctic region as the melting methane hydrate gas burns the permafrost in Siberia and Russia.

WHO WE ARE
The eco-warriors are the environmental activists who helped to plan and organise the road protests in Britain in the 1990s, from Twyford Down to Newbury, Claremont road M11 campaign, Fairmile, Manchester Airport second runway, the Children's Revolutions at the Camps for Climate Action, the Bilderberg Fringe Festival near Watford, and the School for Eco-Warriors at the Cat Hill protest.

The Noah's Ark Campaign is intended to be a massive worldwide publicity campaign by environmental activists, scientists, citizen and mainstream journalists, photographers, film-makers, musicians and entertainers, to raise awareness about the worldwide flooding that is being caused by global warming, and the imminent extinction of the human race as the flood waters rise and the methane melts in the polar regions threatening to make the earth uninhabitable and wipe out all life on earth within 20 years.
The eco-warriors are working to try to ensure the survival of future generations and we intend to continue making our reality tv show for the children entitled "Can You Save the Human Race?" during the Noah's Ark expedition to the South Pacific.

HOW YOU CAN HELP
If you know any of the South Pacific islanders who either live in the South Pacific or elsewhere please let them know that the environmental movement cares about them and that the eco-warriors are coming to help them as soon as possible, and that we are sorry that it has taken so long for us to be able to come to their aid.

Please contact urgently the governments of Tuvalu, Kirabati, and the Marshall Islands through their embassies and consulates worldwide, and tell them that the eco-warriors are aware that their island nations are vanishing beneath the rising sea levels and that we are working to help rescue their entire populations even if we may not be able to save their islands from disappearing forever under the sea.

The Noah's Ark Campaign has three facebook community pages, Noah's Ark for news about the project, the Eco-Warriors for news about ourselves, and the Earth newspaper for networking and promotion, and we would like to appeal for more activists and citizen journalists to volunteer to help as editors.

We would also like to ask everyone who is concerned about the destruction of the earth and the imminent threat of the extinction of humanity to help us with our global publicity campaign by publishing and broadcasting the good news about the Noah's Ark project all over the world, including the countries of New Zealand, Australia, Fiji, Samoa, Tonga, New Guinea, Tokelau, Hawaii, and Tahiti.

THE NOAH'S ARK CAMPAIGN WISH LIST
The eco-warriors will need an empty building or other unused property close to Tilbury Docks, Liverpool Docks, or the port of Southampton where the ocean-going ships come in, which the eco-warriors can use as an office, second hand market, and conference centre for us to plan and organise the Noah's Ark Campaign.
We will also need an ocean liner, either new, second hand, or abandoned and ready to squat with the Jolly Roger flying.
Amphibious vehicles such as ex US Army Ducks.
Food and fuel for the journey.
Laptop with one terrabyte hard drive, 8 gigabytes of RAM, suitable for video editing.
Help with crowd sourcing and crowd funding.
Benefactors willing to help pay the expenses.
Two of every kind of animal on the earth.