On 9th August 2014, around 150,000 people assemble in Central London to march in solidarity with the suffering populace of Gaza. 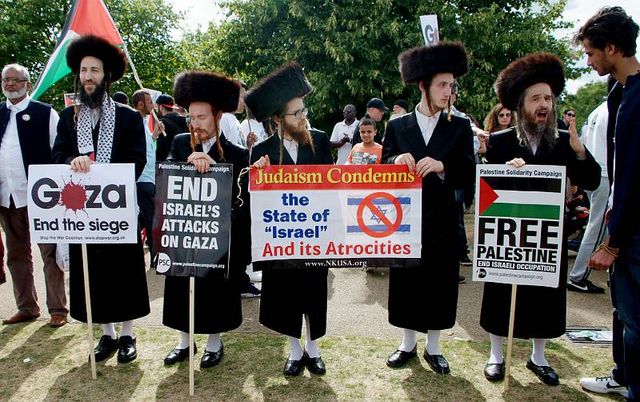 Orthodox Jews in support of Palestine. 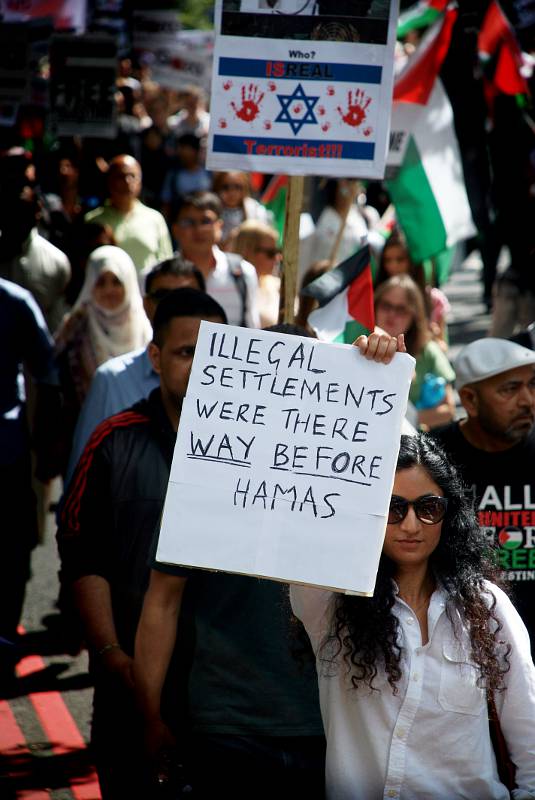 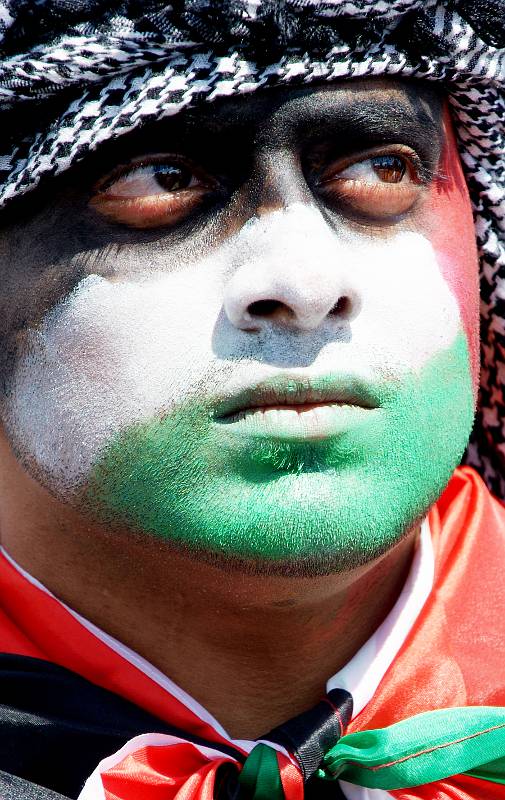 The colours of Palestinian statehood. 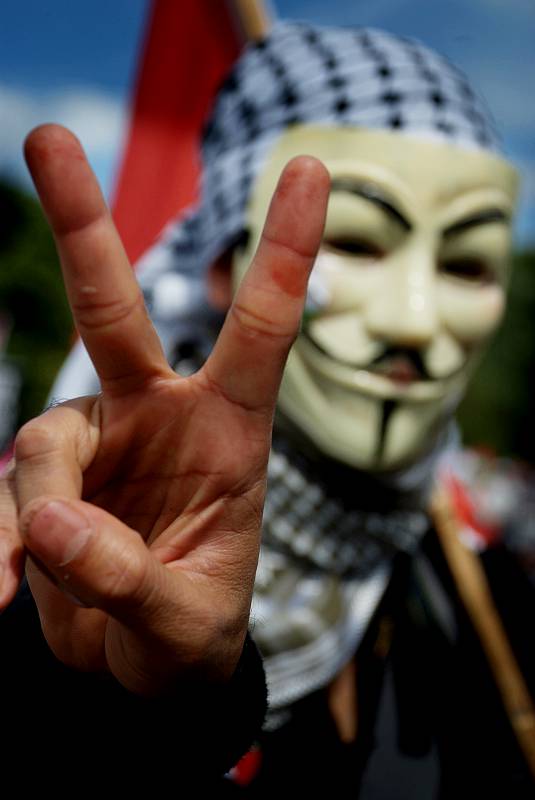 The symbol of Justice - Anonymous. 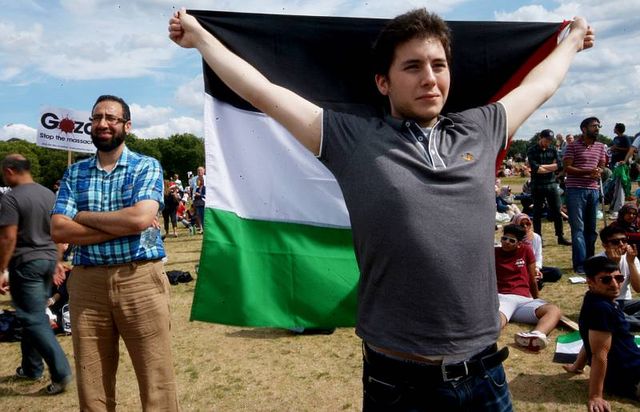 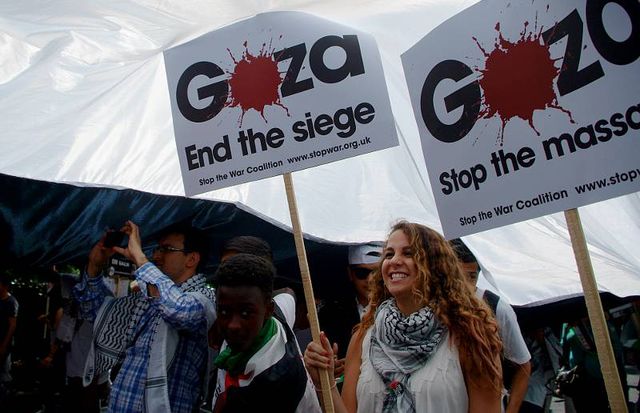 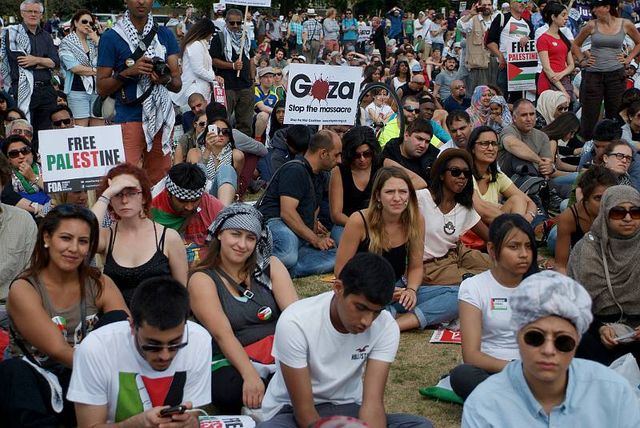 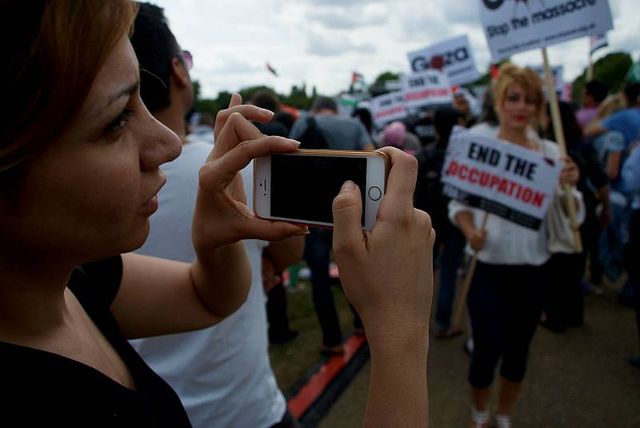 On 9th August 2014, around 150,000 people assemble in Central London to march in solidarity with the suffering populace of Gaza.

The campaign for public awareness takes place as Israel again breaks a ceasefire agreement with HAMAS, one of many it has broken since June 2014.

The march assembles at Greta Portland Street, home to the British Broadcasting Corporation (B.B.C.), and heads toward Hyde Park in Central London.

The B.B.C. has long been criticised for its coverage of the "Israeli/Palestine conflict", having led the way for British media to articulate the "conflict" as being one of equality between the badly equipped and poorly supported HAMAS government in Gaza, and the heavily equipped and U.S. funded Israeli Defence Forces. Twinned with this policy of "conflict equality", the B.B.C. has engineered a spurious and lop-sided media policy of selective reporting of violence in the region. This entails actively failing to broadcast incidents in which the Israeli Defence Forces engage in military activity against the government of HAMAS, such as summary detention, assassinations and rounding up of HAMAS members en-masse.

In June of this year, the Israeli Defence Forces began the process of dispersal of the newly formed Unity Government of Palestine in an attempt to prevent Palestinian sovereignty from forming. Widespread arrests and detention of HAMAS members, democratically elected by the Gaza'n population, were broadly ignored by British media.

As the situation deteriorated and HAMAS reacted to the arrests, Israeli Defence Forces carried out air-strikes against the populace of Gaza, which then begun to be reported by British media as retaliation for rocket fire from HAMAS operatives.

This B.B.C. media "process" fits a long used template by British and U.S. media and has led to serious and sustained questioning of the B.B.C.'s credibility as a news gathering and broadcasting organisation.

The march, attended by around 150,000 people, snakes through the streets of London and finally arrives some hours later at Hyde Park in central London. There, the assembled crowd listen to speeches given by a range of political advocacy groups.