On Sunday August 10th 2014 the annual Hiroshoma Day rememberance ceremony took place by (and on) the River Cam at dusk. 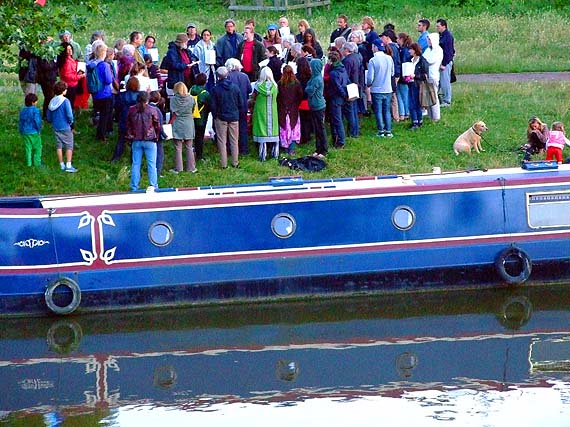 A short ceremony with readings... 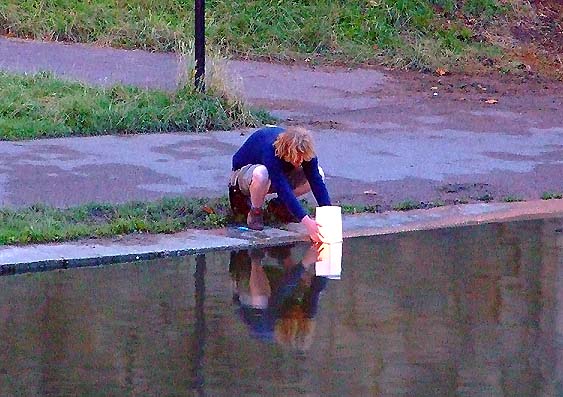 ...Then the first lantern was cast adrift upon The River Cam. 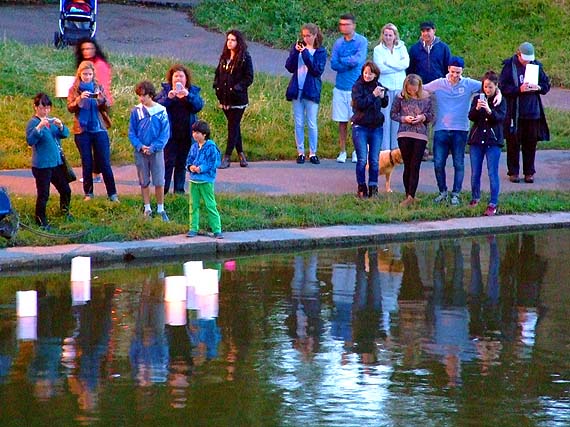 There was quite crowd of onlookers and participants for this event. 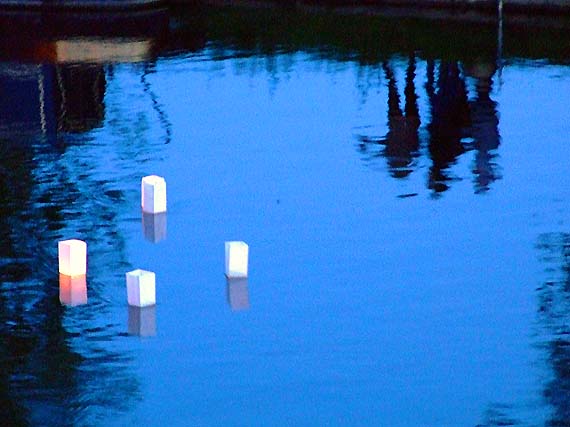 The true beauty of the lanterns only revealed itself in the dusk. 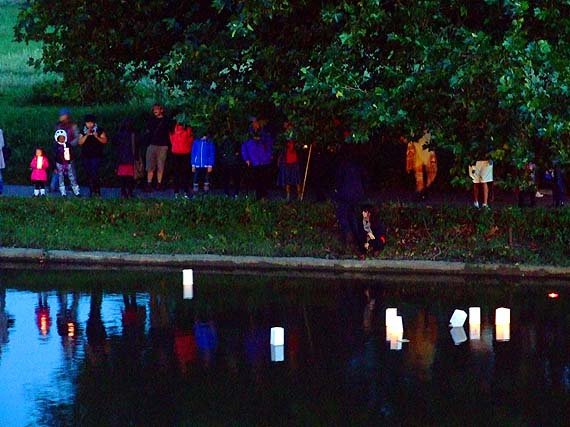 Some people followed the progress of the lanterns upstream. 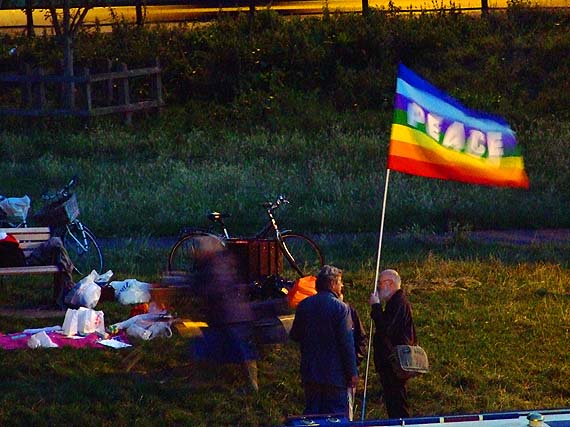 A little more peace in the world would be good! 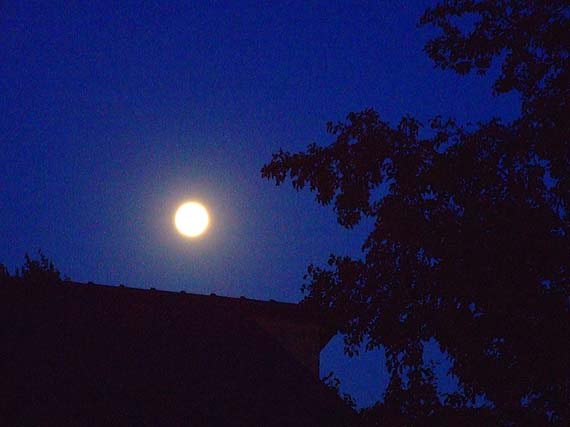 This event takes place at the same time every year in Cambridge to mark the apocalyptic moment in history when the first atomic bomb was dropped on a city, effectively - and very abruptly - ending World War 2 in the Pacific.

A short ceremony took place, where local activists did readings to commemorate this horrible moment and the hundreds of thousands of people whom were killed by 'The Bomb', both at Hiroshima and Nagasaki, then to the accompanyment of a lone flute player, all gathered lit some paper lanterns and cast them adrift upon the River Cam.

Sadly, this year there was added poignance to this ceremony, given how many warzones are afire, both in The Middle East and Ukraine.

We can only hope these events do not merge to create another global catastrophe, but then this will depend entirely upon the decisions of the U.S.A. and Russia over the coming months.

As if to add to the dramatic power of this happening, there also a full Moon to illuminate the scene.

All lanterns were removed upstream later so as not to cause harm to houseboats or the bird life living on the river.