Philippines - On the arrest of “The Butcher” Jovito Palparan

The arrest of “The Butcher” Jovito Palparan is long overdue. The warrant for his arrest was issued in December 2011. Under the Aquino regime, justice for Palparan’s victims remains elusive. 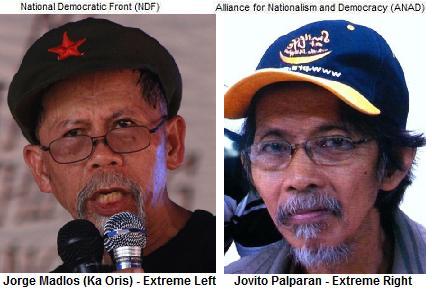 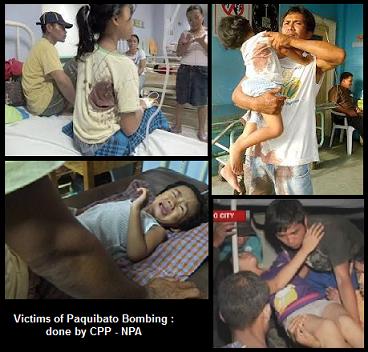 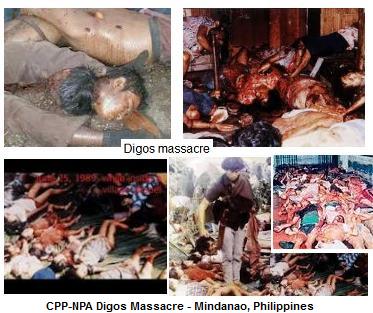 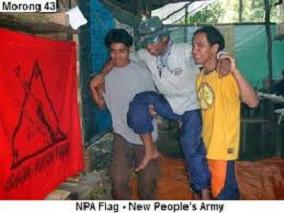 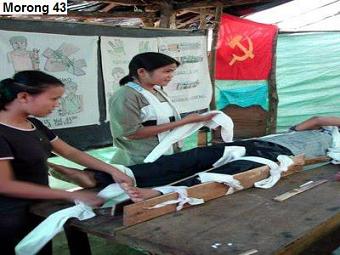 There should be no special treatment for the ex-general. We look forward to a speedy trial so that justice can finally be rendered in the disappearance of our colleagues and friends Karen Empeno and Sherlyn Cadapan. Their families have been fighting for justice for years now. It is time to send a message to the AFP and all human rights violators that justice is the only answer to impunity. The Aquino gov’t must not bungle this case.

We remember our friends and colleagues; Karapatan’s Eden Marcellana, KMP’s Eddie Gumanoy, Atty. Juvy Magsino, teacher Leima Fortu and many others who were also victims of Palparan’s reign of terror in Mindoro, Central Luzon and Eastern Visayas. Up to now, they have not been given justice by the Aquino regime.

We will be vigilant against any government compromise with Palparan, as we fight Aquino’s own human rights violations under his regime’s Oplan Bayanihan counter-insurgency campaign. We call on the public to support the families of the victims and to closely monitor the case versus Palparan.

The Communist Party of the Philippines (CPP) today said the long overdue arrest of former Philippine Army general Jovito Palparan this morning was carried out by the agents of the Aquino government amid continuing widespread military and police abuses and grave violations of human rights, especially against peasant masses and minority peoples.

“Thousands of victims of General Palparan’s campaign of terror have long demanded justice for the crimes and abuses perpetrated by the fascist troops of the AFP under his command,” said the CPP.

The CPP said Palparan’s campaign of terror was directed against unarmed activists among the ranks of peasants, workers, students and other oppressed sectors who helped organize the downtrodden masses to enable them to defend their rights and advance their democratic interests.

“For all of General Palparan’s acerbic rhetoric against the New People’s Army (NPA), his battlefield record against the NPA was unremarkable,” pointed out the CPP. “He gained his notoriety in employing AFP terrorism against civilians and activists whom he invariably regarded and treated as armed combatants.”

Wherever he was assigned, General Palparan maintained and directly commanded a death squad which carried out abductions, torture and extrajudicial killings against activists and suspected supporters of the revolutionary movement.

He and his men were directly responsible for the 2006 abduction, torture and disappearance of UP activists Sherlyn Cadapan and Karen Empeño and their companion, peasant activist Manuel Meriño in Hagonoy, Bulacan; the 2006 abduction and torture of brothers Raymond and Reynaldo Manalo, in San Ildefonso, Bulacan; the 2003 killing of human rights activist Eden Marcellana and peasant activist Eddie Gumanoy in Mindoro; and numerous other crimes.

“The AFP has officially endorsed, supported and perpetrated the terror tactics employed by Palparan against the people,” said the CPP. “He was assigned as head of several Army battalions and divisions in Ilocos, Mindoro, Eastern Visayas and Central Luzon during which he unleashed a reign of terror, abuses, abductions, torture, enforced disappearances, food and economic blockades and martial law restrictions against entire communities.”

The CPP pointed out that the Aquino regime has yet to firmly condemn the grave abuses of human rights committed by the AFP under its Oplan Bantay Laya I and II campaigns of suppression. “Not a single military official has been put to account for more than a thousand cases of extrajudicial killing and countless cases of human rights abuses perpetrated by the AFP.”

“The AFP’s official human rights rhetoric is a mere facade to conceal the brutalities perpetrated by its commanders and troops in conducting its Oplan Bayanihan was of suppression, mostly directed against the civilian population, drawing from the methods employed by the fascist general Palparan,” said the CPP.

“The crimes perpetrated then by Palparan continue to this day, despite all the loud peace and human rights rhetoric of Aquino and his military and security officials,” added the CPP. It pointed out to the killing by armed state agents of peasant activist Gregorio Galacio last July 19. For many years, Galacio was actively seeking justice for his daughter Grecil, a 9-year old schoolgirl killed by elements of the 28th IB in 2007 who claimed that she was a child soldier of the NPA to conceal their crime.

In Iloilo, elements of the AFP’s 82nd IB killed 38-year old peasant Gerardo Larbo last July 17 while he was harvesting their family’s corn plot. He was branded by the AFP as an NPA combatant.

“Abuses of human rights against the people are worst in areas where the AFP conducts its Oplan Bayanihan operations, mostly in rural hinterlands, where foreign big mining, logging and plantation operations seek to rob and plunder the land from the peasants and minority peoples,” added the CPP.

“From the Mountain Province in the Cordilleras to the Pantaron range of the Talaingods in Mindanao, the AFP drops bombs and fire artillery against farming communities, entire combat units swoop down on residential areas, occupy the people’s homes, accusing them of supporting the New People’s Army, turning schools, day care centers and barangay halls into barracks, endangering the people’s lives, violating their civil and political rights with impunity and traumatizing children and elderly people.”

“Indeed, the arrest of General Palparan has been effected, but his fascist legacy of extrajudicial killings and military terrorism continues to thrive under the Aquino regime.”

Bayan Muna Representative Carlos Isagani Zarate said the arrest of fugitive Jovito Palparan is a “long delayed action” in the search for justice for the two (2) abducted and still missing University of the Philippine students — Karen Empeño and Sherlyn Cadapan, as well as for the other victims of human rights violations under his “brutal reign.”

“We laud the relatives of the victims, particularly the parents of Karen and Sherlyn, for their relentless efforts to make the favorite general of Gloria Arroyo accountable for his crimes,” Rep. Zarate said.

Rep. Zarate noted that the “arrogance” of the arrested former general even in the hands of the authorities.

“For a person who used to brag about his power and influence while committing his crimes with impunity, it is shameless for Palparan to demand some special considerations because of the phantom threats that he supposedly faces,” Rep. Zarate said.

“He must be prosecuted now to the full extent of the law. His arrest should not be used mainly to score political pogi points at the expense of the victims’ relatives who have been waiting for nearly four (4) years to see Palparan behind bars,” Rep. Zarate said as he noted that Palparan’s arrest came in the wake of the all-time low popularity rating of Pres. Aquino as well as the bribery issues that hit the Justice department relating to the infamous 2009 Ampatuan massacre.