Scottish Palestine Solidarity Campaign (SPSC) called for a demonstration outside the offices of Raytheon in Glenrothes, Fife. Here are 20 photos of the day plus a video clip of the march through the town of Glenrothes. 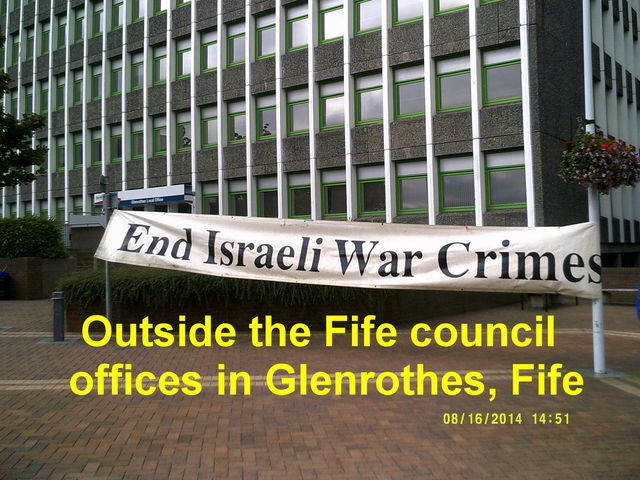 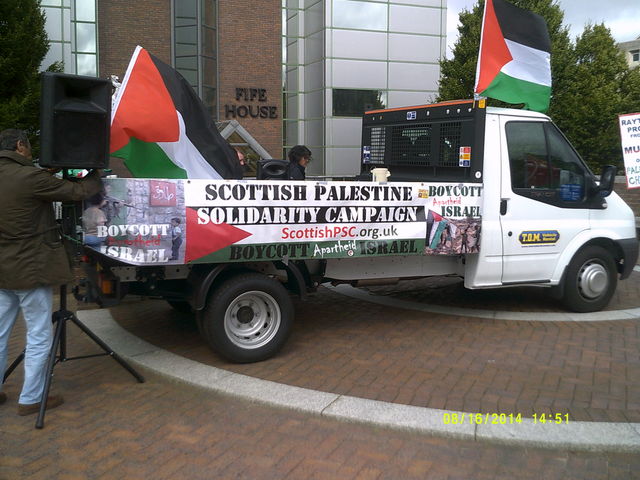 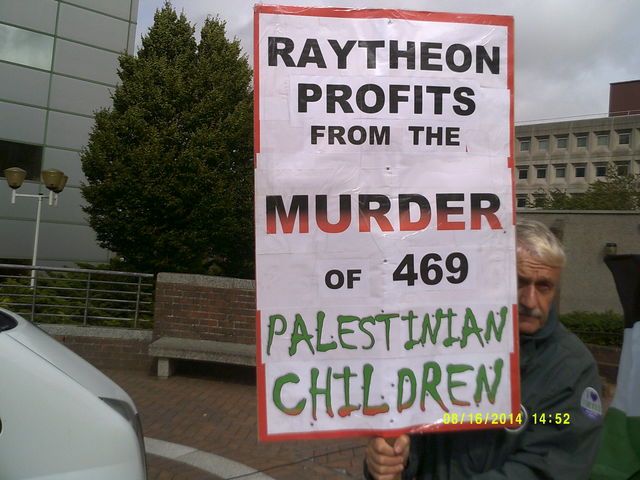 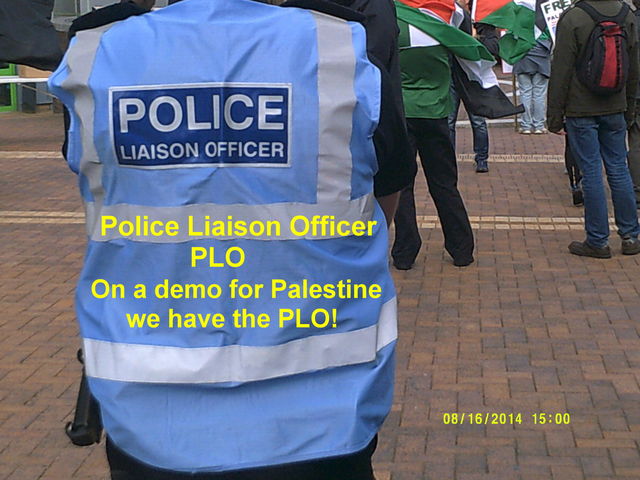 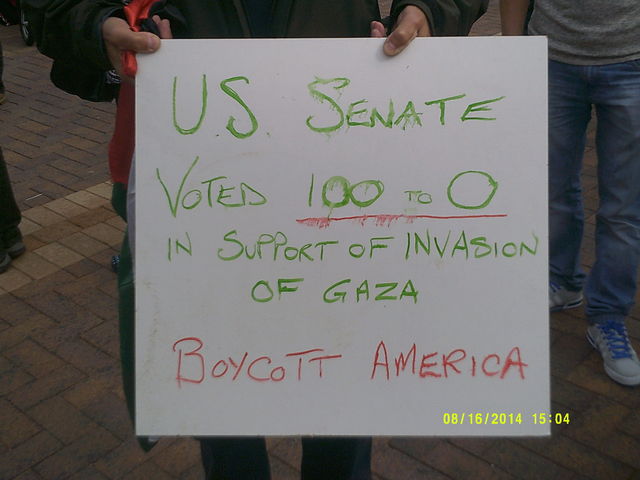 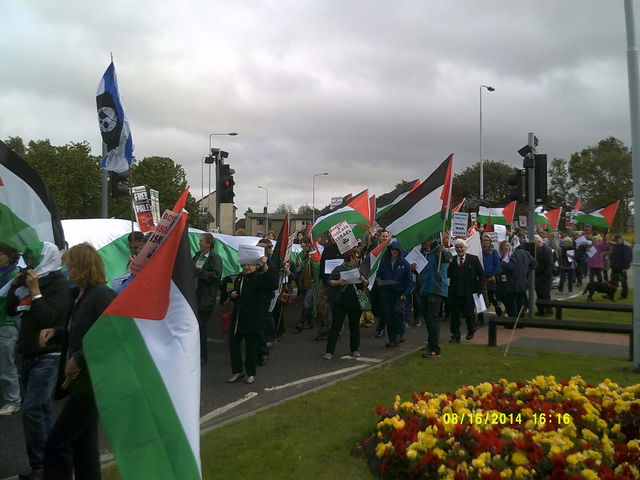 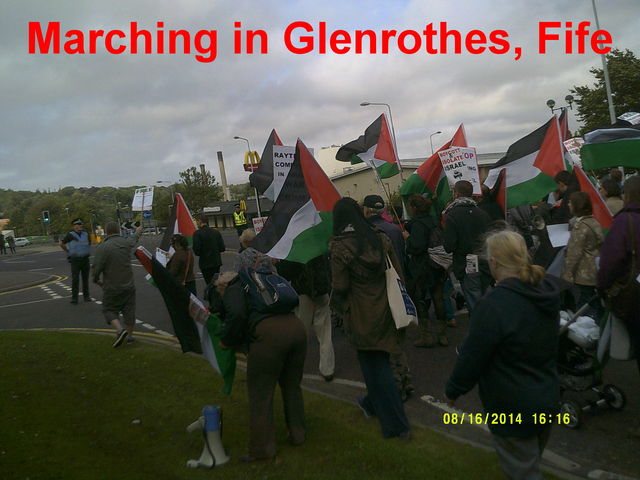 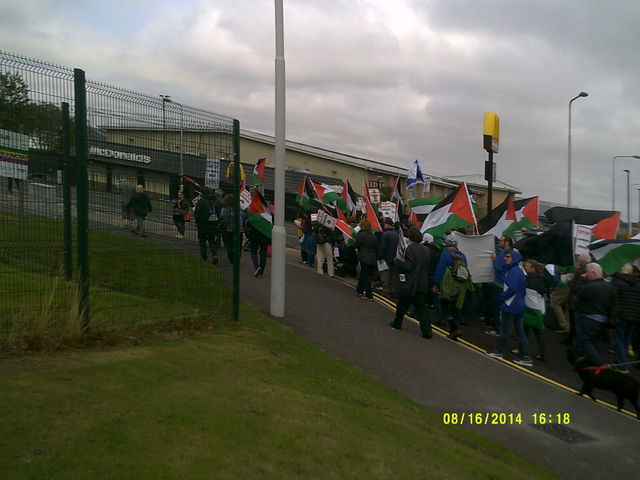 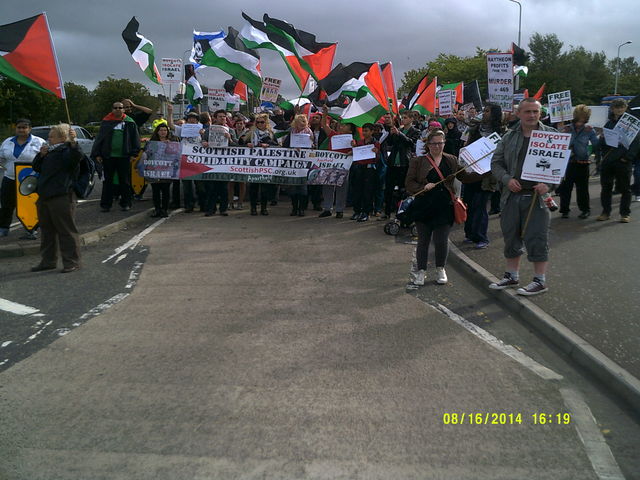 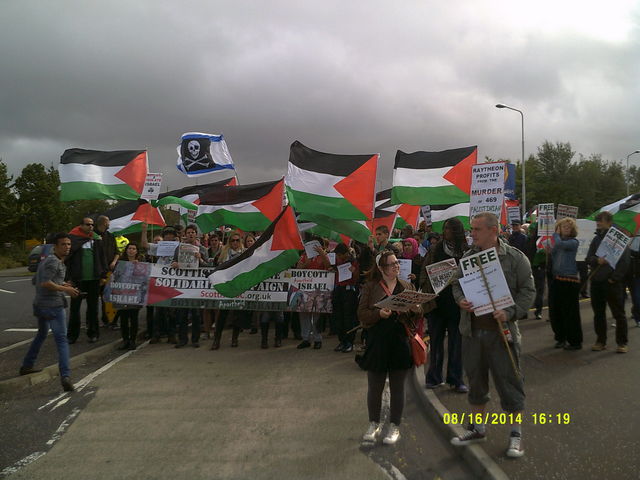 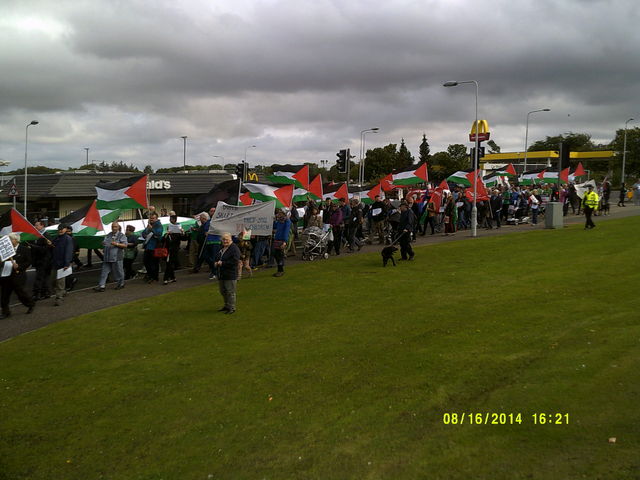 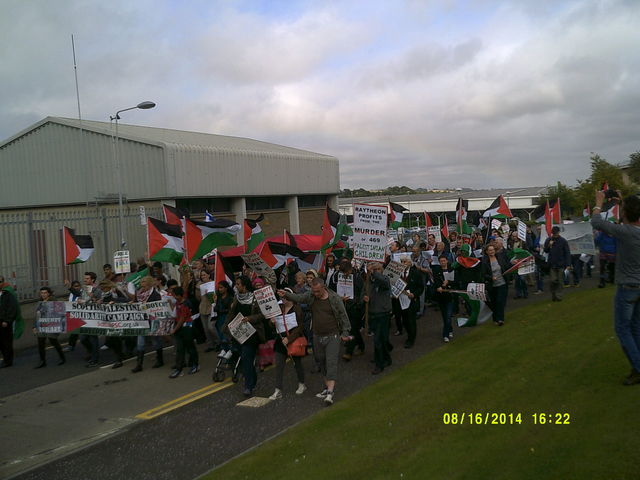 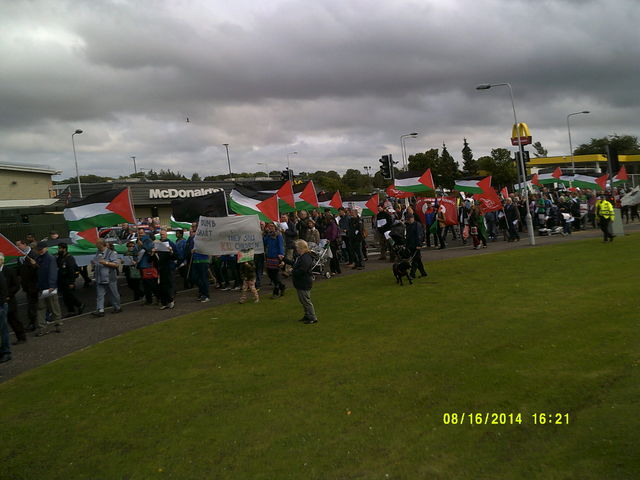 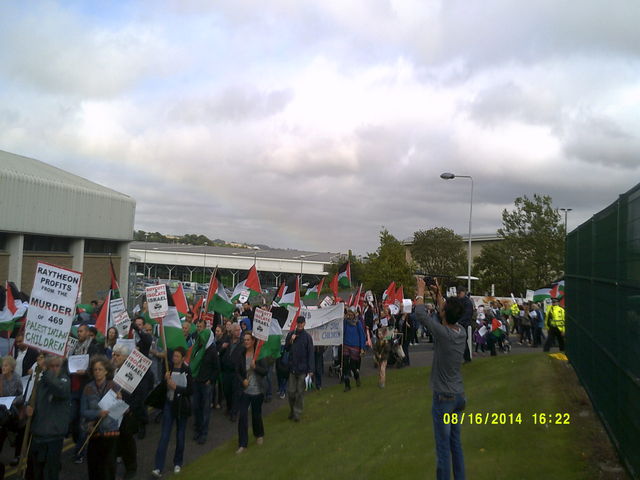 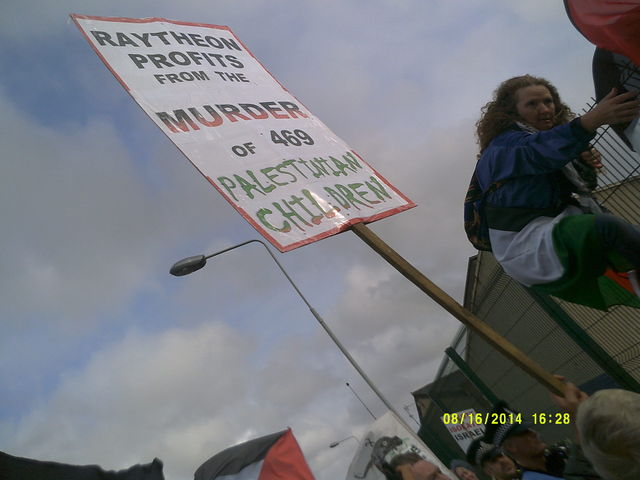 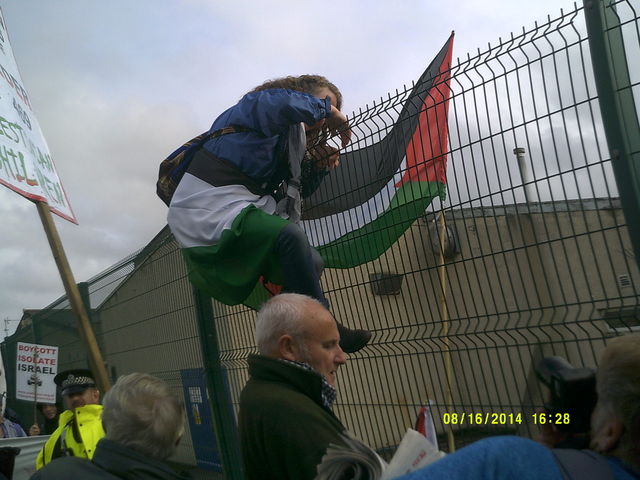 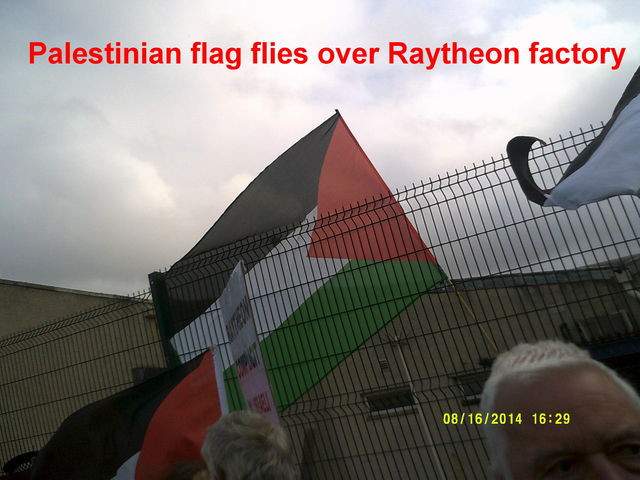 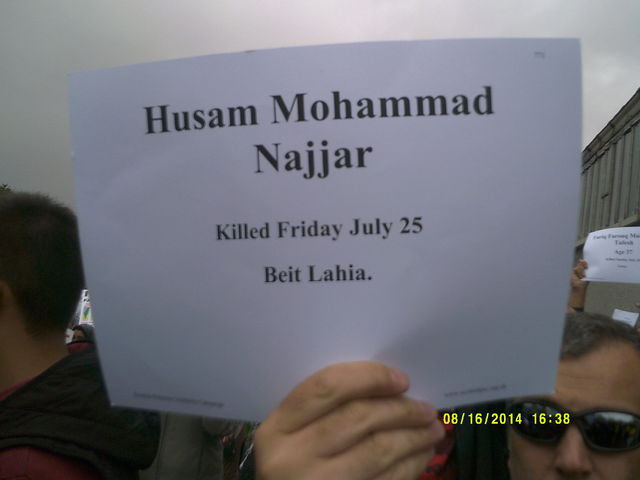 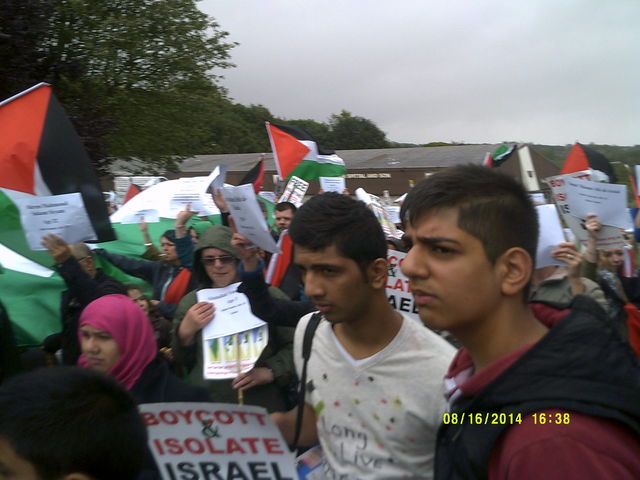 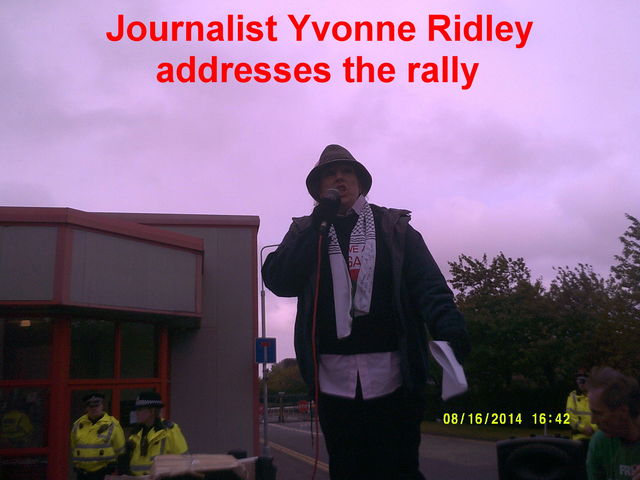 Scottish Palestine Solidarity Campaign (SPSC) called for a demonstration outside the offices of Raytheon in Glenrothes, Fife. Raytheon make components for weapons used against the people of Gaza.

Groups from across Scotland assembled at Fife House council offices in Glenrothes, Fife. After listening to speeches from Bill Mair and Mick Napier the assembly numbering several hundred marched through Glenrothes to the Raytheon factory. They were addressed by a number of speakers including journalist Yvonne Ridley, business woman Susan Karim, Ian Waddell of Fife TUC, activist Marissa Yasmin and Dr Bashir Oudeh.

There was a moderate police presence including Police Liaison Officers whose acronym is PLO.

20 photos from the day are included along with a video clip of the march through the town.