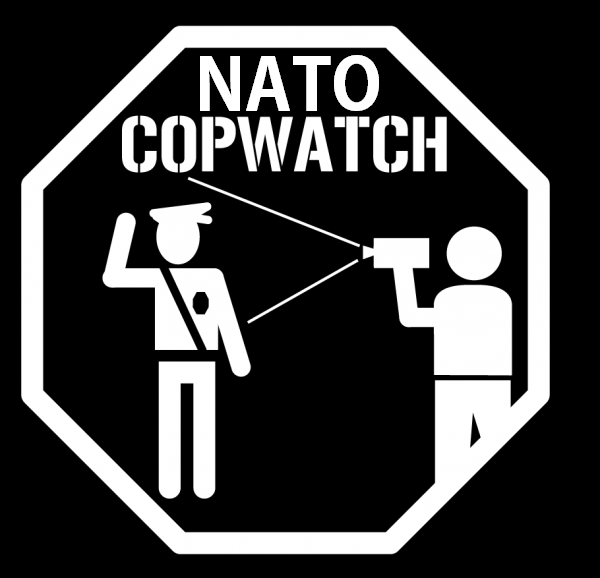 In the wake of anti-NATO campaigners facing unwarranted police presence at their events, the increase in surveillance expected in South Wales in the run-up to September’s NATO Summit and police pestering activists in their own homes, Stop NATO Cymru have launched a campaign encouraging people to film and photograph police connected to the Summit and share the evidence on social media.

Communities in and surrounding Newport have already been threatened with up to 9,000 police being drafted in to the area for the Summit and it is expected that surveillance of locals will increase rapidly over this month.

Supporters of Stop NATO Cymru have already reported police harassment of street stalls and meetings across South Wales, individual email accounts being compromised and, on July 31st, Police Community Support Officers visiting rented flats in Cardiff, asking to take photos of the inside in connection with the Summit.

When activists can be treated this way just for our attempts at social change – harassed in the streets and at our homes – our reasons for challenging things as they are become clear. At no point is the state’s power over people’s lives more obvious than when it glaring at us through the lens of an “evidence gatherer’s” camera. The last year has seen huge revelations as to the extent of state surveillance, with a combination of corporate and state powers having access to virtually any aspect of our lives at their own discretion. This September those powers will be gathering in Newport, planning the maintenance and expansion of their influence through military strategy. We will be gathering to oppose them.

Until then we urge people – particularly those living in South Wales, who will bear the brunt of state surveillance in the oncoming weeks -to be aware of police intrusion into their lives and to film, photograph and upload images of the police to social media using the hashtag #NatoCopWatch, turning the cameras on those who seek to photograph us, keeping track of those who track our movements and exposing those who seek to suppress us.