Court Solidarity for Supporter of the Palestinian People 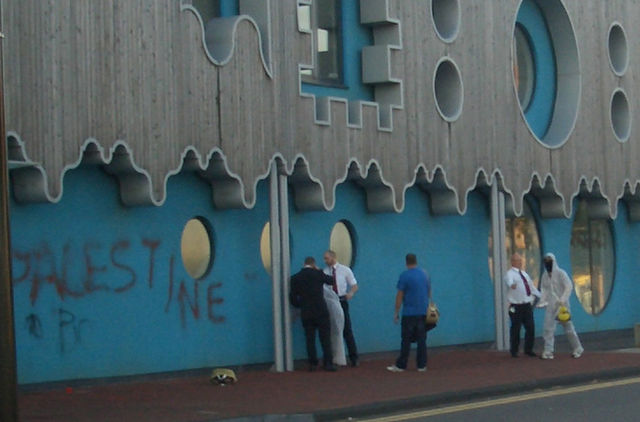 At 7.30 am on the 8th of August, the BBC's building in Roath Lock suffered a graffiti attack by supporters of the Palestinian people.

On arrival of police one the graffiti artists got away, the other was arrested is now on bail, charged with criminal damage. The individual received harsh bail conditions including a ban form Cardiff, where she works.

A video of the action can be seen here:

The defendant is due to appear in Cardiff Magistrates Court on the 27th of August. This a call out for all to come and support her and this action against the BBC which has shown which side they are on when reporting on the Palestinian issue:

Solidarity with the Palestinian People.