Meet us at 3pm on Sunday 31st August at the security gates nearest to the Nye Bevan statue in Cardiff (west end of Queen Street, opposite the Castle) to make our feelings known. 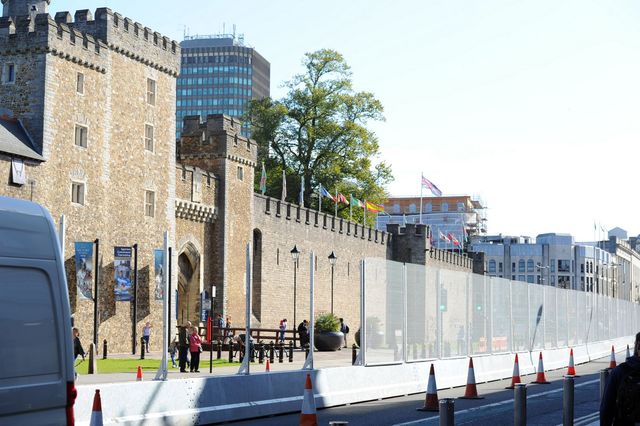 In preparation for the NATO summit, the authorities have put a giant fucking wall around parts of Cardiff and Newport. Local people do not want this wall – it prevents access to public grounds and services, disrupts essential travel and is an ugly visible reminder of the increasingly militarised zone that Cardiff and Newport have become in advance of this Summit.

Whilst they are in no way equivalent, we are mindful of the daily plight of the Palestinian people, hemmed in by giant walls that prevent them from accessing sufficient provisions, medical care or shelter from the prolific murderous Israeli attacks that have recently claimed thousands of lives. We stand against all those states and corporations which would seek to profit from human misery, division and securitisation.

Meet us at 3pm on Sunday 31st August at the security gates nearest to the Nye Bevan statue in Cardiff (west end of Queen Street, opposite the Castle) to make our feelings known.