20 photos from Newport and Cardiff and the Tredegar Park peace camp in the build up to the 2014 NATO summit in Wales. 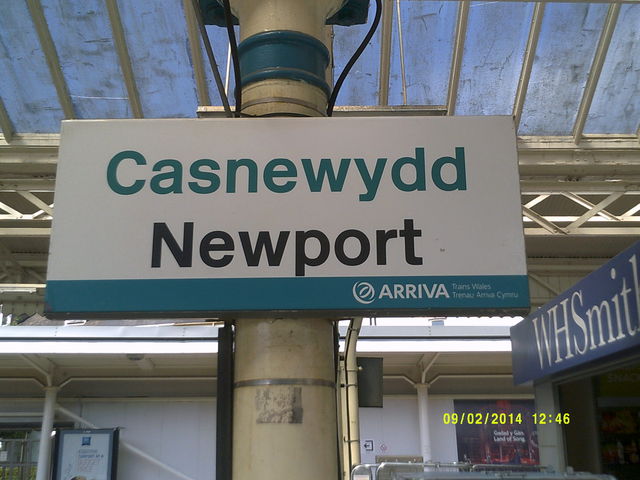 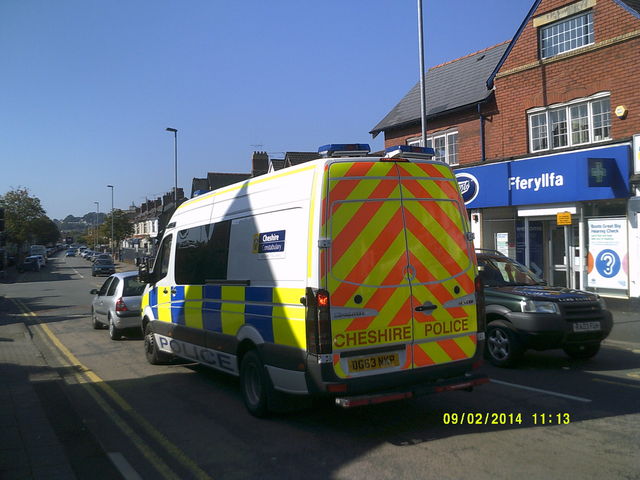 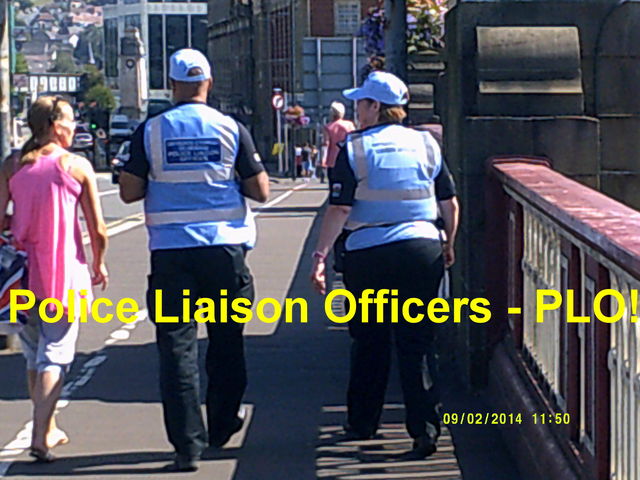 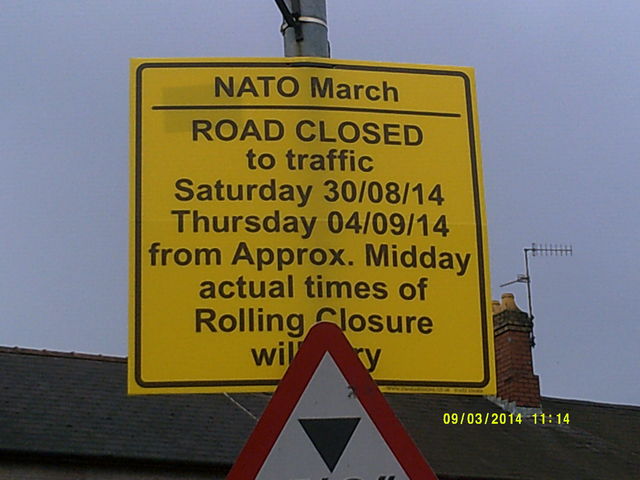 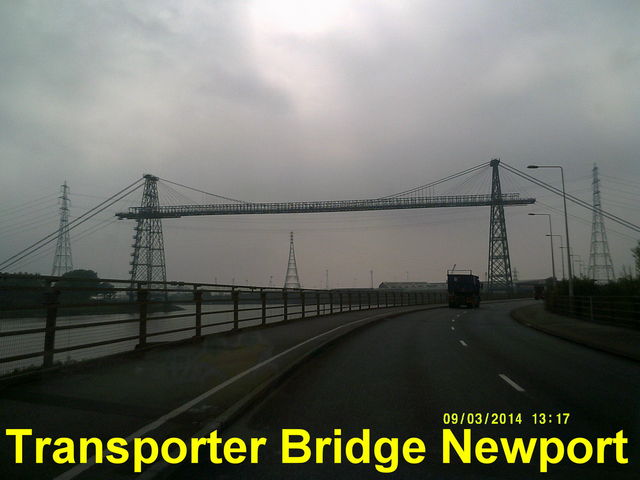 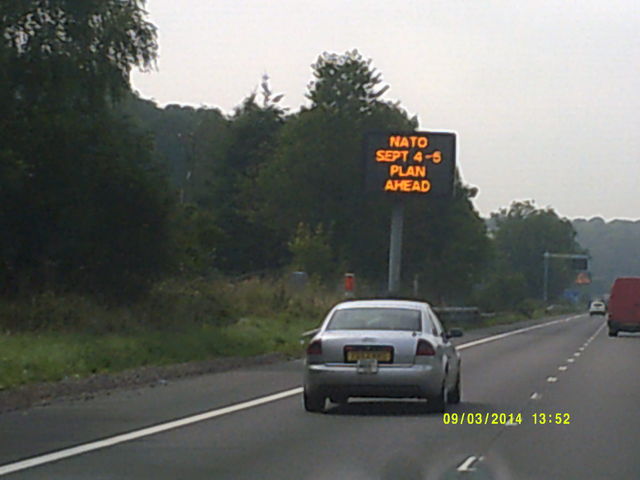 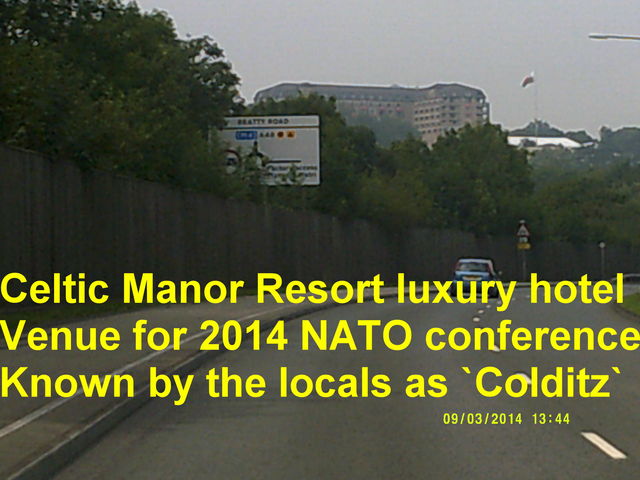 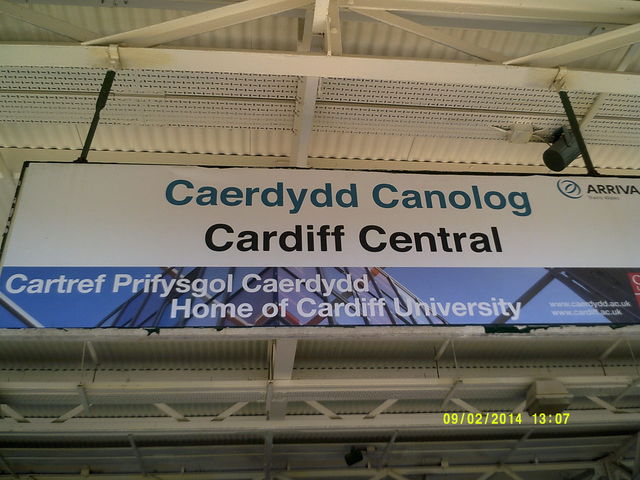 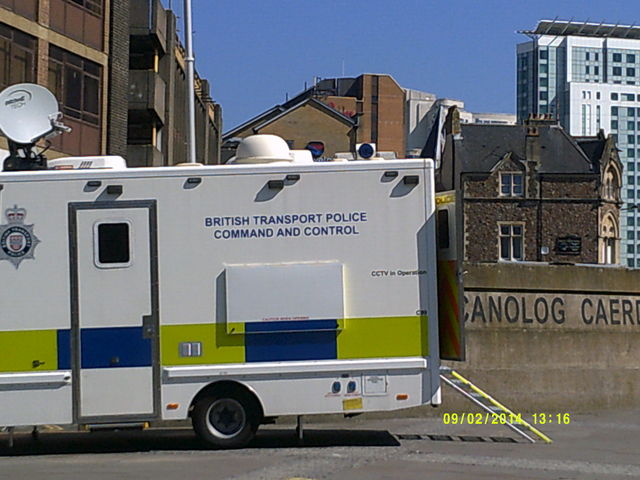 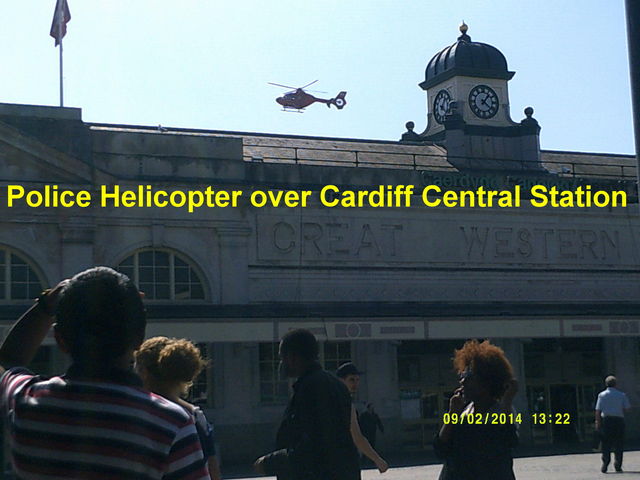 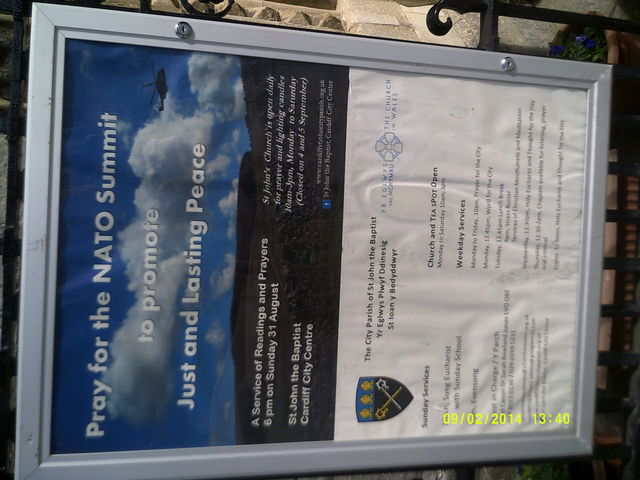 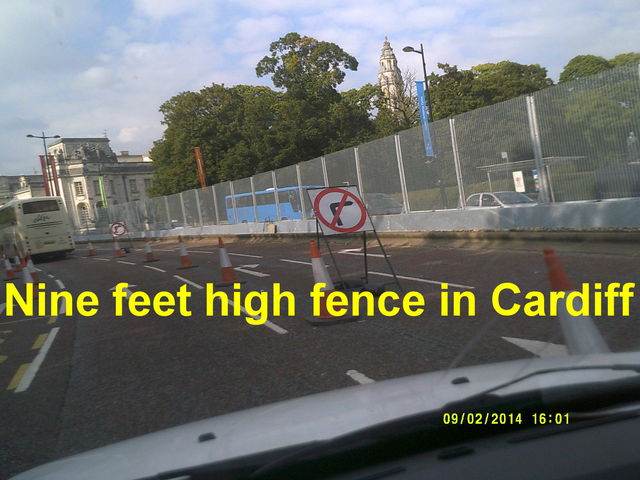 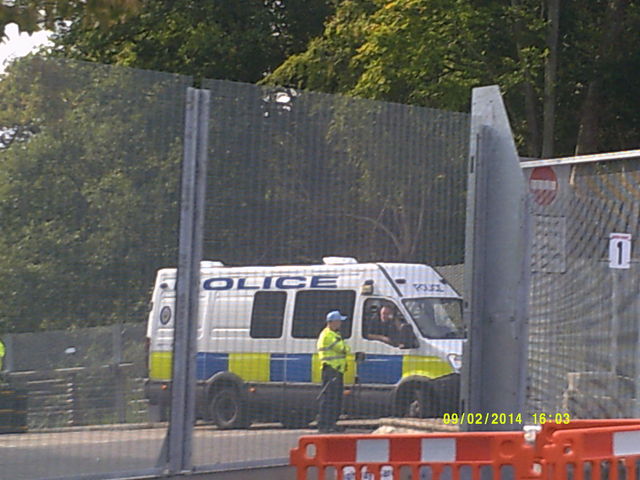 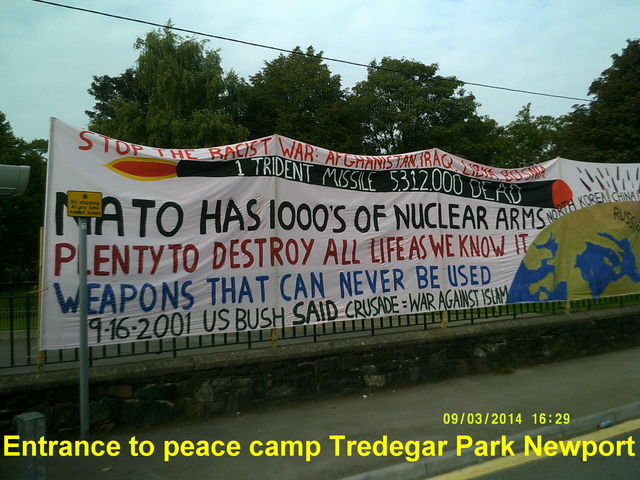 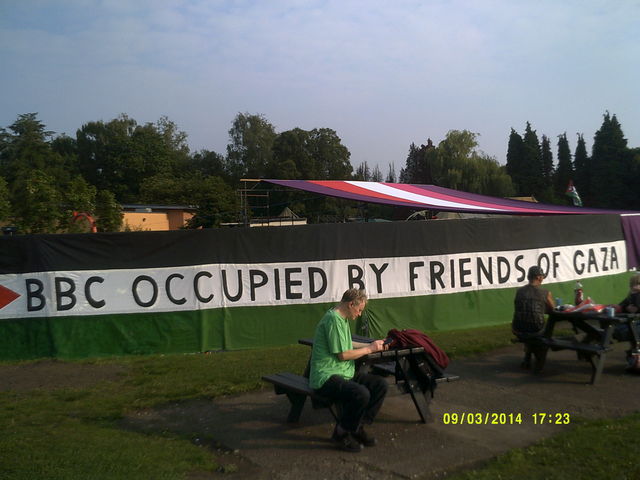 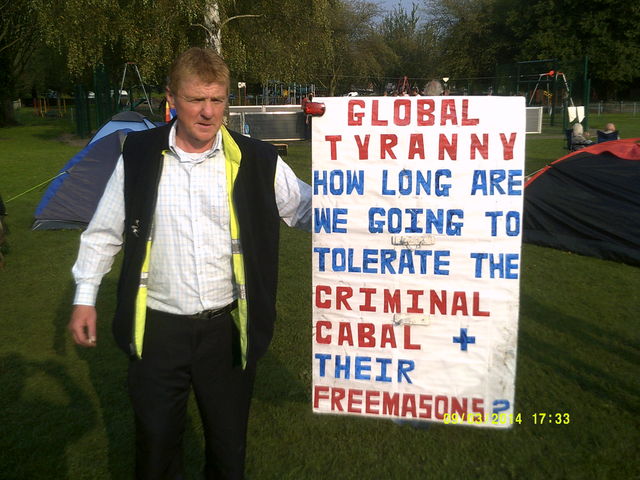 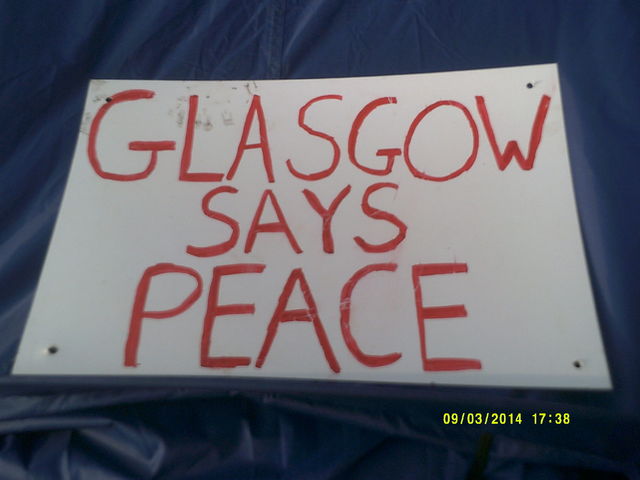 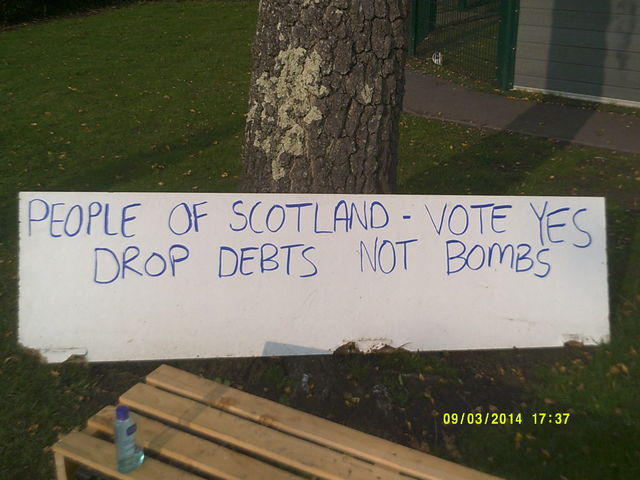 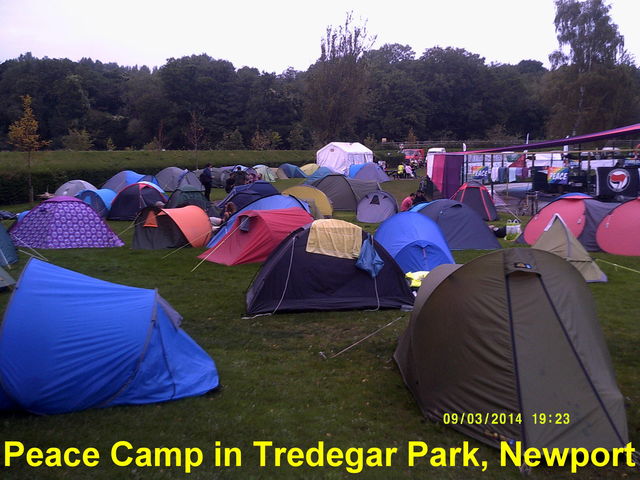 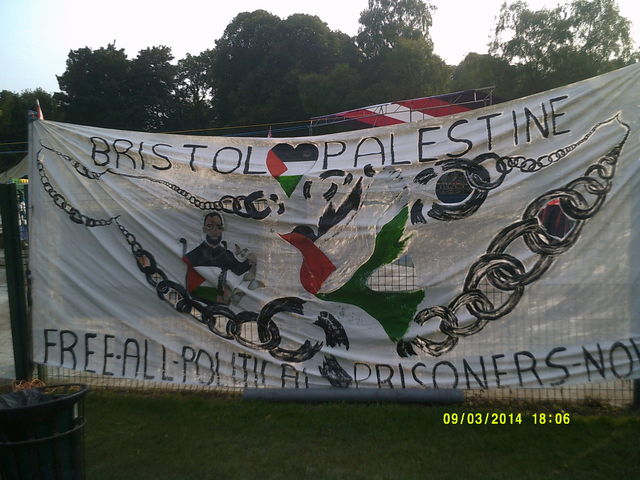 Photos from Newport on build up to NATO conference 2014

The NATO conference is due to be held in Newport, South Wales at the plush Celtic Manor Resort on Thursday 4th and Friday 5th September 2014 amid unprecedented security. Around 10,000 police are in Newport and Cardiff with a very high visibility and 13 miles of 9 feet high fencing was erected around the Celtic Manor hotel in Newport with 10 miles of fencing around Cardiff Castle where the so-called `dinner of death` will be held this evening.

This is the first NATO summit since 2012 when it was held in Chicago and the first one in Britain since Margaret Thatcher hosted NATO in London in 1990.

There will be a march on Celtic Manor this afternoon (Thursday 4th September) departing from the Cenotaph on Clarence Road, Newport at 12 noon. A number of buses have been diverted for the day because of the conference and the march there will be 3.8 miles and with coming back will be 7.6 miles.

There was an alternative conference on Sunday, Monday and Tuesday with many noted peace campaigners such as Medea Benjamin of Code Pink taking part. Stop the War’s John Rees was one of the speakers at the conference.

There was a demonstration on Saturday 30th August which was
reported on the BBC:


20 photos of Newport and Cardiff and of the peace camp are enclosed.