Barclays Bank in Newport occupied in solidarity with Gaza

Barclays - Divest from Elbit!
Palestine solidarity and anti-NATO campaigners have occupied Barclays Bank on Newport High Street this afternoon. The activists are calling for Barclays PLC to divest its shares from Elbit Systems, the Israeli drone manufacturer which produces unpiloted aircraft used to attack people in Gaza. Barclays owns almost 60 000 shares in Elbit.

Protesters are chanting 'Stop Arming Israel' and singing 'Barclays divest from the Arms trade'. Three protesters have glued themselves inside the bank.

Israeli armed drones carried out 851 Strikes during the last attack on Gaza. In response Palestinians are calling for investors to pull their money out of companies like Elbit, which are responsible for manufacturing these drones.

The occupation has been timed to coincide with the NATO summit. Elbit's drones are also used by NATO members. The company is part of a partnership manufacturing the Watchkeeper drone for use by the UK military.

Michelle Horton, one of the occupiers inside the bank said, "Elbit's drones are used to carry out horrific war crimes in Gaza. We are here to stand in solidarity with people in Gaza and to persuade Barclays to get rid of their shares in Elbit."

A few photos from the occupation/die-in 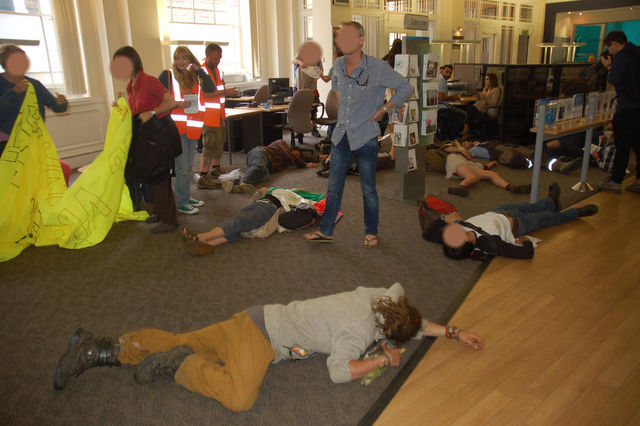 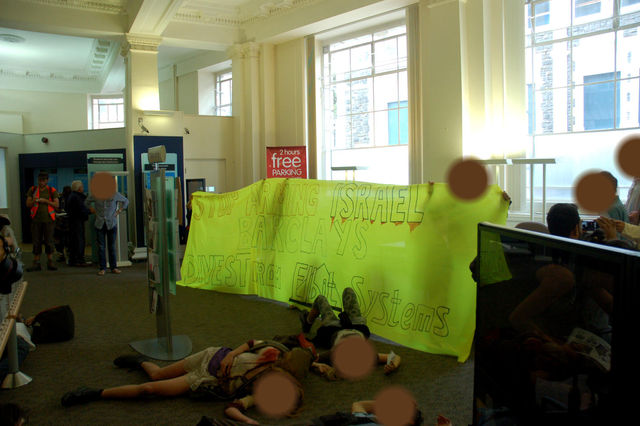 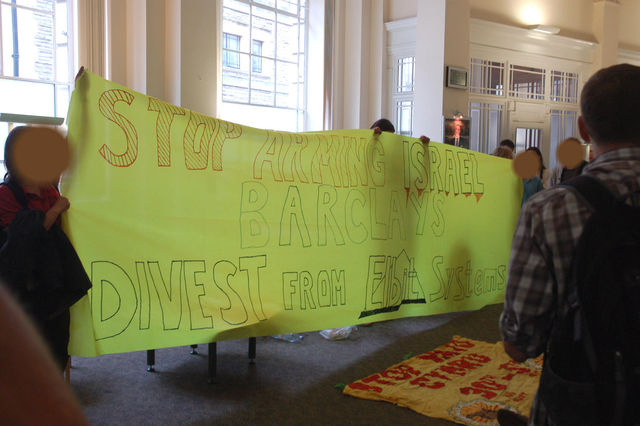 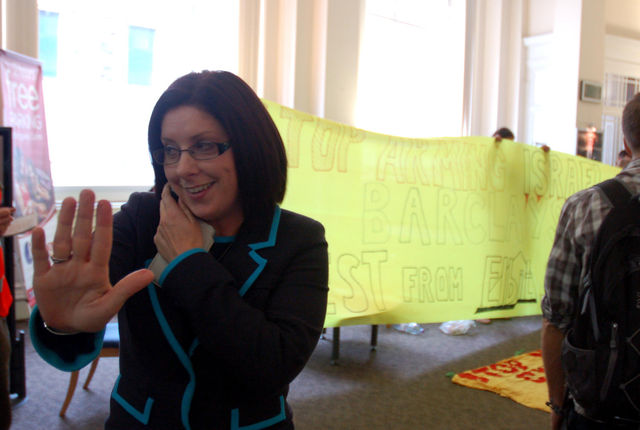 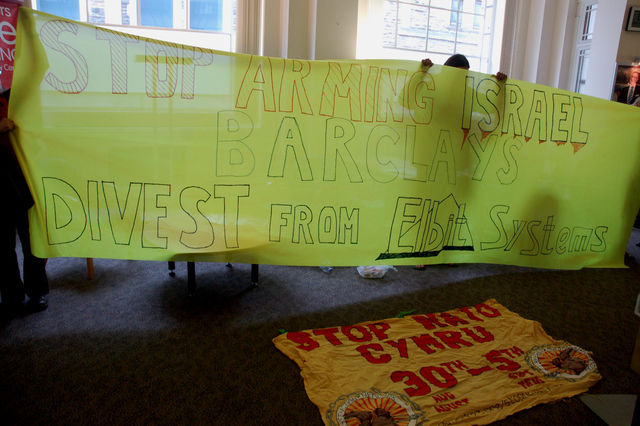 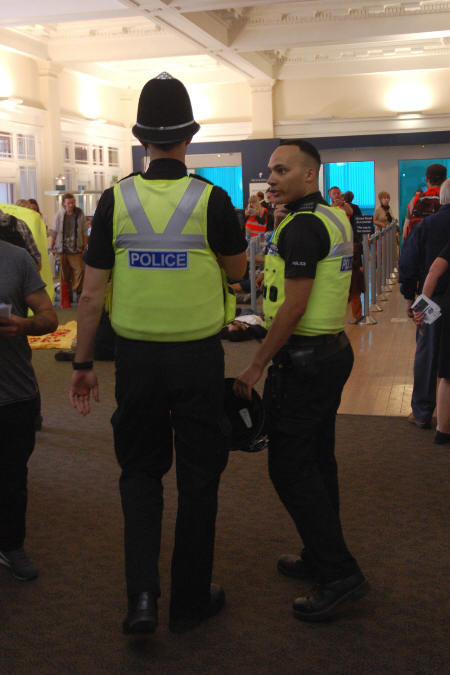 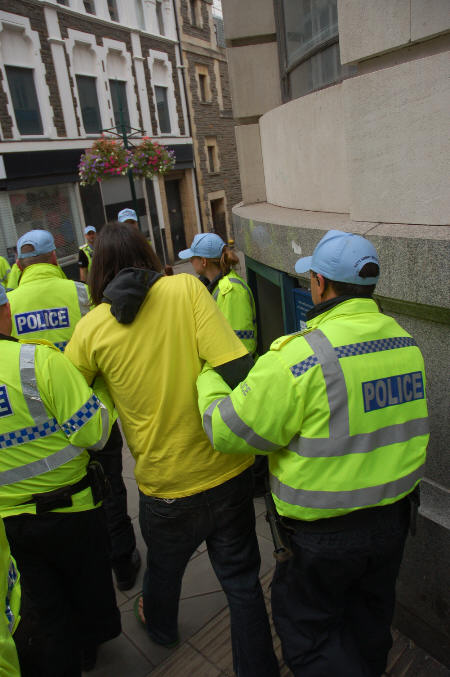 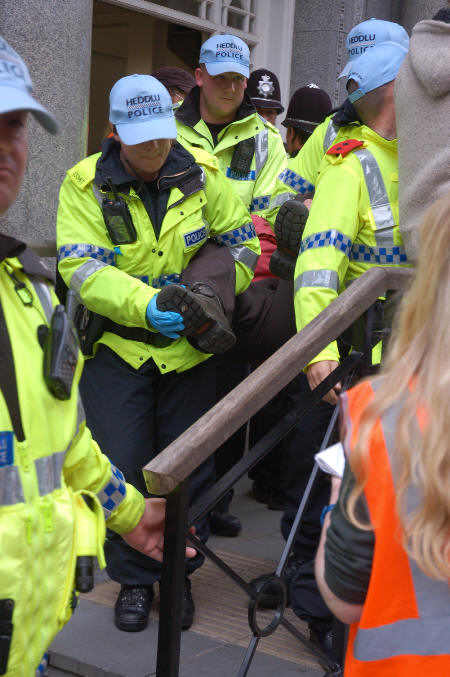 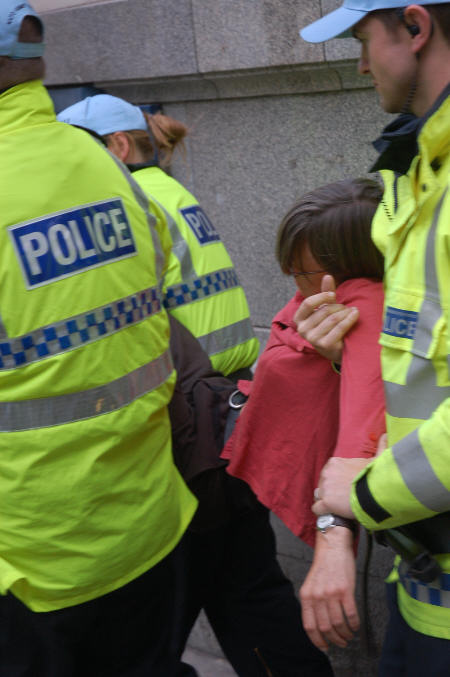 Here are a few photos from inside the occupied bank yesterday and the arrestees being brought out some two hours later.

There was a large solidarity presence outside with banners, flyers, singing and chalking. Vanloads of cops turned up too. More photos to follow.

This is what the South Wales Argus made of it: