On Monday of the Stop NATO week of action - Mon 1st Sep - an action took place against austerity, evictions and benefit cuts. 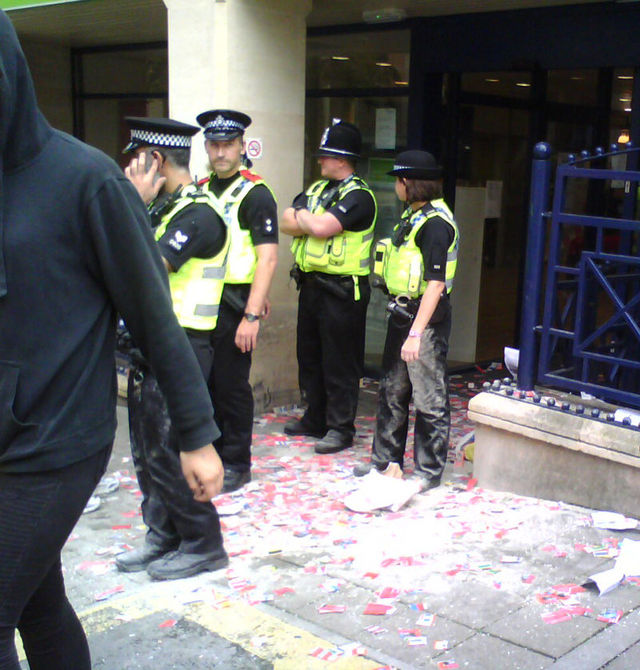 cat litter and debris at the jobcentre 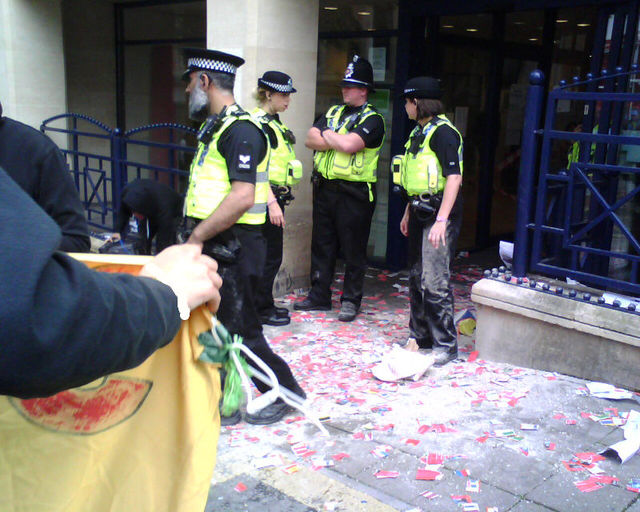 debris and banner at the jobcentre 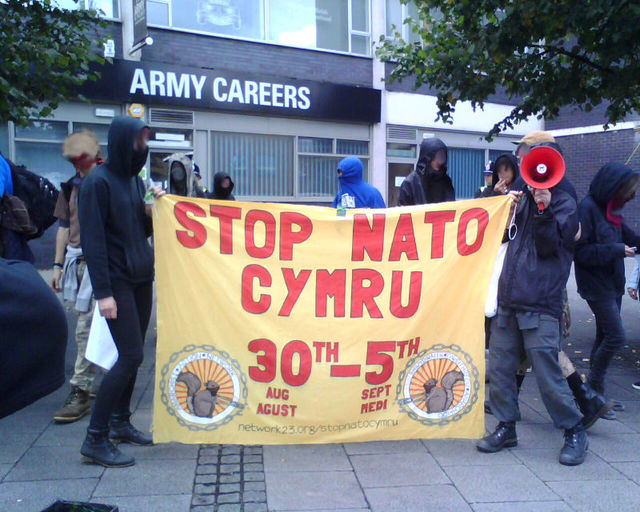 at the army recruitment place later

A small but lively crowd made its way through the streets of Newport, complete with soundsystem, sab-cat masks, and the ever-present PLOs.

Leaflets were given out en-route to onlookers (some bemused, some interested, many both!) and the megaphone was used to explain the links between NATO, the cuts, inequality and the whole rotten system.

When we reached the jobcentre the door was already guarded.

The atmosphere was boosted as a heap of ripped up NATO propaganda appeared in the doorway, as did a large quantity of dry cat litter! Just the thing for a system that stinks..

At this point the police tried to make an arrest, eventually succeeding.

We continued on to the army recruitment office, which has a jobcentre next door, where chants included 'our kids are not cannon fodder, their kids are not collateral damage'. Again it was protected by police.

At this point rumours of a member of the public being accidentally injured during the events were going around. Many of us were quite shocked by this news and the demo was cut short - no doubt many other interesting places could have been next if we'd chosen to continue, but it did not seem appropriate.

Thankfully it emerged later that the injury was in fact a minor one that did not require hospital treatment, to everyone's relief.

Overall, a small but important part of the week of action. For more on the links between NATO and austerity see: