Politician tells supporters of Sharia law to "GET OUT' of Australia

Get out ... Australian Senator Jacqui Lambie says those who support sharia law in Australia need to leave. 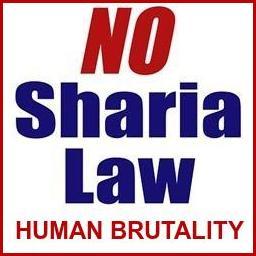 Politician Jacqui Lambie, wants those in Australia who support sharia law to “pack up their bags and get out of here”.

The Palmer United Party Senator is also calling for the supporters of Sharia law in Australia to be kicked off government benefits and not be allowed to vote in the country.

“Anybody that supports Sharia law in Australia should not have the right to vote, should not be given government handouts, and should probably pack up their bags and get out of here,” she told reporters in Hobart, Australia.

Earlier on Melbourne radio 3AW, Senator Lambie praised the Coalition for raising the country’s terror alert level to high — a move she said should have probably happened months ago.

But she warned she was more worried about veterans being “pushed back into the war zone” without adequate help when they returned, while “supporters of Sharia law are allowed access to government benefits”.

“We are giving government benefits to those under Sharia law … and I simply believe that those supporters who support Sharia law should not have the right to vote with their allegiance to a foreign power.”

“Unless we put our foot down on it now it’s only going to become bigger and more dangerous well into the future.”

The former veteran has previously called for a Royal Commission into the Defence Force and the Department of Veterans Affairs.