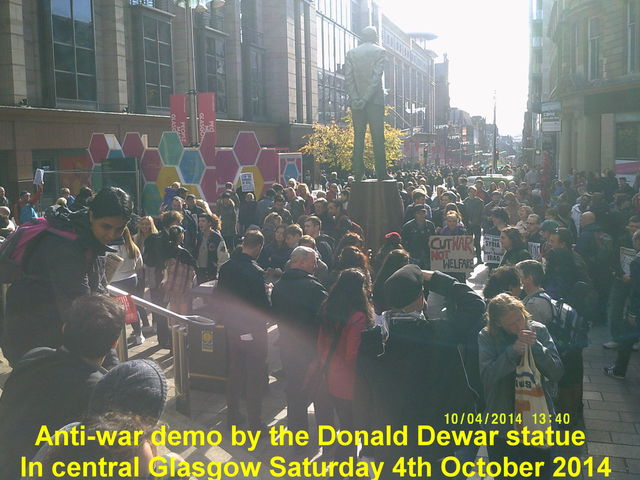 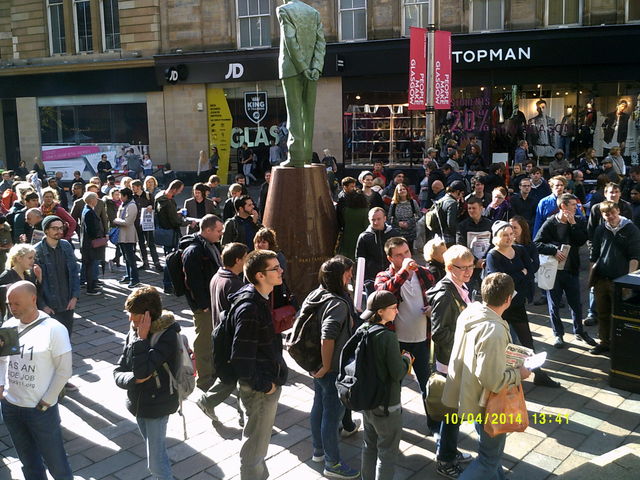 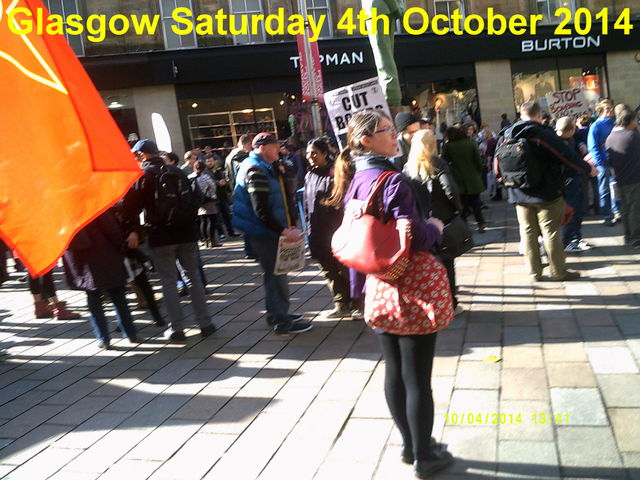 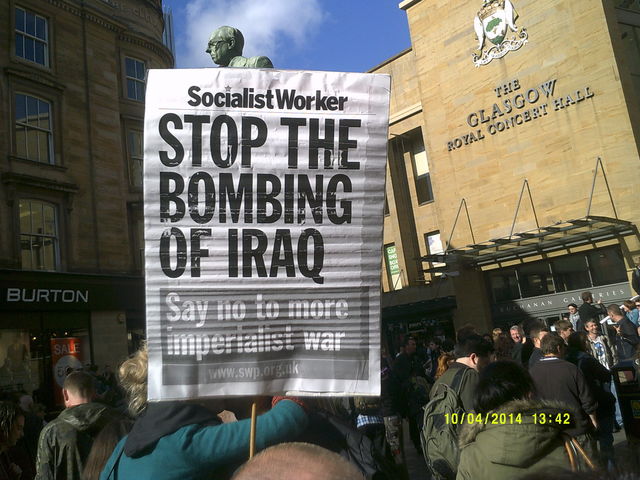 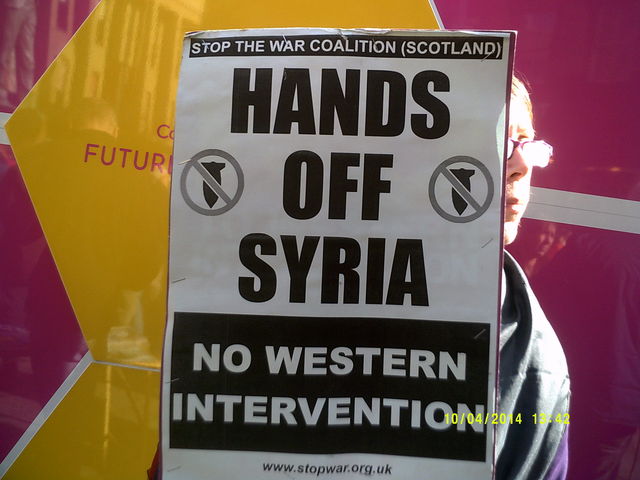 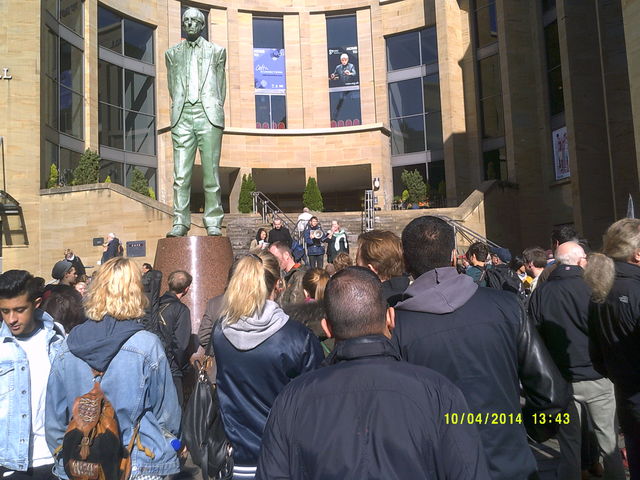 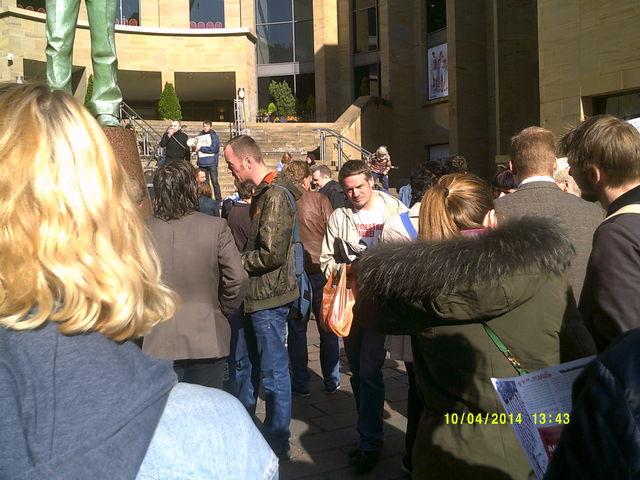 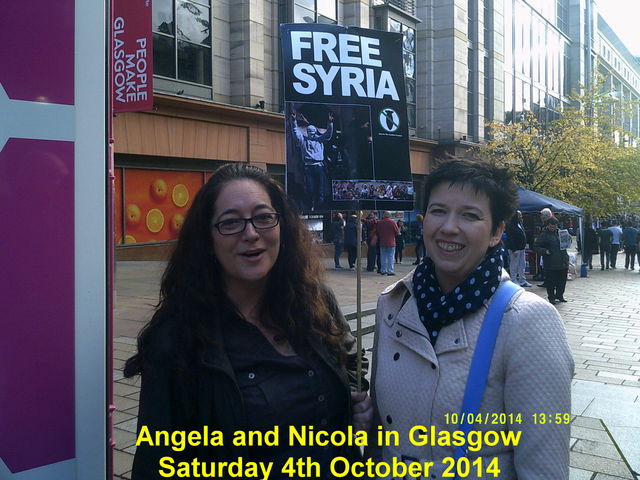 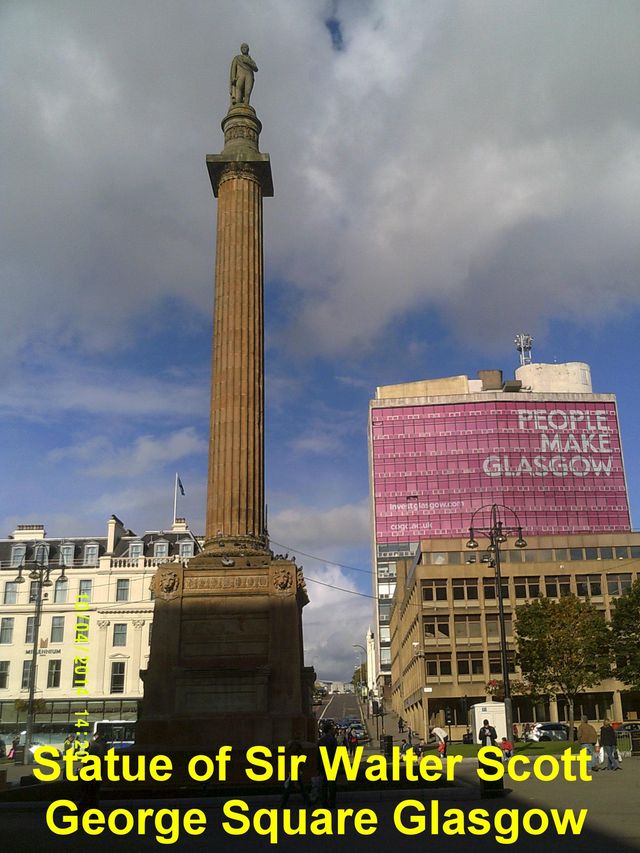 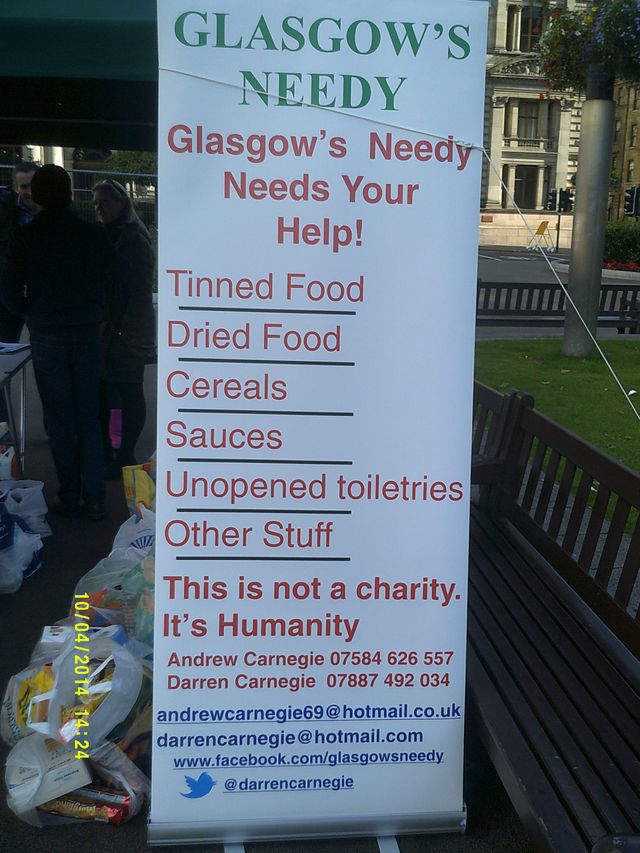 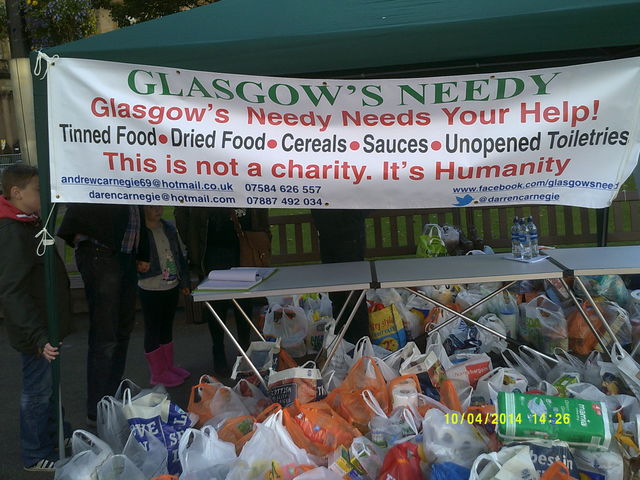 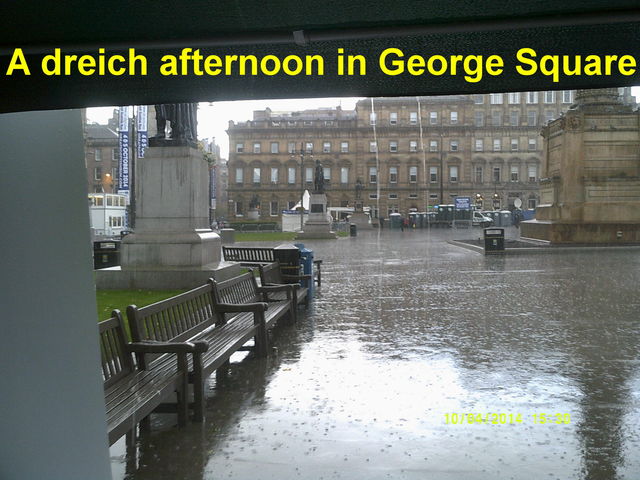 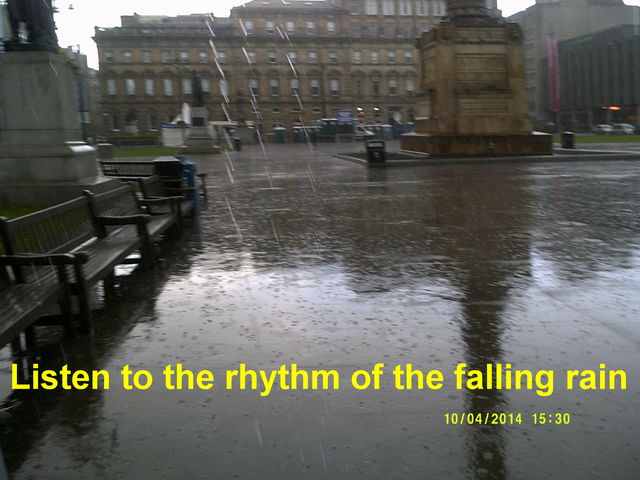 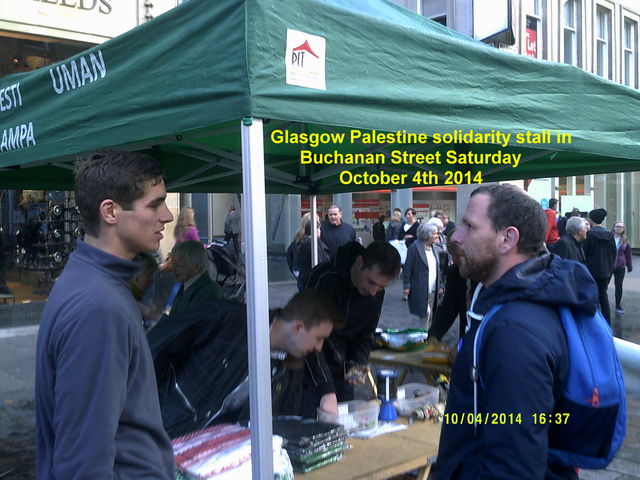 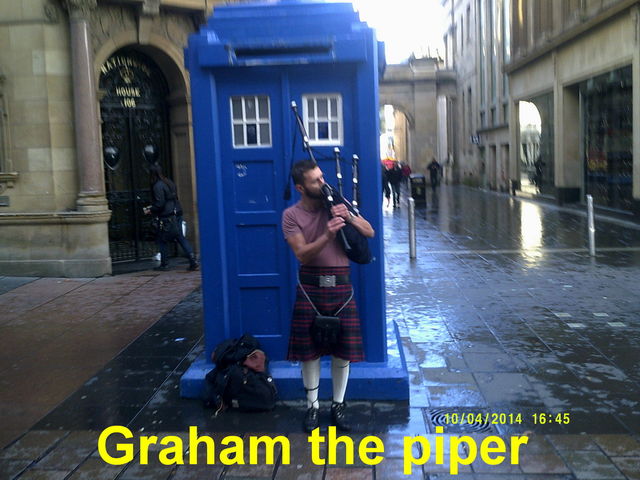 
The recent upsurge in violence in Iraq and Syria saw demonstrations held in Glasgow and in London. The Glasgow demonstration was held by the statue of former Scottish First Minister Donald Dewar at the top of Buchanan Street. A crowd of several hundred gathered by the nine feet high bronze statue of the former political leader of Scotland to listen to anti-war speeches by Sandra White MSP (Member of Scottish Parliament) and Nicola Fisher of Glasgow Stop the War. Photos of the day are included.


In London there was a demonstration of up to a thousand who braved a cold, wet and miserable day to protest the recent attacks on Iraq and Syria by US President Barack Obama. Since receiving the Nobel Peace Prize in 2009 Obama has bombed no less than 7 (seven) countries: Iraq, Afghanistan, Pakistan, Somalia, Yemen, Libya and now Syria.


The BBC website seemed to have nothing on either demonstration though Russia Today (RT) did have a detailed account of the London protest.