MANILA, Philippines-- Climate change advocates from various sectors urged world governments to “walk their climate talk” as they launched the Climate Walk, dubbed as “A People’s Walk for Climate Justice.” 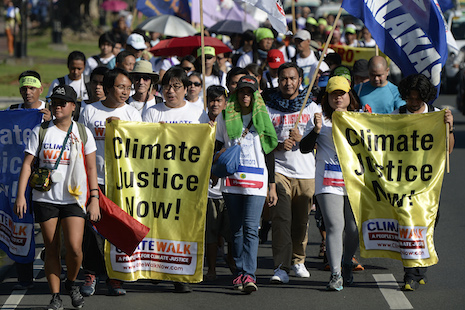 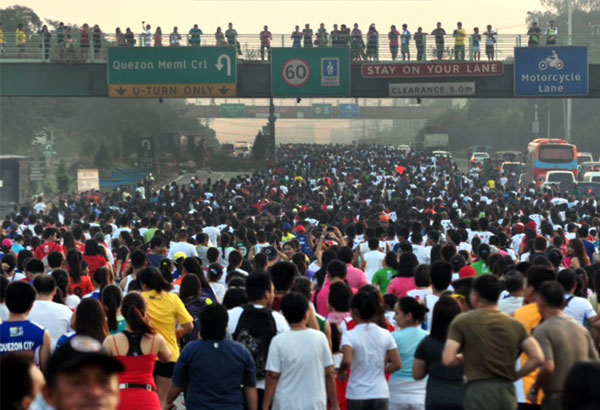 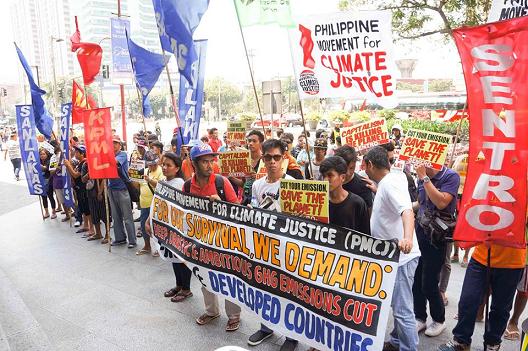 From the starting point at “Kilometer Zero” in Rizal Park, Manila, the groups will walk 1,000 kilometers in 40 days to arrive in Tacloban, ground zero of Yolanda (Haiyan), on November 8, exactly a year since the super typhoon first made landfall.

“The Climate Walk is dedicated to all people in the Philippines and around the world who confront the reality of climate change. It aims to empower communities and help them become resilient to the impacts of disasters and climate change,” Saño said before they departed from Luneta.

The advocates called on governments to do their fair share in keeping global warming below the tipping point to save the Filipino people, and all others who are most vulnerable to climate change.

"Peoples and nations around the world should act with haste to significantly cut, if not end, all our ill ways that are causing our worsening climate. And we should begin talking green not because it is fashionable but because we care for the welfare of younger Filipinos, our future," Dantes said.

The Walk was launched a week after two landmark events in New York: The People’s Climate March, in which 400,000 people marched to call for urgent climate action, followed by the United Nations Climate Summit, wherein over 160 world leaders announced their commitments to solve the climate crisis.

“This walk is about fighting back! We need to unite as a people and demand a climate treaty that will give justice and compensation to countless families, communities and municipalities that are already being severely affected and devastated by climate change impacts. We must reclaim our people’s rights to a safe, secure and sustainable future.” Von Hernandez, Executive Director of Greenpeace Southeast Asia stated.

“The importance and urgency of addressing climate change demands more than action. We need to fundamentally change the way we live, and the way things work in our planet. We need to galvanize public actions towards solutions to fight climate change,” said Nityalila Saulo, musician and core member of the artist group, Dakila. “It is time for a climate revolution and switch the power from world leaders to the people to decide our survival.”

People who are deemed most vulnerable to the effects of climate change – farmers and fisherfolk – as well as members of youth, faith groups and the public in general are invited to join the Walk, which will traverse parts of Metro Manila, Laguna, Batangas, Camarines Norte, Camarines Sur, Albay, Sorsogon, Northern Samar, Samar, and Leyte.

On November 8, the participants will cross San Juanico Bridge towards Tacloban City. The Walk is also expected to continue on to communities in Cebu, Negros, Panay Island, and Palawan, provinces that were likewise heavily damaged by Yolanda.

Climate and disaster resilience toolkits, a set of resources which can be used to enhance community planning for climate change and assist in the protection of communities from climate disaster risks, will be handed over to LGUs and communities in the areas reached by the Climate Walk.Along the path of the walk, events will also be held in select towns to highlight the different issues of climate change affecting these areas, including (and not limited to) deforestation, mining, and renewable energy. This can help form the narrative of the concrete demands that can define the Walk. These events will be educational as well as creative and celebratory and will include concerts, film showings, mural painting, prayer sessions, dance and music festivals.

“While we support the Climate Walk’s global call for climate action, we also challenge the Aquino administration to walk its own climate talk,” said Melvin Purzuelo, convener of the civil society network Aksyon Klima Pilipinas. “We hope that this initiative to roll out local climate plans will only be the start of concerted efforts to make local and national policies coherent, particularly in adaptation, energy, and finance.”

“The government should step up by demanding deep emissions cuts from the US and developed countries, by demanding from them real solutions that would ensure concrete adaptation programs and projects on the ground and by abandoning its bias for corporations and businesses in the entire rehabilitation process and put the people at the center,” said Gerry Arances, National Coordinator, Philippine Movement for Climate Justice (PMCJ), a national grassroots movements advancing climate justice.