A month of solidarity with Chelsea Manning (Part 2)

Last month, the Manning solidarity crew in Wales and Ireland were back in action, organising a visit to Dublin for Chelsea Manning's Welsh-Irish mother during which Afri (Action from Ireland) hosted a memorial evening for the late Gerry Conlon who died this summer and who met members of Manning's family during a previous trip to Dublin last year. 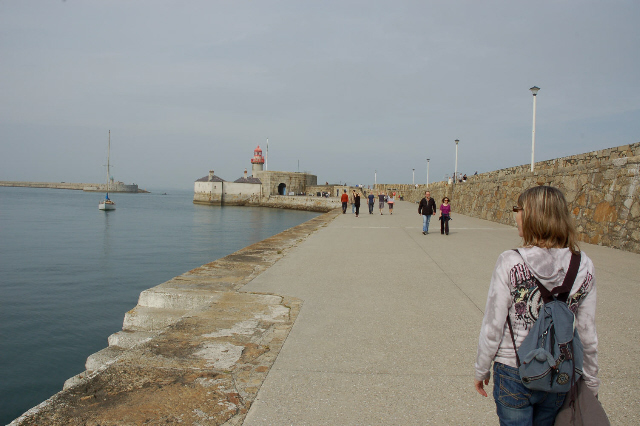 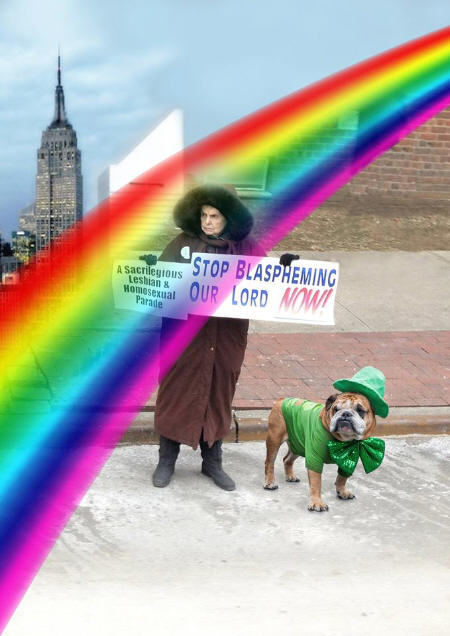 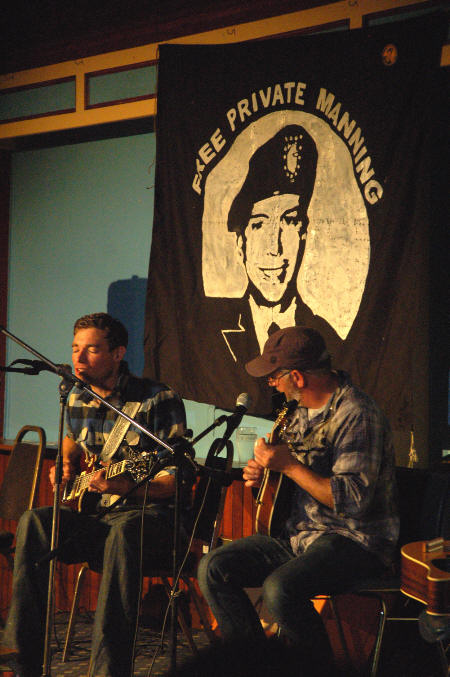 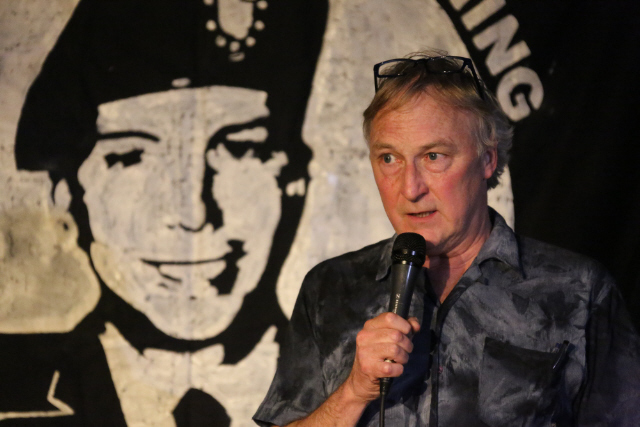 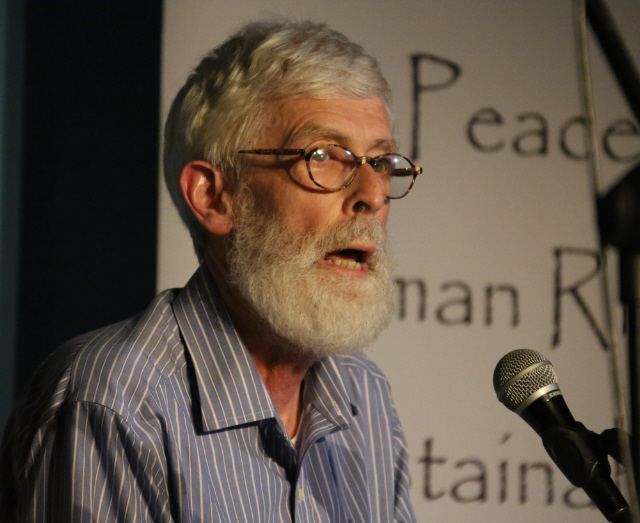 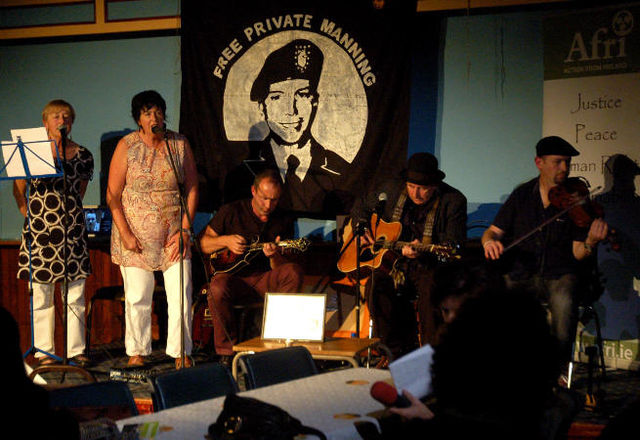 See the full reports with links:

We’d been invited to the world première of Brian Fleming’s new one-man play on Wednesday night at Dublin’s New Theatre which sits behind Connolly’s Books in Temple Bar. A Sacrilegious Lesbian and Homosexual Parade was being performed as part of the Dublin Fringe festival and focuses on the St. Pat’s For All Parade in Queens New York that for the past 14 years has been offering an inclusive alternative to the main St Patrick’s Day parade from which LGBTQ groups have hitherto been excluded.

Brian was part of the Manning Truthfest and there he shared extracts from his play about becoming a clown in Rwanda and his bodhrán piece The Day the Apaches Rode in to Vietnam as well as joining in with much of the musical performance. He’s a man of many talents and it was good to watch him share these again in his new play. I wished Chelsea could have seen the performance for herself as I’m sure she would appreciate its poignant humour as well as its inclusive message and warmth. In any event, we all enjoyed the evening very much and it felt appropriate enough to be there with Chelsea’s mother: Susan Manning lived in the US for years and also has connections with Ireland through members of her father’s family who were from the Rathmines area of Dublin.

The Irish greeting Céad míle fáilte (a hundred thousand welcomes) is no exaggeration. Over in Dublin from Wales again for a few days, this time with Chelsea Manning’s Mum Susan, we are once again experiencing the extraordinary hospitality, warmth and staunch solidarity of our friends here, and it’s wonderful.

Thursday night we gathered at the Teachers’ Club in central Dublin for an evening gathering Resisting Injustice organised by Afri to remember the late, great Gerry Conlon who met and offered his support to Chelsea’s family and who spoke so eloquently against injustice and for Chelsea Manning last November, just a few months before his untimely death from cancer this June.

Gerry Conlon met members of Chelsea’s Welsh-Irish family in Dublin last November and offered his support to the campaign to free Chelsea. His death is a sad loss to all, but his spirit of solidarity lives on through events like this one. Gerry Conlon, Presente!

The first speaker was Nuala Kelly, whose talk drew on her extensive experience of supporting Irish prisoners in overseas jails. She recounted how she had at first been more aware of Giuseppe Conlon’s arrest back in 1975 than that of his son Gerry but how later, in her work with the Irish Council for Prisoners Overseas, she became involved in supporting Gerry and his family in their quest for justice. Nuala emphasised the impact on families when a person is imprisoned and the importance of offering support and working alongside families. She described how the campaign to free the Guildford Four, Maguire Seven and Birmingham Six started to gain momentum, with local groups little by little getting involved and taking their own solidarity initiatives, such as a women’s group organising street stalls in central Dublin. If we are going to build an effective campaign to free Chelsea, we need to find ways to engage as many people as possible as well as being mindful of the perspectives of both the prisoner and her family.

Sorcha, who shares Chelsea’s maternal family name of Fox and who was central to the success of our previous Welsh-Irish solidarity events, read a couple of her poems including one about Willie Corduff, one of the farmers who resisted Shell’s gas project at Rossport, whose parents had toiled to turn the bog into productive farmland, who was imprisoned for refusing to allow Shell on his land and was harassed for years including being beaten up by Shell security guards.

Live music was provided by Joe Black, family and friends, RoJ Whelan, Paul O'Toole and others.

John Maguire, who has campaigned for years to stop the military use of Shannon airport, spoke a little about this then read his poem about the so-called ‘Great War’, dedicating it to Chelsea, before sharing an idea for a solidarity action for Chelsea Manning that everyone can be involved with... creating a ‘Day Book’ for Chelsea with a collection of contributions to brighten her days in prison. John expands on his idea in this piece, the essence of which is

"to provide a focus for the large numbers around the globe who are so grateful to Chelsea for her courage and public service in breaking the deadly silence that surrounds the modern war-machine. We are also horrified that this huge service has been criminalised, and that Chelsea has been ill-treated and deprived of the very peace and freedom she strove to achieve for others.

"The Day-book could initially be a website, where individuals or groups could send along any item that might brighten a particular day for Chelsea, and these would be transmitted to her…"

If anyone is interested in helping make this happen, please get in touch.


Chelsea Manning speaks out about war on Isis

The drums of war had been beating hard while we’d been away and on Tuesday 16 September, Chelsea Manning had an article published in the Guardian’s Comment is Free section in which she argued that, based on her experience as an all-source analyst in Iraq (a job she was considered to be very good at),

"Isis cannot be defeated by bombs and bullets – even as the fight is taken to Syria, even if it is conducted by non-Western forces with air support…

"Unfortunately, when the west fights fire with fire, we feed into a cycle of outrage, recruitment, organizing and even more fighting that goes back decades. This is exactly what happened in Iraq during the height of a civil war in 2006 and 2007, and it can only be expected to occur again."


Note about the Manning Family Fund

All monies received by the Private Manning Family Fund will be used to offer direct support to Chelsea’s family. £1,800 has been spent so far to facilitate February’s prison visit (travel costs). Thank you to everyone who has donated by attending events such as this one or by direct payments to the fund, and to all who have supported Chelsea and her family in other ways.