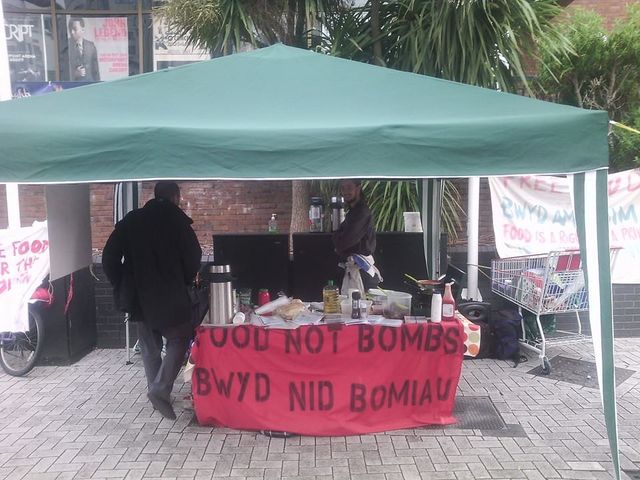 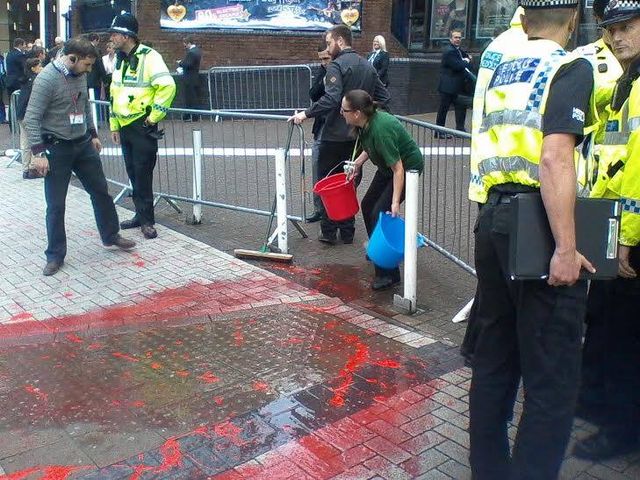 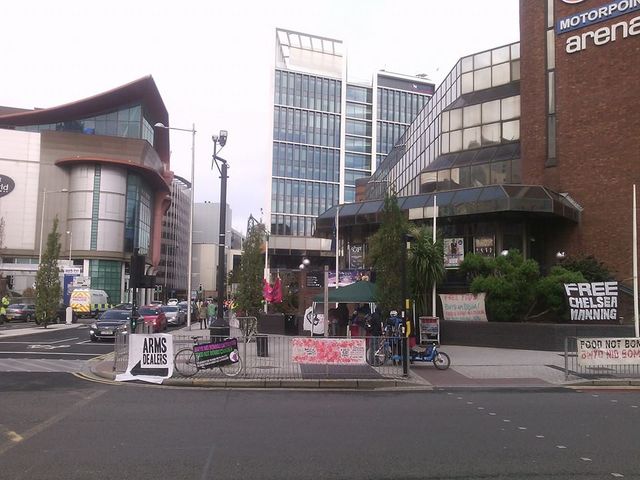 On the 8th of October, DPRTE – “The UK’s Premier Defence Procurement Event” was held in Cardiff’s Motorpoint arena. A demonstration had been called by Stop NATO Cymru, Anarchist Action Network and South Wales Anarchists to oppose it, starting at 8.30am to coincide with the start of delegate registration, when the those buying and selling weapons and toys of war would be entering the arms fair.

Several times people managed to get very close to the entrance before being kicked out by security, giving the delegates a piece of their mind in the process. At around 9am 3 men in suits entering the arms fair were covered in red paint. Two people were arrested and subsequently kept for 12 hours. They were both charged with criminal damage for staining the suits.

Food not Bombs Cardiff gave vegan breakfasts to passers by and the demonstrators. Food not bombs are a group who draw attention to food waste, and also the absurd fact that under capitalism we can afford to go to war but yet so many are going hungry and in many parts of the world people are starving to death.

The arms industry benefits from perpetual war that has become the norm. Arms dealers make money from the deaths of innocent people. They came to Cardiff, a city that had a small taste of what it is to be in a militarized zone with the NATO Conference coming to south Wales just a month ago. If DPRTE come back next year people will be there to oppose them again. We don’t want these dangerous psychopaths in our city, buying and selling weapons that kill people.

Protesters continued to have a frank exchange of views with delegates at the fair for the remainder of the day.