Some brief analysis from Insurrection News of Western / English-speaking world anarchist & leftist criticism / critique of solidarity campaigns for the people of Rojava that have appeared in many counter-information networks recently. 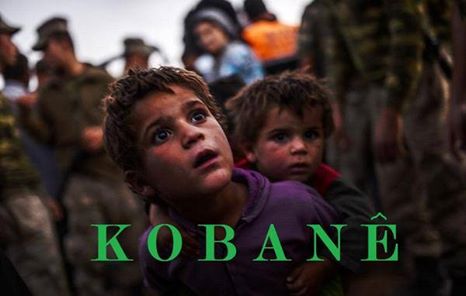 There seems to be a generalized misconception prevalent among our movements that the calls for international solidarity to support the people of Kobane & the wider revolutionary project of Rojava are some kind of call for Western / English-speaking world youth / people in general to physically journey to the region and actually participate in the armed conflict against ISIS. Or worse that it is little more than an attempt at cheer-leading for Western intervention in the conflict.

Much of this generalized misconception seems to be, in our assessment, being deliberately propagated by some extremely inhumane reactionaries that are lurking within our movements. While it is true that there are some solidarity campaigns that are working towards providing non-Western government supplied arms for the freedom fighters of Rojava, to the best of our knowledge, there are absolutely ZERO campaigns currently in existence within the English-speaking anarchist movement or radical left to promote either Western / imperialist intervention in the conflict or an influx of fighters from the Western world into the region.

Too many people who profess to be 'anarchist' and / or part of the radical left are seemingly prepared to abandon whole sections of humanity to genocide just because they have ideological differences with those under threat of or who are undergoing genocide.

This is in itself genocidal behavior - it's what we would define as being Intellectual Genocide & it is on a par with those carrying out or attempting to carry out the physical act of genocide itself.

If, because of what you view as your 'correct' or 'superior' ideological stance you are able to completely disregard huge sections of humanity that are literally screaming their lungs out for humanistic solidarity, then we believe that you are in fact the complete & utter scum of the earth, and that you have lost all humanity and therefore have no place in ANY anarchist or radical left movements or projects.

You are in reality just as big a part of the entire problem that the whole planet is facing at this point in time.

In conclusion, here are just a couple of examples of the ACTUAL solidarity campaigns currently underway to support Kobane & Rojava being promoted by both ourselves and other activists who are part of our network.

Winter is on it's way to Rojava, and the children there are in need of warm winter clothes! Donations are being collected by the Kurdish Red Crescent.

Campaign raising funds for humanitarian aid to assist refugees from Kobane & the wider Rojava region who have fled the fighting. Many of the refugees are either trapped at the Syrian / Turkish border, or worse - detained & brutalized inside refugee 'camps' run by fascist Turkish government forces.

T-shirts being sold - many designs available, many sizes and colors. T-shirts express support for the Rojava freedom fighters, the YPG (People's Defense Units) & the YPJ (Women's Defense Units). All money raised is going directly to the YPG & the YPJ.

*Insurrectionist News is a new counter-information project based in the Southern Hemisphere, but with no specific regional focus. We are a grouping of insurrectionist anarchists and revolutionary socialists & communists who have formed a unified front to assist and agitate for both local and international insurrectionist and progressive struggles. At present we are operating solely in the realm of social media as many of our members have years of experience in safely / securely navigating & subverting this realm in order to reach much larger audiences than can be reached via the usual counter-information networks. There will however be a blog / website available soon for those who are still uncomfortable with social media or lack experience in how to avoid all the pit-falls of surveillance / monitoring & data harvesting by government, security & marketing agencies.