British, Polish and Greek fascists intend to hold a demo outside the Greek Embassy, Hollland Park, London on Sat 29th November 2014. So I thought I'd cast a quick eye over a few of the organisers. 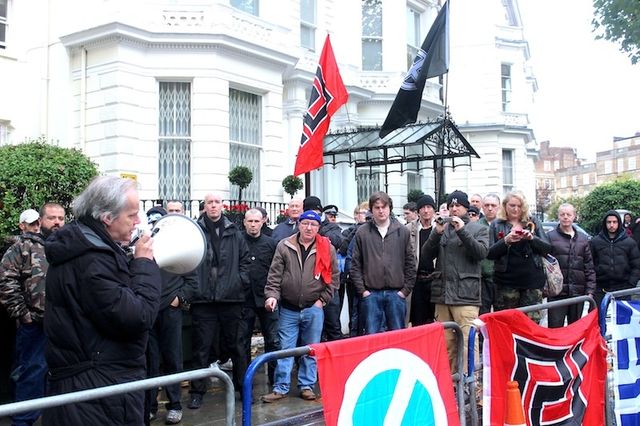 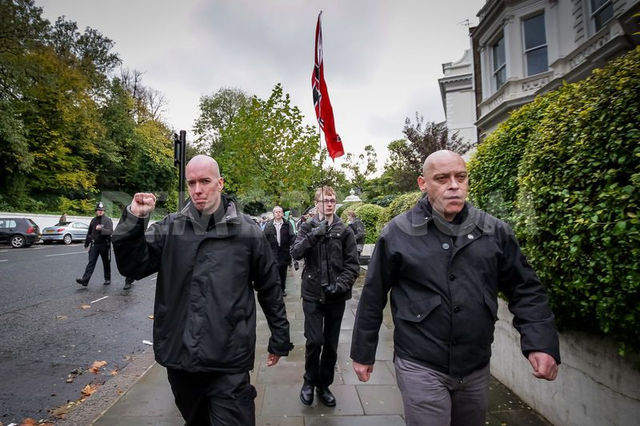 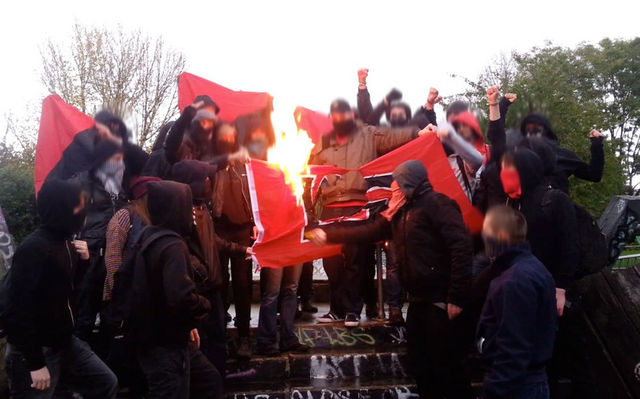 Some antifascists after winning last years game of capture the flag 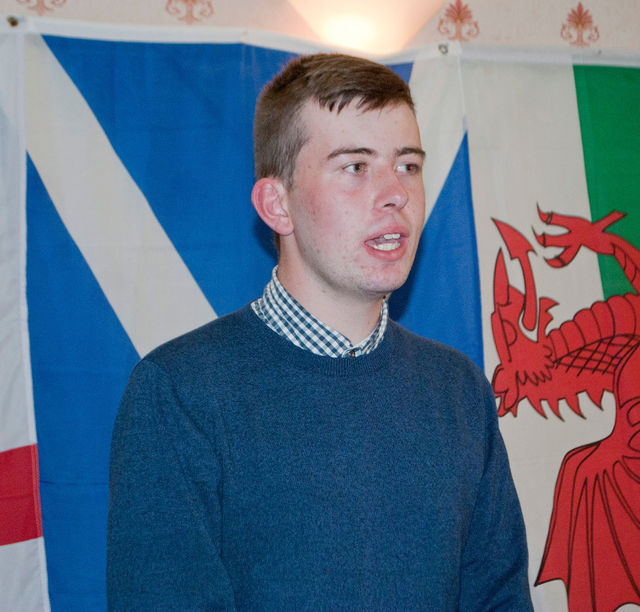 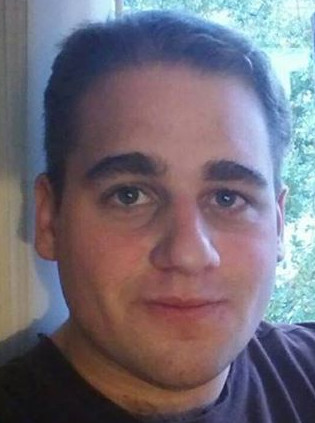 This is Benjamin Raymond, also of National Action

Last November a few of the more overtly fascist groupuscles on the far right decided to gather outside the Greek embassy in London in solidarity with their Golden Dawn friends who had been shot by left wing guerillas “Fighting People's Revolutionary Powers”. All did not go to plan though as antifascists met with a dozen of them in a pub for a forceful exchange of views beforehand, as a result some didn't make it to the demonstration at all and those who did arrived with bruised egos and a few less flags.

A year on and it seems they haven't learnt their lesson yet with another solidarity demo announced for Saturday 29th November. This year the fash are unhappy that some of their leaders are on remand in Greece so Polish fascists Narodowe Odrodzenie Polski and Eddie Stampton's Golden Dawn fan-club New Dawn have organised another demo featuring 'thrilling' speeches from ex-BNP Peter Rushton, ex-BNP Larry Nunn and er... ex-BNP Kevin Layzell.

'Historian' Peter Rushton was on the fringes of the BNP for many years eventually leaving to get involved in a succession of failed splinters. He's always seen himself as the natural upper-class leader of the nationalist proletariat, having failed to convince many others of this he seems to have settled for writing for Heritage & Destiny, giving the occasional speech and dating far right pin-up Lady Renouf.

Laurence 'Larry' Nunn of 55 Gresham Drive, Northampton was the Northamptonshire BNP organiser until quitting in 2011. Often known by the pseudonyms Papa Luigi and Max Musson, Larry is now the 'brains' behind the website (and wannabe movement) Western Spring. Many within the fascist movement don't trust Larry/Max/Papa (and with good reason) referring to his site as Western Sting and seeing him as yet another fuhrer out to enrich himself.

Baby-faced Kevin Layzell is probably the most unintentionally hilarious failure of the far right in recent years. Having been booted out of the BNP for being a comedic liability – a tough feat in itself – it remains to be seen what is next for young Kev. No doubt turning up at events dressed as a knight, shouting threats from behind far bigger comrades and hiding under tables in pubs will feature heavily.

All of this year's speakers attended 2013's demo so it's not looking likely that they'll draw many more than 35 outcasts once again. Despite their low numbers it's obviously necessary to oppose fascist mobilisations in our cities, though how best to counter small groups of ideologically hardcore boneheads is open to debate.


In the meantime the dying rump of the EDL will be dragging it's entrails across their spiritual home of Luton on Saturday 22nd November. The Anti-Fascist Network (

https://antifascistnetwork.org) and Unite Against Fascism are organising a counter demo.


For the latest developments check: