This is a history of the world's worst industrial accident which killed many thousands of people at Bhopal, India in 1984. In the intervening 30 years little or no compensation has been paid and what little was paid largely went in to the pockets of lawyers and middle men. 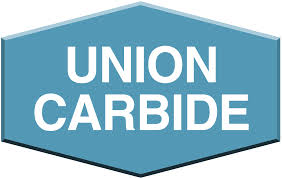 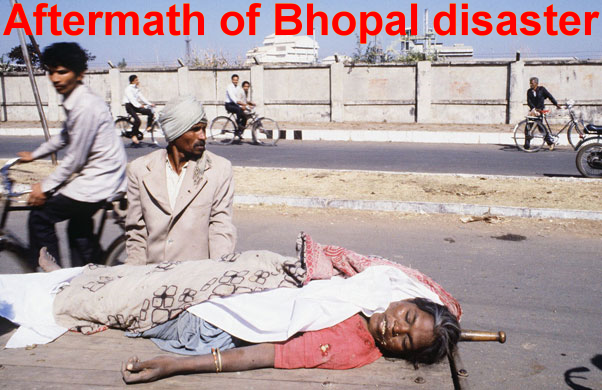 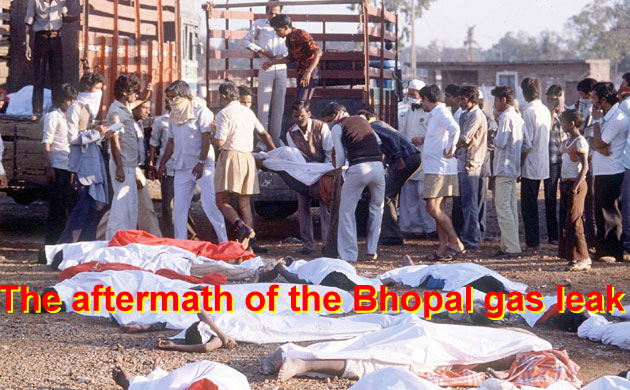 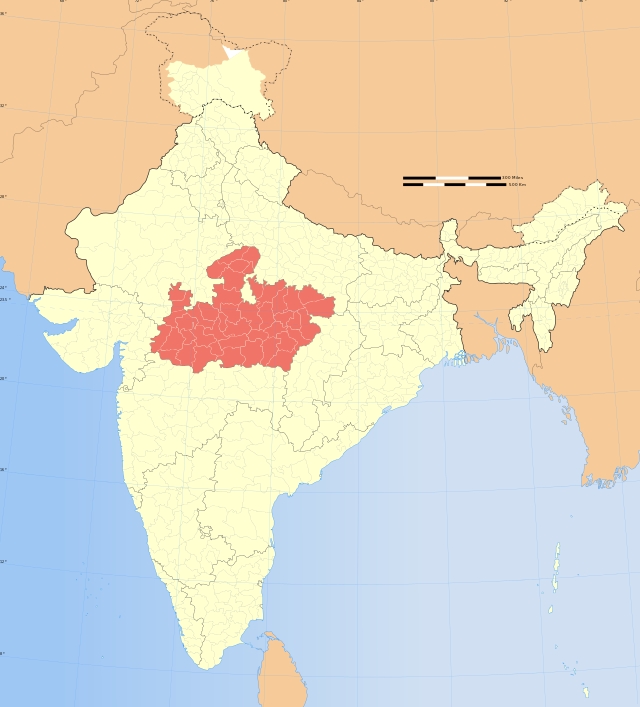 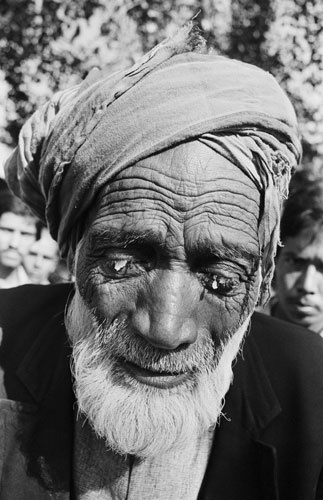 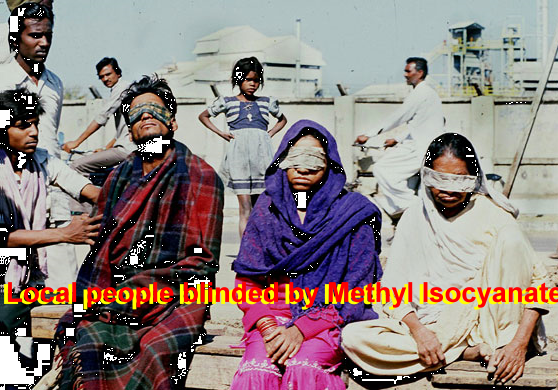 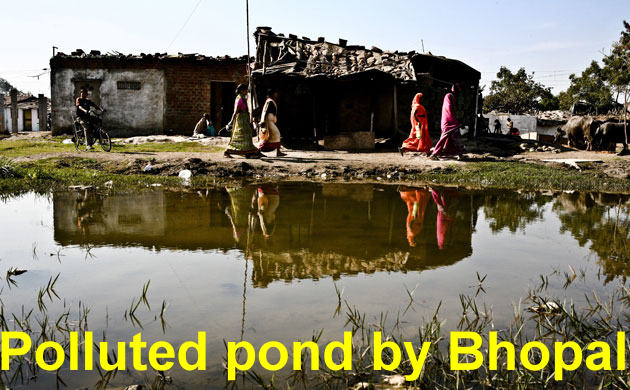 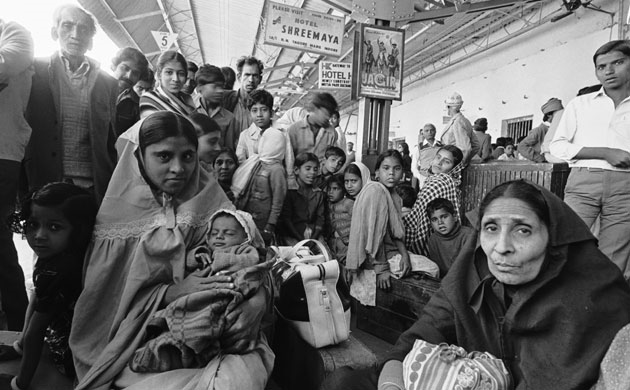 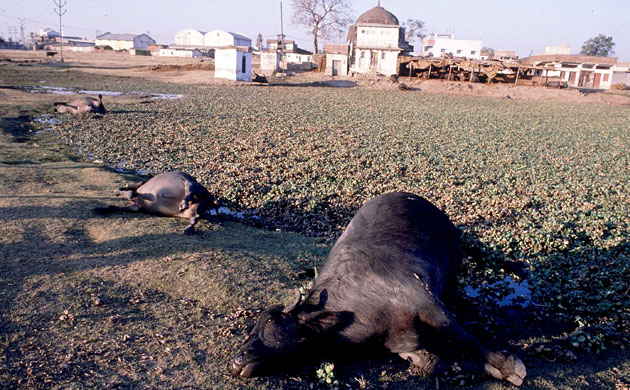 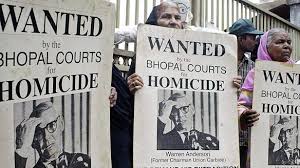 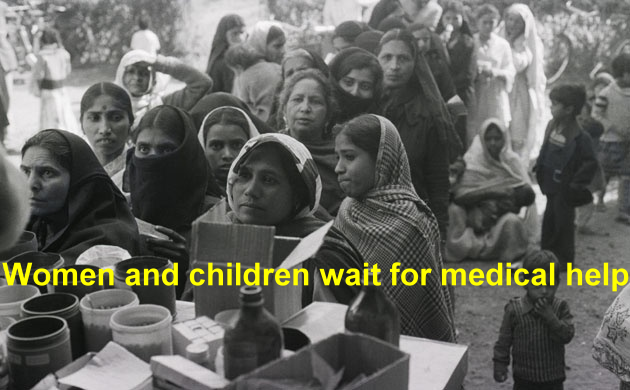 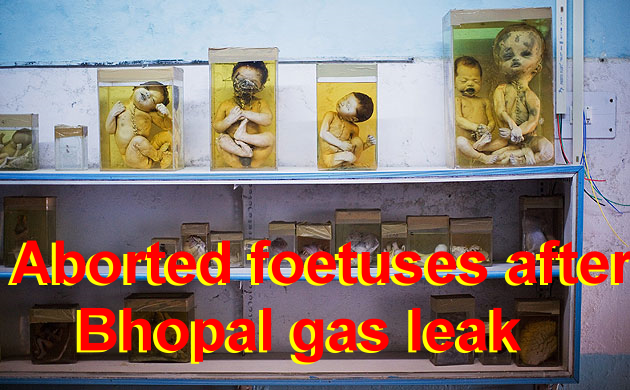 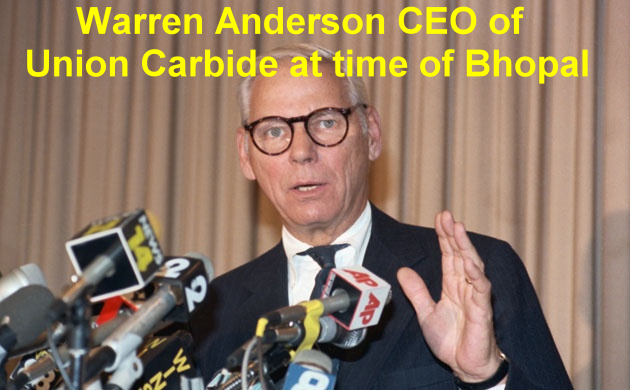 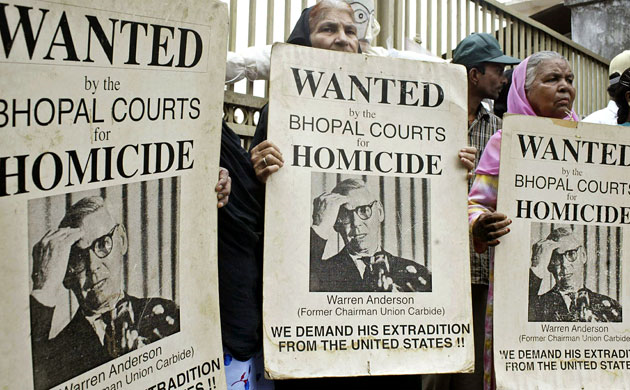 
December 3rd 2014 saw the 30th anniversary of the Bhopal disaster, the world’s worst ever industrial disaster. Around 50 people turned up in Greyfriars Kirkyard, Edinburgh, Scotland (not far from the famous statue of Greyfriars Bobby) on a cold dark Wednesday winter night for a commemoration of the thousands who were killed in the 1984 industrial disaster at Bhopal, India. There were songs and poetry and a minutes silence in respect of the many thousands who died and who are still dying to this day.

The Bhopal disaster, also referred to as the Bhopal gas tragedy, was a gas leak incident in India, considered the world's worst industrial disaster. It was a preventable disaster which was caused by financial decisions made in US boardrooms which led to substandard technologies, inadequate staffing levels and training and cutting corners with health and safety. Trade unions in the plant had raised health and safety concerns but management ignored the warnings and blamed the workers. Even after the disaster Union Carbide denied access to information about MIC (Methyl Isocyanate) and took extraordinary measures to obstruct rehabilitation and prevent any liability. In 2011 Dow chemicals absorbed Union Carbide and has shielded the company from accountability while benefitting from its assets.


The disaster site has never been cleared of its toxic waste. The toxins are still in the soil, in the plants, in the animals and most tragically in the local people who were never properly compensated for their awful suffering.

It occurred on the night of 2–3 December 1984 at the Union Carbide India Limited (UCIL) pesticide plant in Bhopal, Madhya Pradesh. Over 500,000 people were exposed to Methyl Isocyanate (MIC) gas and other chemicals. The toxic substance made its way in and around the shanty towns located near the plant.


Warren M. Anderson was the American businessman who served as Chairman and CEO of the Union Carbide Corporation at the time of the Bhopal disaster in 1984. He effectively went in to hiding for the rest of his life after the Bhopal tragedy.


He was declared a fugitive from justice by the Chief Judicial Magistrate of Bhopal on February 1, 1992, for failing to appear at the court hearings in a culpable homicide case in which he was named the chief defendant but the formal request for extradition was given only in 2003. The United States declined to extradite him since the first extradition request in 2003 citing a lack of evidence. A hated and most wanted man he was never brought to justice and died in September 2014.


It was disclosed that the two companies involved Union Carbide and the Dow Chemical Company (who took over Union Carbide) have both refused to give evidence as to the harmful nature of the filthy chemicals (largely Methyl Isocyanate) they released in to the atmosphere of the local area killing so many. They are monsters and every bit as bad as the IDF and their suppliers. Palestinians and citizens from the Indian sub-continent like people in the Third World generally are seen as expendable and unimportant.


Well I've got news for the arseholes who sit in the boardrooms of Union Carbide and the Dow Chemical Company – the people in the Third World work all the hours of the day and night in impossible conditions so that monsters like Dow can stuff their pockets with obscene profits and bonuses. I’d put all of the smug fat cat executives in a specially designed boardroom as they laughing their asses off with their latest bonus. I can picture them all guzzling champagne and shoving their hands up the skirts of the young female secretaries.


I would make an announcement over the Tannoy address system requesting all the young female secretaries to report to the typing pool so that all of the girls would then be out of harm’s way.


Next I would seal all the doors and flood the rotten boardroom, a symbol of mammon and corruption not to say mass murder, with some Methyl Isocyanate and watch them all writhe in agony and see how they like their own medicine. Methyl Isocyanate was the principal toxicant involved in the Bhopal disaster, which killed nearly 8,000 people initially and approximately 20,000 to 30,000 people in total. Half a million people were left permanently disabled and deformed babies are still being born to this day some 30 years later.

Shades of Vietnam and Agent Orange which the authorities told us benignly at the time (in the 1960’s) was “A non-toxic weed killer.” In Vietnam to this day deformed babies are born.


This is not considered newsworthy neither are the after effects of white phosphorus and depleted uranium (DU) in Iraq especially in Fallujah where many mothers give birth to babies with hideous deformities. Dahr Jamail reports:

`Al Jazeera reporter Dahr Jamail discusses how the U.S. invasion of Iraq has left behind a legacy of cancer and birth defects suspected of being caused by the U.S. military’s extensive use of depleted uranium and white phosphorus. Noting the birth defects in the Iraqi city of Fallujah, Jamail says: "They’re extremely hard to bear witness to. But it’s something that we all need to pay attention to ... What this has generated is, from 2004 up to this day, we are seeing a rate of congenital malformations in the city of Fallujah that has surpassed even that in the wake of the Japanese cities of Hiroshima and Nagasaki that nuclear bombs were dropped on at the end of World War II." Jamail has also reported on the refugee crisis of more than one million displaced Iraqis still inside the country, who are struggling to survive without government aid, a majority of them living in Baghdad.`

This is all shocking stuff yet how much of it gets in to the mainstream media or should I say `lamestream media`. Our fearless seekers after truth are more often than not merely stenographers for power who sit outside the corridors of the rich and the powerful waiting to be lied to. Look at how they gave credibility to the ludicrous lies about Iraq’s weapons of mass destruction (WMD) which simply did not exist. The same great seekers after truth who often get paid telephone figure salaries told us precisely nothing about the biggest weapon of mass destruction of all which was the ghastly sanctions regime against Iraq. This decade long blockade caused the deaths of around a million people and reduced a country with a good health service and a standard of living comparable to Greece to a land of starving, desperately sick people with a standard of living lower than that in a sub Saharan country.


How many people have even heard of Bhopal or Fallujah or the Iraq sanctions genocide or Agent Orange?

The story about the birth deformities in Vietnam made page 23 of the Independent on Sunday – how many people – even readers of that low circulation periodical would have read it?


Ah, but people don’t care do they? We are all motivated by greed, so we are informed by highly trained and educated psychologists. We all want to tear each other apart to get some preposterous piece of gadgetry at a `Black Friday` type sale. We all want this and that, so we are constantly told. What is it that the public wants? Do they want what they are brainwashed into thinking they want by the medium of advertising? You have to have this consumer item because “you’re worth it.” You have to look like some stick thin super model or you have to have the latest automobile because James Bond also drives it. Then with your new flash car you can pick up the super stick thin super model and be happy. Happiness is the state of mind that the advertisers tell you is yours if only you buy their goods and services. You can, can’t you, because like they keep saying you’re `worth it` – whatever `it` is.


Oh dear, there is a problem – you haven’t got the money to buy these goods. So what do you do?


No problem Sir (or Madam) we’ll lend you the money. You can always go to a caring, compassionate institution like Wonga Loans or Yes Loans or Pounds to Pocket with their very reasonable 4,000% APRs. If you can’t keep up the payments Wonga Loans send you threatening letters with the names of fictitious lawyers to frighten you in to paying what you haven’t got for something that you didn’t want.

Still in the First World you can always go to a citizen’s advice bureau to sort out your mess of credit card and overdraft debt. The people in the Third World don’t have such facilities. They have to pay back loans from loan shark monsters like the World Bank and International Monetary fund many times over.


There must be a better way of treating the people of the Third World than this.


BBC report of aftermath of Bhopal:


International Campaign for Justice in Bhopal