An Open Letter To Russell Brand from the Silent Majority

The Silent Majority reaches out to Russell Brand. 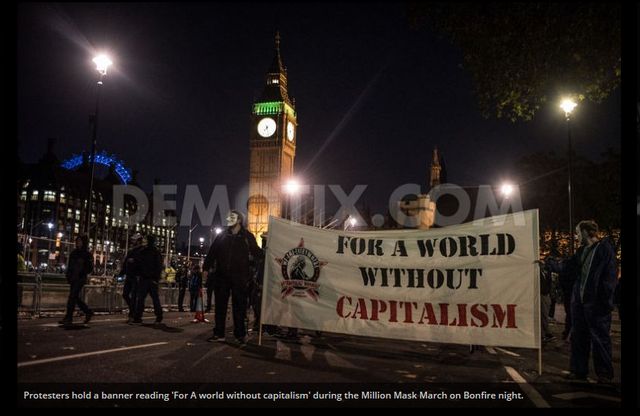 In five months time the people of the UK will go to the polling booths. They will cast their votes and get a false sense that they are participating in some sort of democratic process. We believe that no matter who gets voted in the same policies that favour the 1% will be brought forward and implemented at the expense of the 99%.

For many years we have refused to engage in this corrupt process. You could argue that in this respect we have been without a voice. We agree with you when you say that people shouldn't vote until there is something worth voting for. It doesn’t matter if Labour wins this election, we believe in a number of years there is a more than a strong possibility we will be marching against more Labour illegal wars and so called austerity cuts.

We want change, not a new shop front but a wholesale change of the system. Its broken. How do we get our voices heard? Up until this point you have done an amazing job. Considering that you are not a professional lefty. We need to find a way for us all to have a voice. How can we do that?

Over time people have asked you to stand for Parliament, in the past and present this has been used as a stick to beat you with, last night you said that you would not want to stand for Parliament because you didn’t want to become 'one of them'. We agree, so this is our proposal. We would like to see you use you the resources at your disposal and begin to set up a process where we can lodge our opposition to this shabby pantomime. Ideas that come to mind or a parallel referendum or a website to record the fact that we have refused to vote or spoiled our ballots. A website where people can say what constituency they are from, and what they would vote for.

We need to measure the anger of the working classes in actual numbers. We believe this would give you a mandate to carry on challenging the system.


We wish you well in your struggle

As Spike Milligan once said