Julian Assange should be free to go where he wants

Julian Assange, the founder and editor of Wikileaks has been a virtual prisoner in the Ecuadorian Embassy in London for the past two and a half years. What, pray, is the nature of Julian Assange’s crime? He has spoken the truth to power and power does not like it might be one answer. 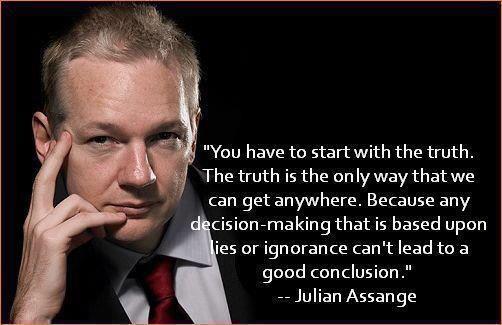 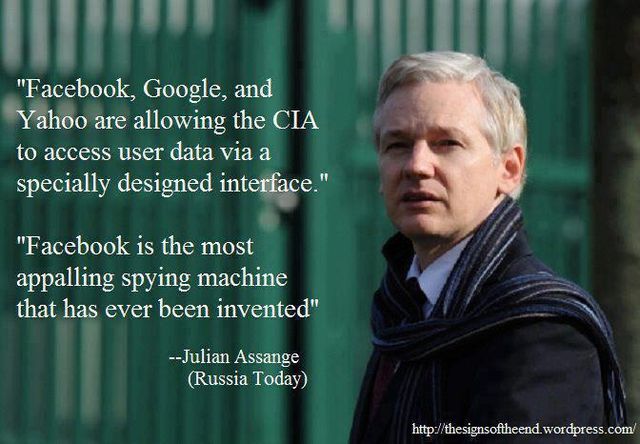 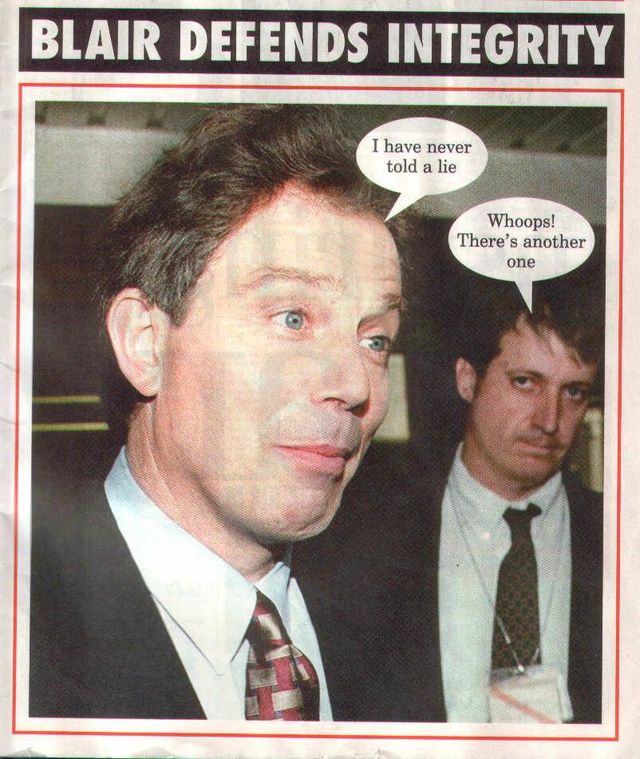 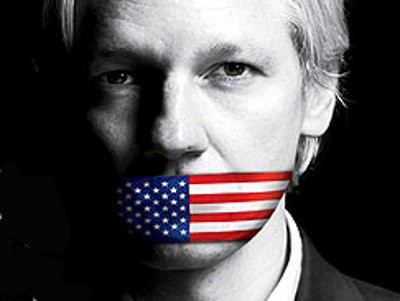 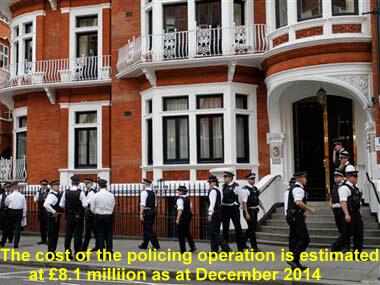 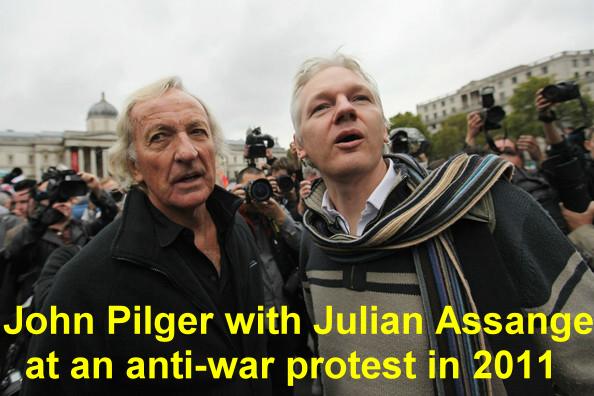 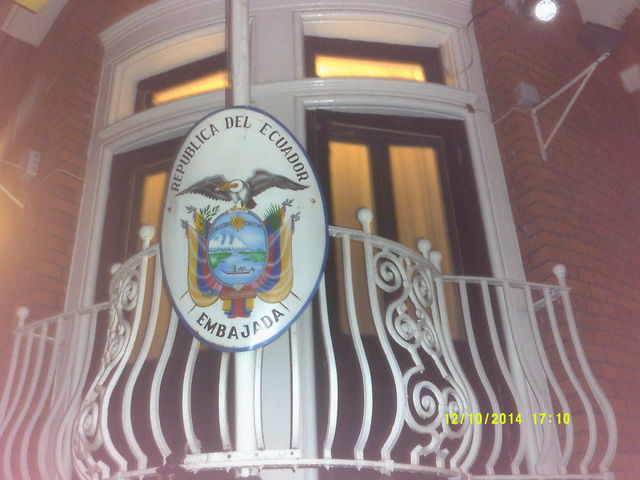 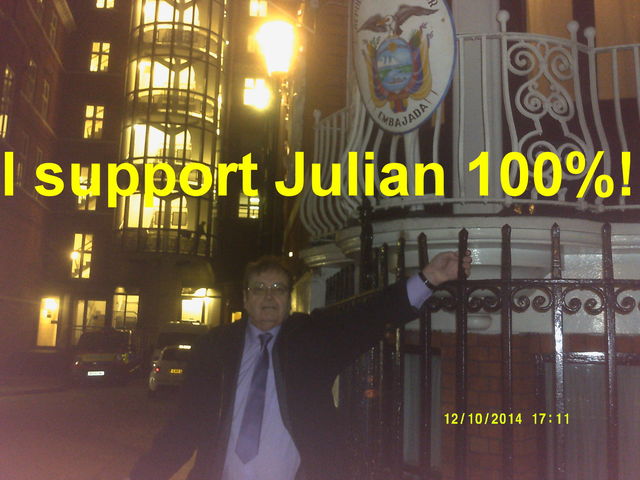 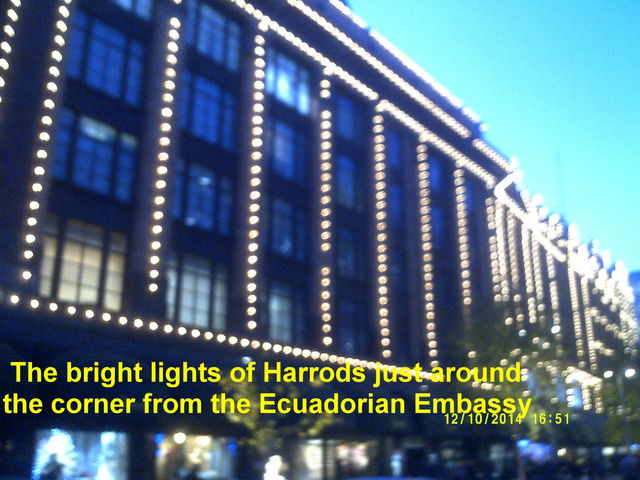 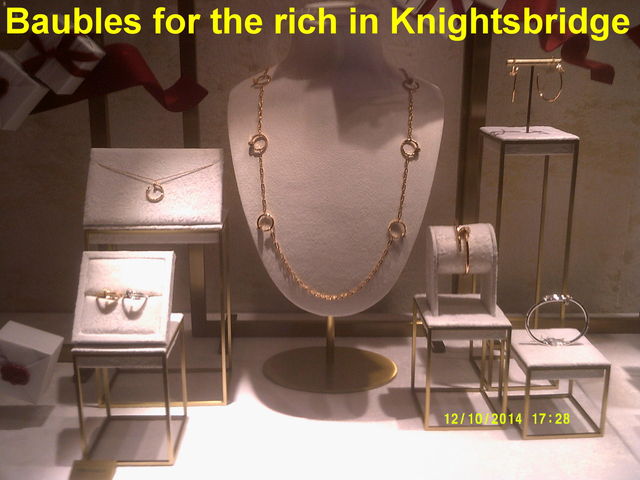 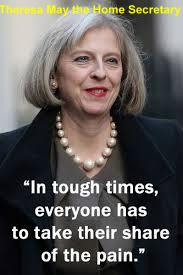 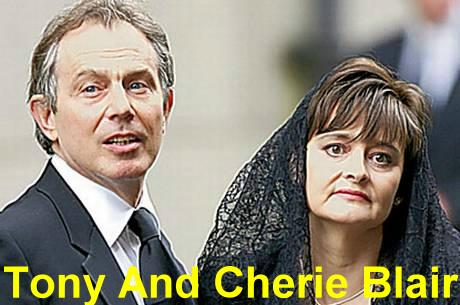 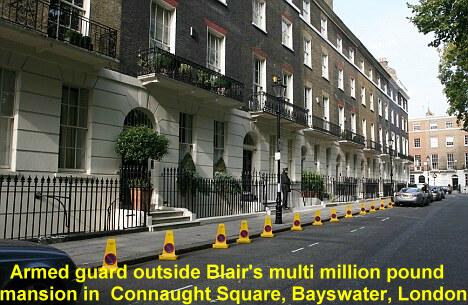 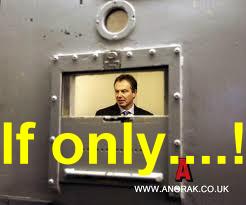 Julian Assange should be free to go where he wants

As we start 2015 I think a very major priority for anyone who seeks justice is to end of the harassment of whistle blower and founder of WikiLeaks Julian Assange.

The Ecuadorian Embassy in London is just around the corner from the rich people’s store Harrods and has been Julian’s home for the past two and a half years.

He cannot safely venture in to the street outside as it is crawling with cops who are likely to grab him as soon as he steps outside.

What, pray, is the nature of Julian Assange’s crime?

He has spoken the truth to power and power does not like it might be one answer.

From the website `Truth Lies Deception and Coverups - Democracy Under Fire`


Julian Assange founded Wikileaks in 2006 and has been its public face since it became famous in 2010 when it published U.S. military and diplomatic documents leaked by Bradley (now Chelsea) Manning. The most famous leak came in April 2010 when WikiLeaks published gunsight footage from the 12 July 2007 Baghdad airstrike in which Iraqi journalists were among those killed by an AH-64 Apache helicopter. This footage became known as the Collateral Murder video. In July of the same year, WikiLeaks released Afghan War Diary, a compilation of more than 76,900 documents about the War in Afghanistan not previously available to the public.


These revelations have enraged the State Department in Washington which has ruthlessly pursued Julian ever since.

I have written to Home Secretary Theresa May to protest this appalling situation and here is a copy of my letter to her:

I am absolutely disgusted by the continuing harassment of WikiLeaks editor and founder Julian Assange who has lived as a virtual prisoner in the Ecuadorian Embassy in London for the last two and a half years having committed no crime.

His only misdemeanour in the eyes of the establishment is to have told the truth which of course is something the rich and the powerful cannot handle. His shocking revelation of the video `Collateral Murder` shows the contempt that the US and indeed British military have for International Law.

I would repeat that the 2003 invasion of Iraq was and is a crime against humanity as it was unprovoked and based on a tissue of lies about non-existent weapons of mass destruction. It might also be noted that some 11 (almost 12) years after the unprovoked attack on Iraq the electricity and water supplies have not been restored to the great majority of the Iraqi people. Where are the $150 billion a year oil revenues going to? Into the pockets of a corrupt kleptocracy no doubt. The unprovoked attack on Iraq has created millions of refugees; may I ask what is the British Government doing to help this awful situation that their criminal acts helped to create in the first place?


I was both dismayed and disgusted by the recent revelations about the CIA torture programme in which Britain played a supporting role.

American lawyer Marjorie Cohn writes: ` “Reading the 499-page torture report just released by the Senate Select Committee on Intelligence was a disgusting experience. Even after many years of writing books and articles about the Bush torture policy, I was unprepared for the atrocious pattern of crimes our government committed against other human beings in our name.

One of the most hideous techniques the CIA plied on detainees was called "rectal rehydration" or "rectal feeding" without medical necessity - a sanitized description of rape by a foreign object. A concoction of pureed "hummus, pasta with sauce, nuts and raisins" was forced into the rectum of one detainee. Another was subjected to "rectal rehydration" to establish the interrogator's "total control over the detainee." This constitutes illegal, cruel, inhuman and degrading treatment and a humiliating outrage upon personal dignity.”

The executive summary of the torture report was made public, but the 6,700-page report remains classified. The summary depicts the CIA at best, as keystone cops, at worst, as pathological, lying, sadistic war criminals. The CIA lied repeatedly about the effectiveness of the torture and cruel treatment. Interrogations of detainees were much more brutal than the CIA represented to government officials and the American public.

Bush's CIA directors George Tenet, Porter Goss and Michael Hayden should be charged with crimes, along with their minions who carried out the torture.” `


The CIA and their British counterparts are a bunch of disgusting perverts and war criminals who ought to be behind bars.


Julian Assange is a good man whose only `crime` was to have exposed the lies and evil wrongdoing of the elites in the USA and in Britain. He should not be penalised for telling the truth.

I maintain that he should be allowed to leave The Ecuadorian Embassy and given safe passage to any country of his choice. Tony Blair and George Bush should be put on trial as the war criminals they are.

As a final thought when are we ever going to see the Chilcot report? It has been held up for years after it cost many millions of pounds of public money to fund. What on earth is the Government so afraid of that the report will reveal? Something horrendous like the truth either in whole or at least in part?


A similar situation exists a few miles away in Connaught Square near Marble Arch in another plush part of London. There armed police are stationed outside the house of former Prime Minister Tony Blair day and night since he bought the property for a trifling £3.6 million in 2004. However the police are not there to arrest Mr Blair for his warmongering activities but instead are there to protect him. The cost of policing Blair’s Bayswater residence is estimated at £6 million a year while armed officers also guard Mr Blair’s £4million country home near Aylesbury, Buckinghamshire.

The Daily Express of July 18th 2010 reported that ` With police forces facing drastic cutbacks, neighbours living near Mr Blair’s £4million town house in Connaught Square, London, are astonished at the array of firepower being used to protect him.
Last Wednesday one armed officer stood guard at the front of the house with three others at the rear, where the Blairs own another property in a mews-style close.
During the afternoon three other officers arrived at the rear of the property, possibly for a shift change or to bolster the security presence.
One neighbour said: “The armed officers sit at the back in full view of everyone with their guns on a table, sipping coffee. They work shifts so we think there are 20 or so involved.
“Some days you have to thread your way past three heavily armed men just to get into your street. It’s utterly ridiculous.”
The officers on house guard are in addition the 16 or so close protection officers constantly at his side as he travels the globe on private money-making ventures or when in the Middle East, where he acts as a part-time envoy for the European Union, America, the UN and Russia.`


That report was from nearly 5 years ago and Blair is still in Bayswater so the total cost of protecting him must run in to tens of millions of pounds.


The priorities of the British Government along with their masters in Washington appear to be to arrest someone who told the truth while protecting (at huge public expense) someone whose lies led to the deaths of millions in Iraq, Afghanistan, and the former Yugoslavia etc.

Here is the shocking video of `collateral murder`:

End the persecution of Julian Assange and send Anthony Charles Lynton Blair to the dock in The Hague – now!!