An Ostentatious Display of Cruelty 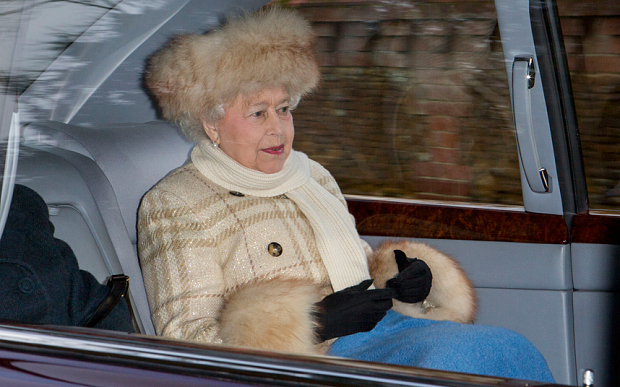 To test the level of democracy in a country, the late British Labour MP Tony Benn used to give the following advice:

“Whenever you meet anyone in a position of power, keep five questions in mind: “What power have you got? Where did you get it from? In whose interests do you exercise it? To whom are you accountable? And how can we get rid of you?”

Let’s ask those questions about the present Queen of Great Britain, (that’s supposed to be a democracy, isn’t it?)

She exercises it for the interest of her family, (nicknamed ‘The Firm’.)

As for accountability, in the words of her ancestor King James 1 as he dissolved the English Parliament in 1622 following a dispute: “Monarchy is the greatest thing on earth. Kings are rightly called gods since just like God they have power of life and death over all their subjects in all things. They are accountable to God only … so it is a crime for anyone to argue about what a king can do.”

There’s not much you can say to that, is there?

Last Sunday Queen Elizabeth stepped out of her chauffeur-driven Bentley for morning worship at St. Mary Magdalene church in Sandringham, dressed in a large cream-coloured fur hat and matching fur cuffs, which experts claim was made from fur from different types of fox.

Five years ago in 2010, when she turned up for Sunday service at another church in the same attire, the director of Animal Aid, Andrew Tyler, commented:

“This strikes me as an ostentatious display of cruelty. To parade fur in 2010 says something unpleasant about the person ­wearing it.”

A spokesman for the campaign group People for the Ethical Treatment of Animals said at the time:

“Britain is a nation of animal lovers and more than 90 per cent of Britons refuse to wear fur. We hope that Her Majesty will choose to wear something more humane in future, that better reflects the values of the British people.”

In fact, in that same year, 2010, following a lengthy campaign ­highlighting the physical and ­psychological distress suffered by animals, legislation to ban fur farming in Britain was passed, although it still remains legal to import fur.

China is now the world’s leading fur exporter, and millions of the animals who are killed for their fur are often skinned alive, according to PETA.

But, heedless of criticism,(doesn’t she read the papers?), three years later in 2013, the Queen did it again – appearing for Christmas Day church service in one of her long-cherished fur coats, a mink, I think.

Andrew Tyler repeated his criticism then:

“This is 2013 and no right-thinking person would wear fur. Fur is now unfashionable amongst right minded people. People know how cruel it is to get fur. It’s cruel and uncivilised. The Queen should not be wearing fur – it’s as simple as that.”

“How can Queen Elizabeth – who had to be taught why people loved Diana, a nonhunting, furfree vegetarian – not yet have learned what’s right and wrong and abandoned fur, the product of immense suffering?

“Animals are routinely strangled, electrocuted and skinned alive for their pelts. Fur farming was banned in 2000 because it’s a cruel industry that no longer represents British values.

“We truly hope that the Queen gets with these more enlightened times and chooses to wear something more humane in the future.”

And yet, two years later, in January 2015, here she is again publicly flaunting her furs for another Sunday service at a church in Sandringham. Does she do it deliberately?

Last year the Queen’s grandson, Prince William, announced that he wanted to destroy all 1,200 ivory artefacts in Buckingham Palace to ‘send a message’ to illegal elephant poachers. As a long-term supporter of animals rights charities, surely he should have some sympathy for the poor animals that gave their lives along with their pelts? Could he not whisper in his granny’s ear that it’s time she started sorting her wardrobe out?

The Queen’s planned venue for last Sunday worship had originally been the church of St Mary the Virgin, but the service was cancelled due to a ‘Health and Safety Hazard’, after a lump of plaster fell off the ceiling at New Year’s Eve.

That last question in Tony Benn’s democracy test is the most crucial one, for if you can’t get rid of the people with power, you can’t truly claim to live in a democracy.

Of course the usual way to get rid of a monarchy is to have a revolution, and aim for a world of equality and freedom and justice and dignity for all, including animals.

As the PETA spokesman said:

“It’s never too late to change old ways, especially when they are not only old but also insensitive and unacceptable today.”

He’s talking about you, your majesty. It’s time to get rid of the furs.

Or we get rid of you.