Maximarse is more than a farce.

On the 2nd of March 2015 Disabled People Against the Cuts, Mental Health Resistance Network, Black Triangle and many other associated groups took to the streets to protest against the US company Maximus taking over the contract from Atos. The contract involves administering the Work Capability Assessment on behalf of the Department of Work and Pensions. 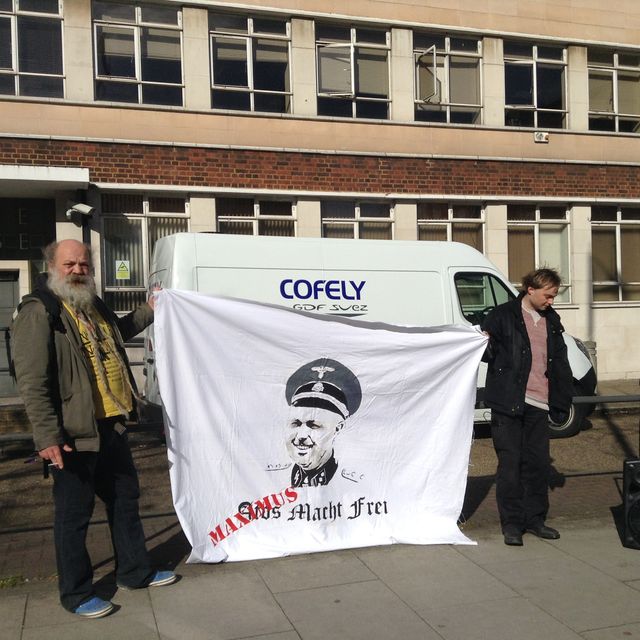 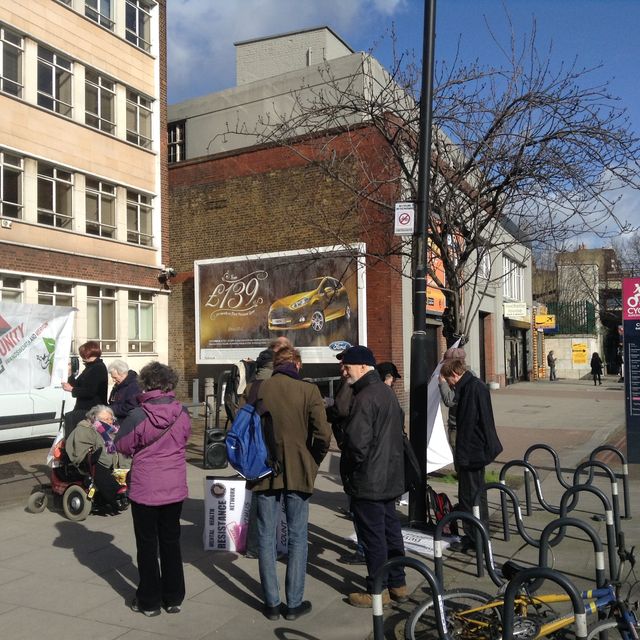 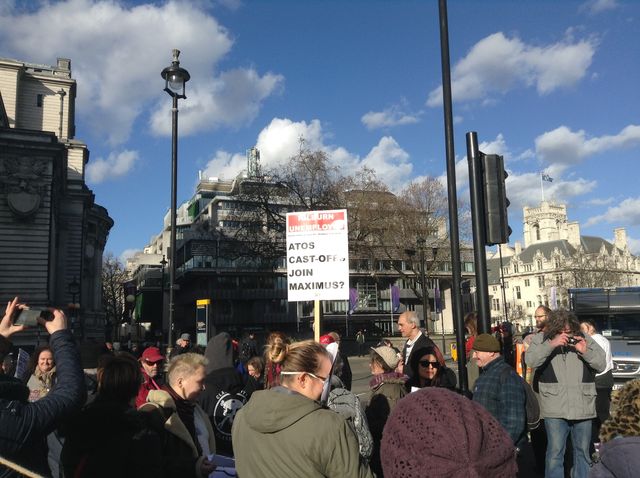 Maximus is involved in hounding the disabled and unemployed in a number of countries, and had featured in an expose of fraudulent practices in the administration and provision of 'services' for the unemployed Down Under! Maximus appear to be so concerned about their brand image that they bought up the URL for Maximarse.com. #Maximarse was a hashtag used for the day on social media.

At 10.30am on the 2nd of March, we made our way to Irene House in Balham, where the US company Maximus will be carrying out their 'assessments' of disabled people. About 15 individuals, representing a number of groups, congregated outside the building where we leafleted, displayed banners and placards and used our mobile PA system to address staff inside, who had shut the door and were peeping through the windows. Public reaction was positive, and a number of passers by stopped to tell us how they, or people they knew had been affected by the sham assessment process. The weather like the assessors, was icy cold, with a bitter wind and totally unforgiving.

A fitting environment to hold a protest against some of the vicious decisions made by Atos against those most in need of our support in this society. At noon we packed up and set off to join the demo outside Maximus HQ in central London.

"it’s a witch-hunt against us; they are waging a campaign of hatred against people with mental health problems. But we will never give up fighting." - Mental Health Resistance Network.

Despite the weather conditions, the atmosphere was one of solidarity as we packed outside the offices of Maximus and later on in the afternoon the offices of the Department of Work and Pensions. We all listened as speaker after speaker outline the attacks on the disabled that had happened under the guardianship of Atos, who in turn were working to the orders of an evil government policy. We heard stories of suicide, poverty and deprivation instigate with force with the 'jackboots' of the Tory Lib Dem coalition. One such moving statement was given by a representative of the Mental Health Resistance Network.

We took the road at various points along the way, staged circus acts and joined in a rousing rendition of 'David Cameron is a Wanker' led by the Kilburn Unemployed Workers Group.

The day showed that there is energy to resist Maximus, and to continue to fight for the scrapping of the Work Capability Assessment.

Thanks to the @blacbanner for the beautiful artwork and the Solidarity Collective for the loan of the sound system.

Johnny Void has written a report of the central demo if you want to read more.