Here is a report with 20 photos of the RIC conference in Dundee last weekend. As we approach the May 7th UK election, events in Scotland may influence what happens in Westminster. How will issues like austerity, Trident and overseas wars be affected? 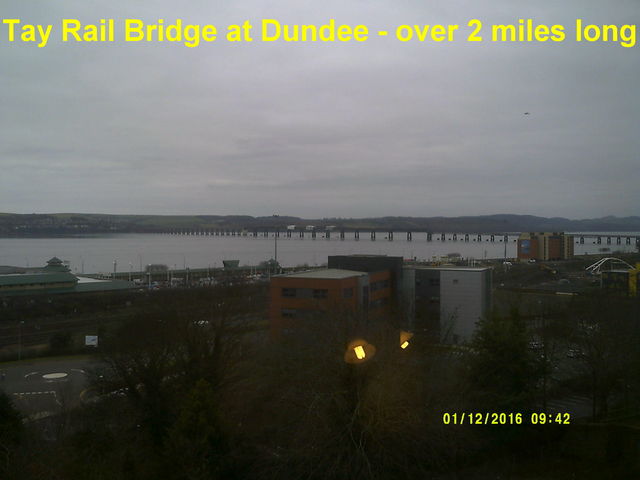 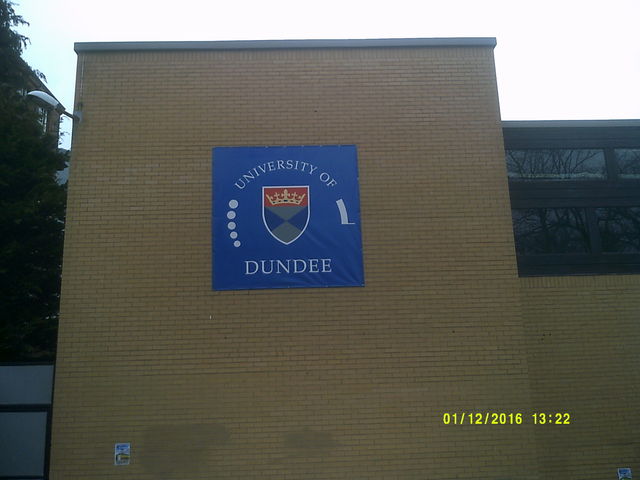 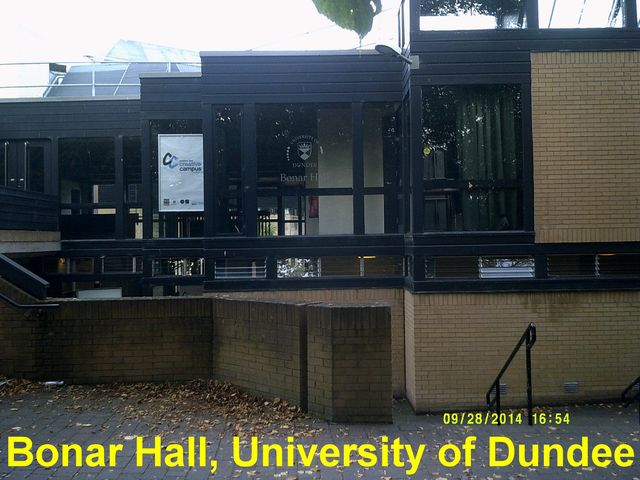 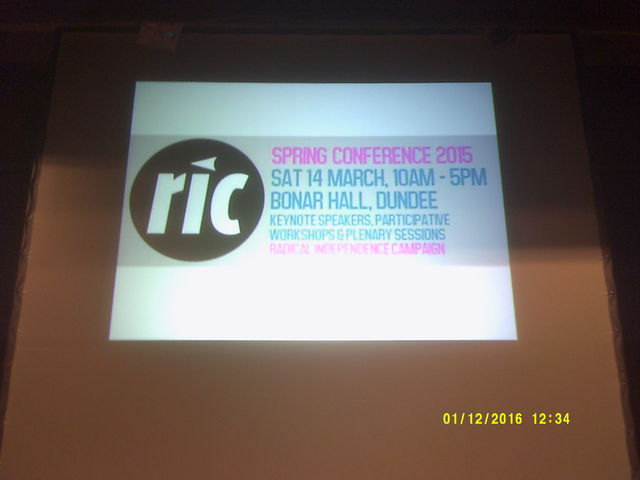 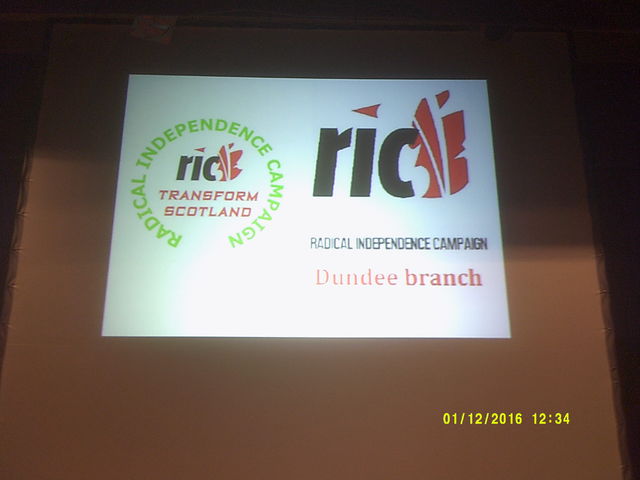 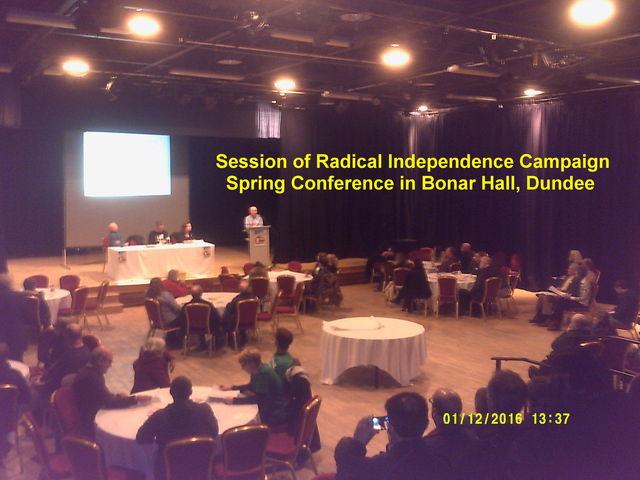 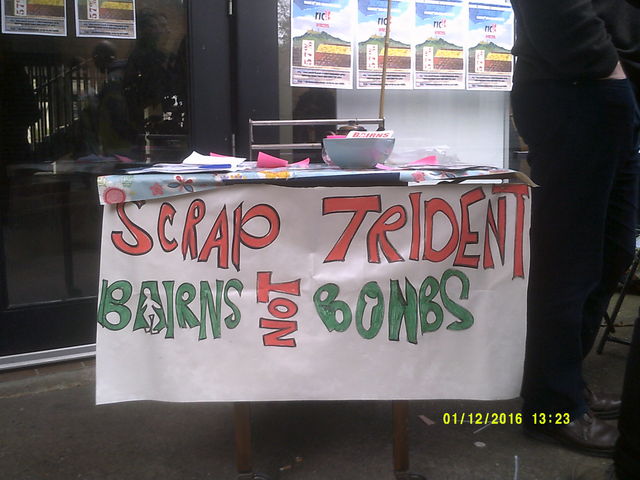 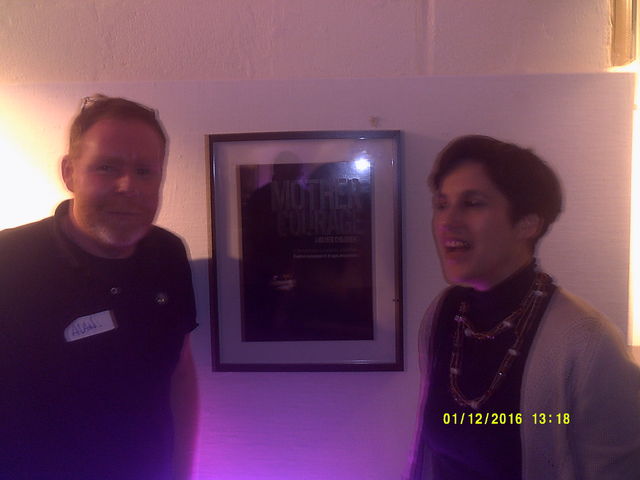 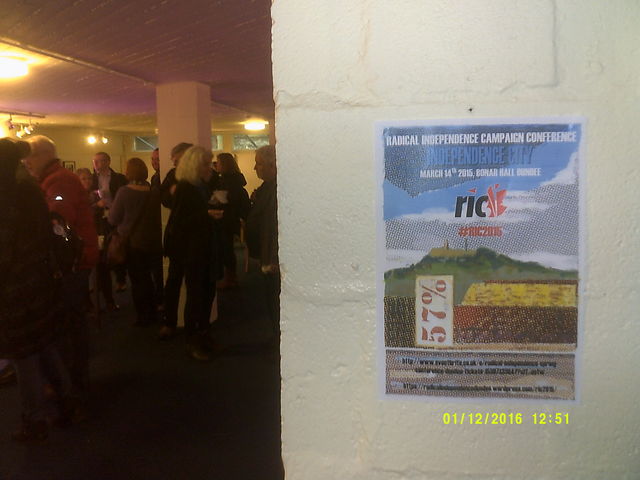 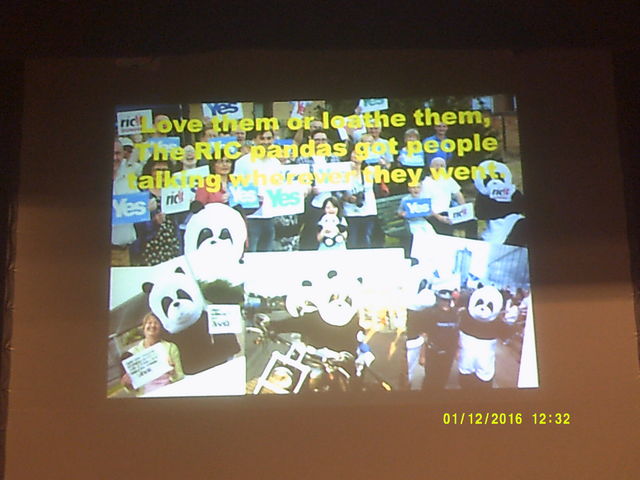 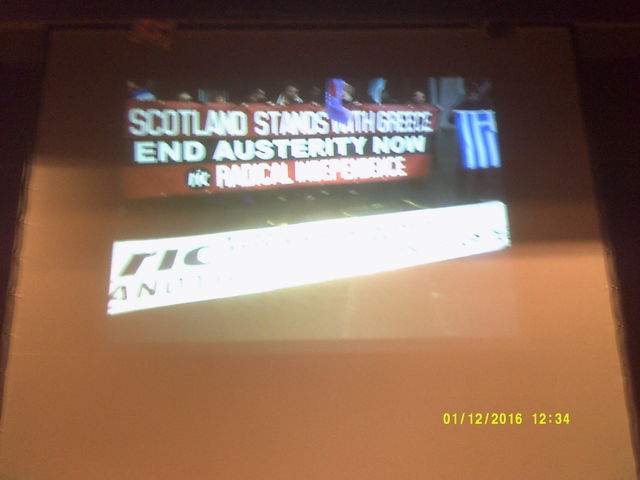 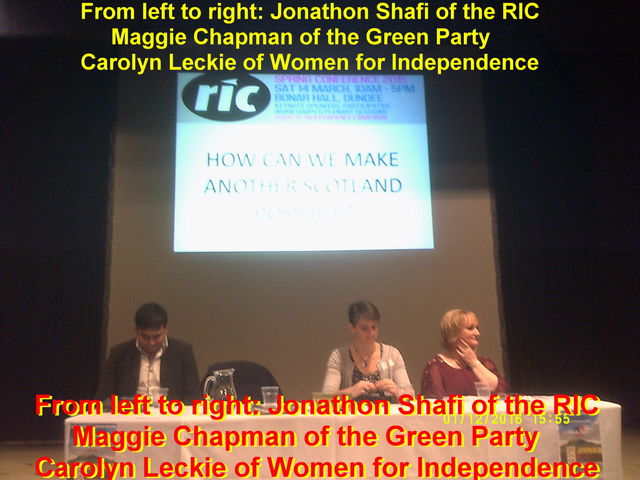 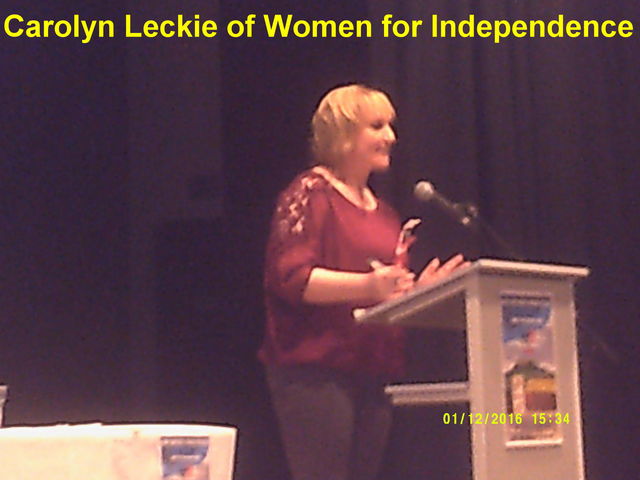 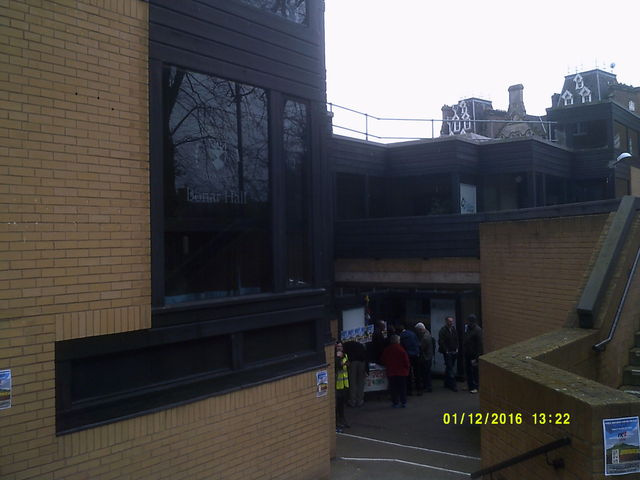 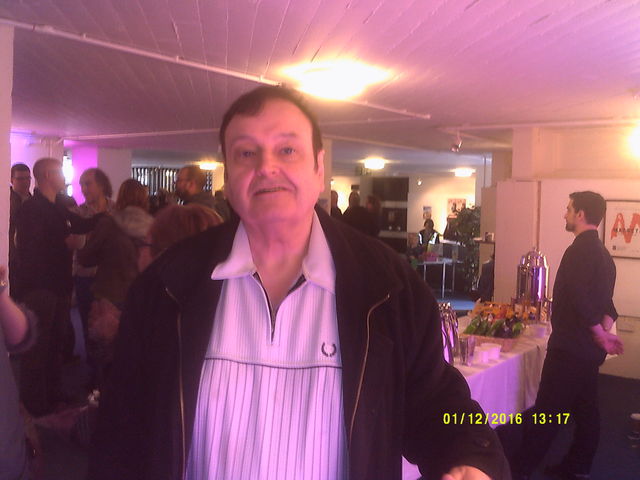 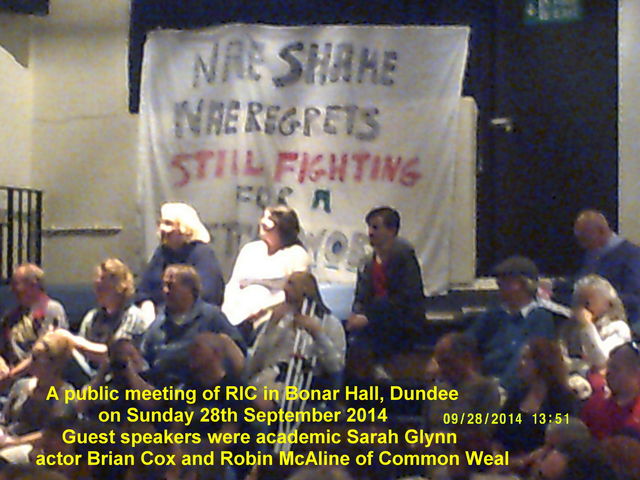 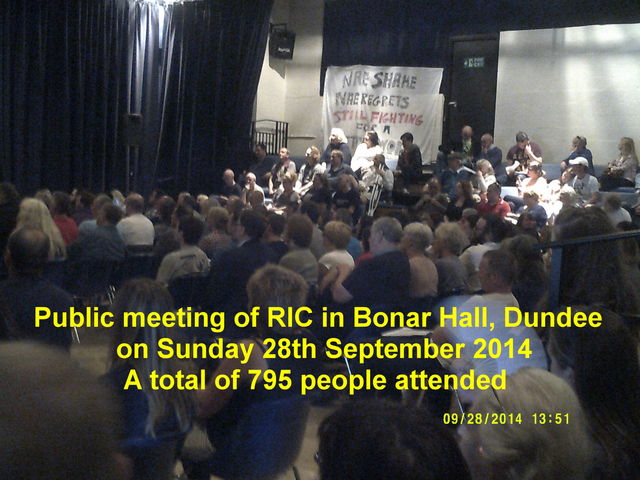 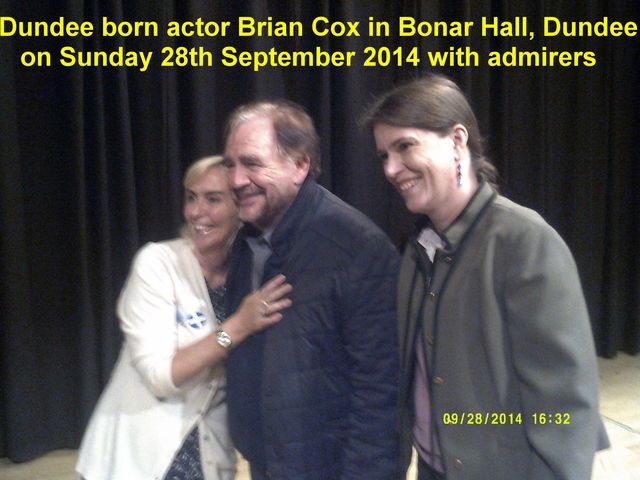 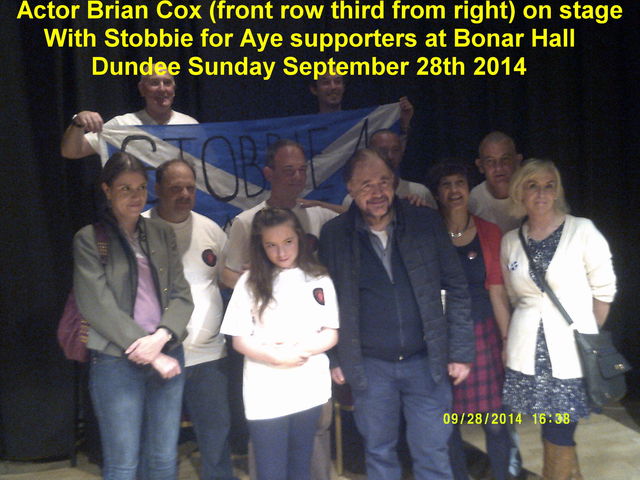 
The Radical Independence Campaign conference of Saturday March 14th 2015 was held in Bonar Hall, University of Dundee and attracted some 200 participants. This number was actually capped to help promote close contact between as many delegates as possible. By contrast the event of September 28th 2014 at the same venue had nearly four times as many attendees – some 795.

Briefly RIC is a campaigning organisation working for democracy, social justice, environmental sustainability and peace. RIC believes that theses aims can best be met in an independent Scotland and campaigns in accordance with five founding principles.

RIC stands for a Scotland that is

A/ For a social alternative to austerity and privatisation

D/Committed to equality and opposition to discrimination on grounds of gender, race, disability sexuality or age.

E/ Internationalist and opposed to war, NATO and Trident.

The conference of March 14th 2015 started with a number of sessions including one entitled `Beyond sanctions and food banks: Work and Welfare`

Academic Dr Sarah Glynn made the point that the government and media loved to divide people into two categories `strivers` and `skivers`. It was the poorest areas which received the biggest cuts. She said that much of the economy is based on speculation. Another contributor made the point that some people do very well out of austerity, namely the financial sector, payday loan companies, big gas and energy companies and this led to a distribution of wealth from poor to rich.

There is a need for more affordable housing after the sale of council houses in the 1980’s which were not replaced by socially rented housing. There has been a return of undesirable landlords of the Rachman type and the term revenge eviction was used. This refers to the eviction of a tenant who has asked a landlord to do a repair. Some 213,000 `revenge evictions` are estimated to have taken place in Britain in 2013. Liberal Democrat MP Sarah Teather wrote about this in the Guardian:


Another contributor spoke of the notorious Edinburgh landlord Mark Fortune who threatened to have his tenants shot when they asked him to do a repair. He was fined in court and banned from letting properties in the city again. Here is an article about the Ferrari driving Mark Fortune in the Edinburgh Evening News:


Some people like big corporations do well out of crises and this is well illustrated in Naomi Klein’s book `The Shock Doctrine – the rise of disaster capitalism`. The book was reviewed in the Guardian and the term shock doctrine comes from a barbaric psychiatric practice of applying shock as a mind control experiment. Montreal born Klein begins her first chapter with a moving account of a conversation she had with a victim of a covert programme of mind-control experiments, carried out in Canada in the 1950s, which used people suffering from minor psychiatric ailments to try out techniques of "de-patterning" that aimed to scramble and reshape their personalities.
Employing electroshock therapy, sensory deprivation and drug-induced comas, these experiments helped develop some of the "coercive interrogation techniques" that have been practised in Guantánamo Bay.


Klein uses torture as a metaphor, and does not claim any cause-and-effect link between its re-emergence and the rise of neo-liberal shock therapy; but she does point to some disquieting similarities. Individuals and societies have been "de-patterned" with the aim of remaking them on a better, more rational model. In each case, the experiments have failed, while inflicting lasting and often irreparable damage on those who were subjected to them.


Other sessions involved discussion of the oil crisis, fracking and the damage it does to the environment, why feminism matters and Scotland’s new economy: rethinking Economics and Money.

A buffet lunch was served during which people mingled and in the afternoon there were sessions on `There’s more to politics than elections`, `developing ideas from the first sessions` and `Ideas underpinning Common Weal`.


Common weal describes itself as a 'think and do tank' campaigning for social and economic equality in Scotland.

The BBC reported Common Weal’s blueprint for a new economy in 2014:


Speakers in the final plenary included Jonathon Shafi of RIC, Maggie Chapman of the Scottish Green Party and Carolyn Leckie of Women for Independence.


Much of the conference was devoted to issues of poverty, an end to austerity, an end to nuclear weapons and foreign wars.


16 photos of the day are included along with 4 photos from the September 28th 2014 RIC event at the same venue which featured Dundee born actor Brian Cox as a guest speaker. Brian Cox said during his speech that in his opinion every Labour MP should be kicked out of Scotland as they were merely `Red Tories` and this drew thunderous applause. As we approach the Thursday May 7th UK General Election this actually looks like happening with a near wipe-out of Scottish Labour MPs possible and the SNP perhaps returning 50 or more MPs.

The referendum on Scottish Independence of September 2014 attracted huge public interest in Scotland with an astonishing 85% turnout in contrast to the pathetic 35.6% turnout in the UK European elections of just a few months previously in May 2014.


The debate on Scottish Independence will doubtless continue and it will be fascinating to see what happens in May.


Here is a report of the Referendum night party in George Square, Glasgow September 18th/19th 2014 with 20 related photos:

what about the EU?

it is unclear what this groups position is regarding the EU.
it is stupid to talk about independence if it means joining the EU.
So what do you think about the EU? The SNP are pro EU. I assume this group is also.