Photos from anti-Pegida protest outside Scottish Parliament in Edinburgh

15 photos from the demonstration at the Scottish Parliament in Edinburgh to protest against far right group Pegida. The racists failed to make an appearance however and perhaps the far right are on the back foot. It pays to be vigilant though. 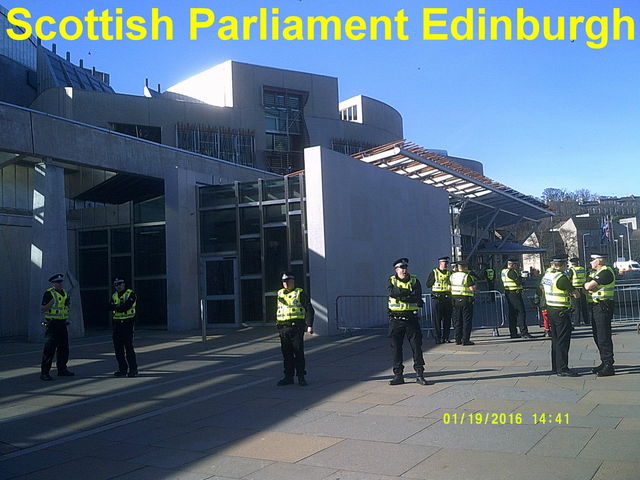 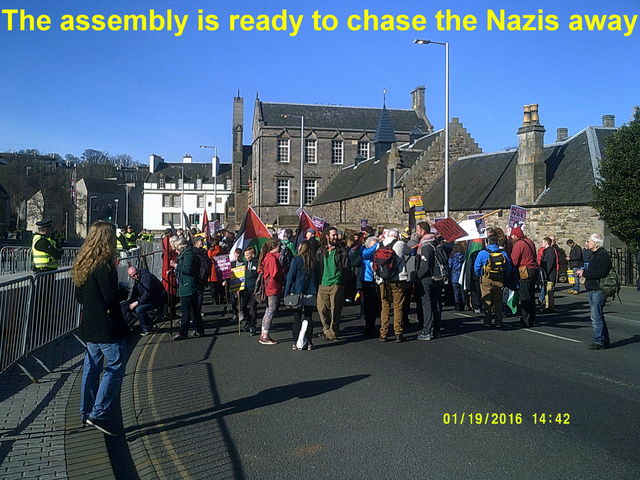 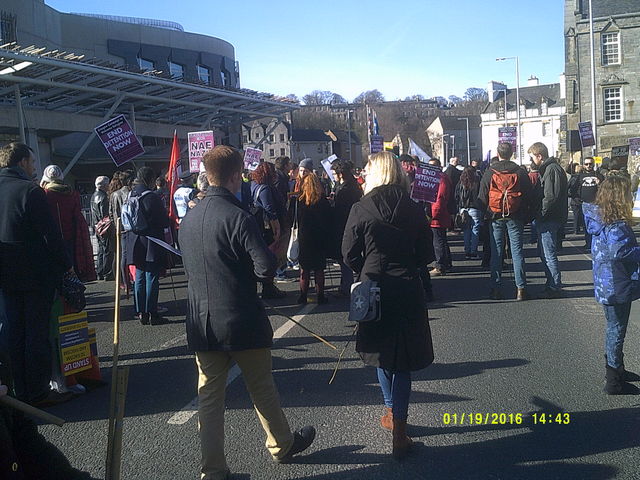 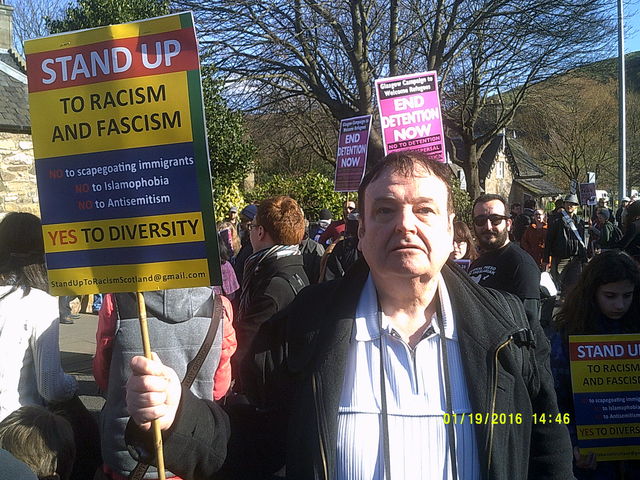 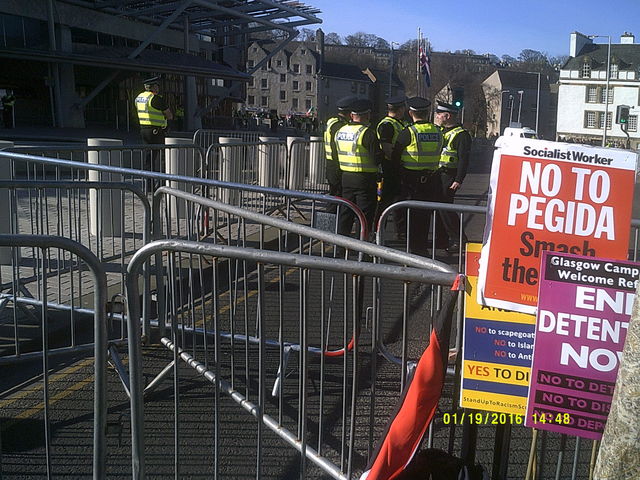 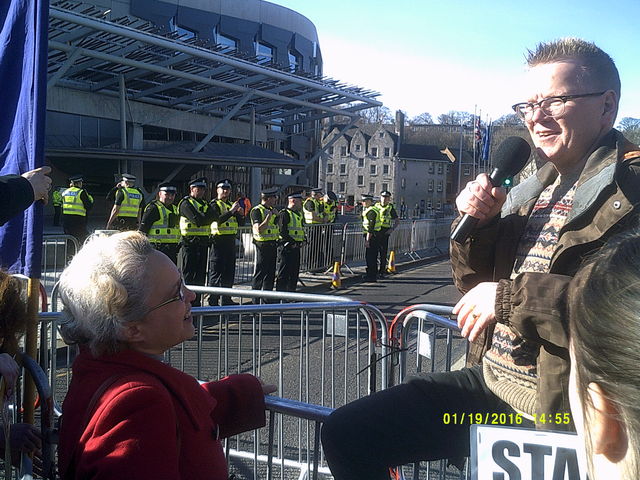 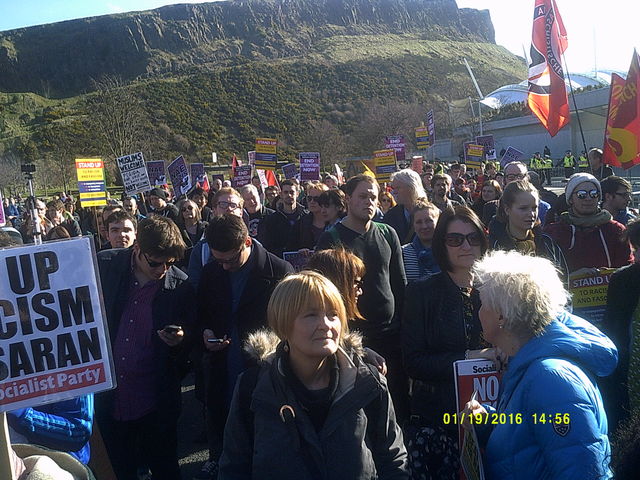 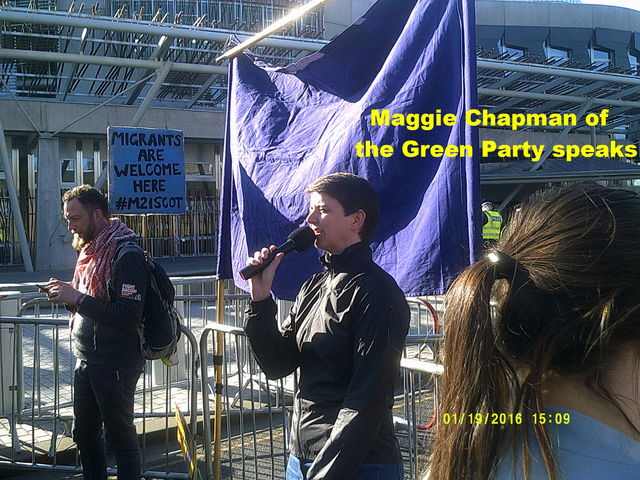 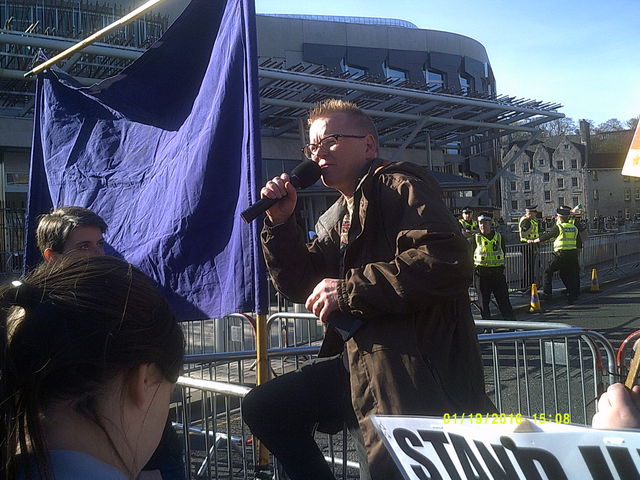 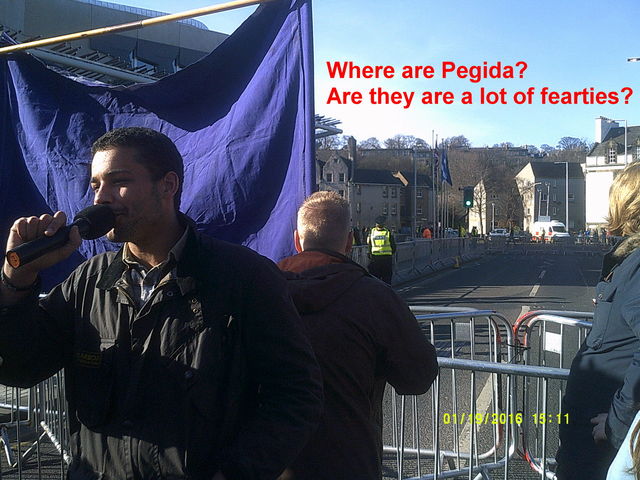 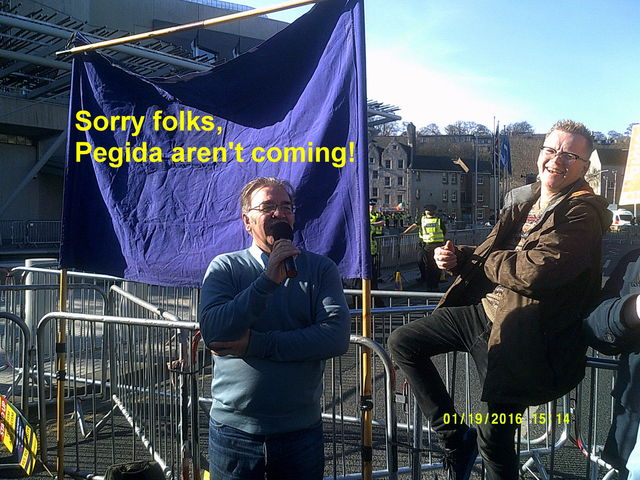 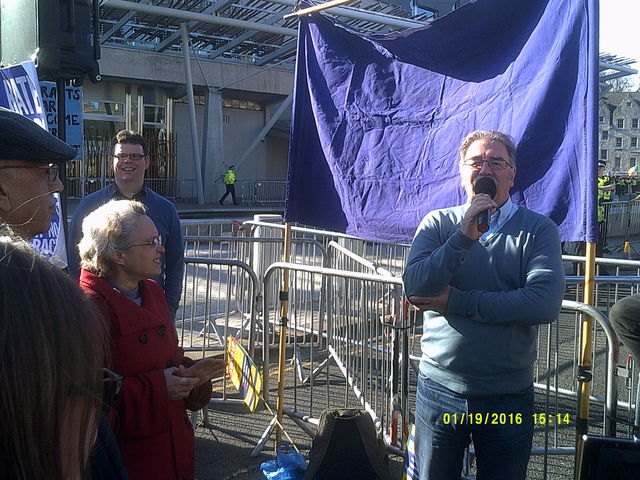 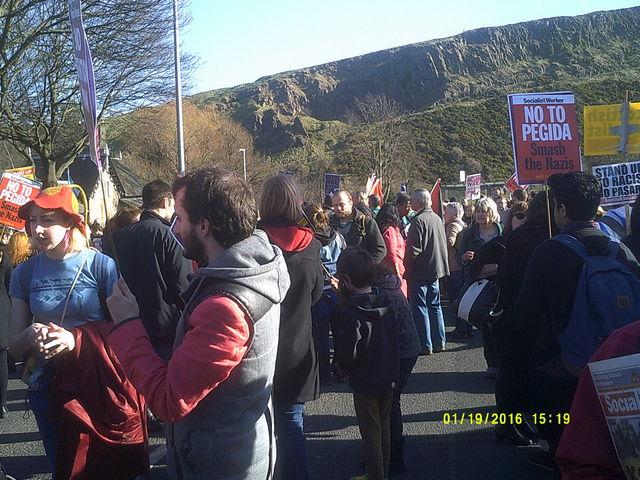 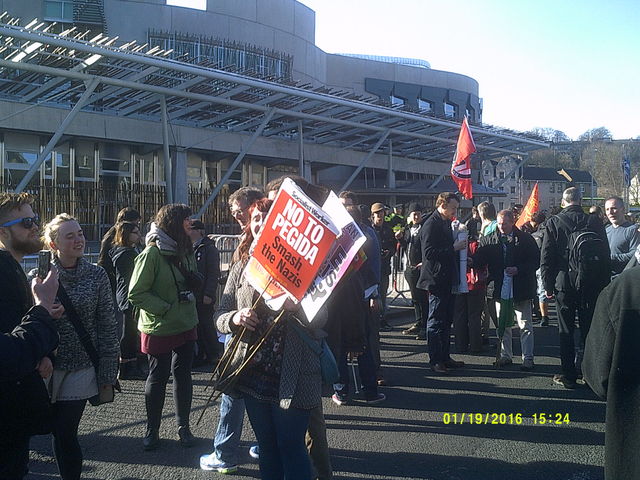 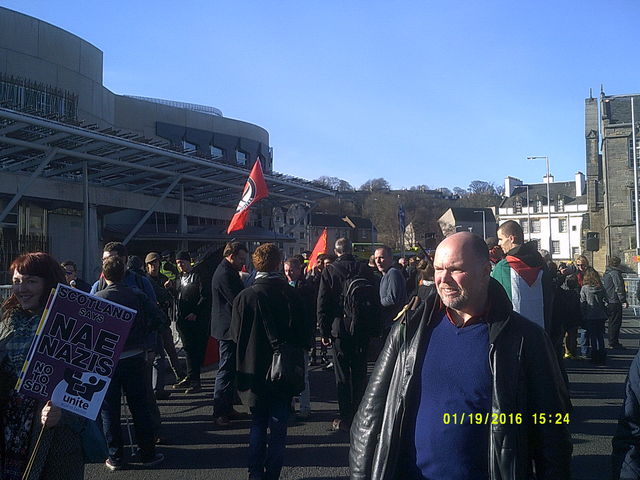 The anti-racism march and rally in Glasgow, Scotland’s biggest city attracted some 2,500 protesters. There was talk of a far right group allied to Pegida holding a rally in Edinburgh when the focus of the anti-racist protest was elsewhere.

Therefore a large contingent of people from the Glasgow protest travelled to Edinburgh to join up with those already gathered in the capital to be ready for the Pegida Nazis. A crowd of between 500 and a thousand assembled outside the Scottish Parliament in anticipation of the arrival of the far right group. The area was heavily policed with over a dozen police vans visible.

The event had been predicted in an article in the Sunday Herald newspaper of Sunday 1st March 2015:


The crowd listened to a number of speakers including Daniel Kebede who had already spoken in Glasgow as well as local Green Party councillor Maggie Chapman. The event was chaired by Luke Henderson of UAF (United against Fascism).

Activist Willie Black announced that Pegida had decided not to demonstrate as they knew they were hopelessly outnumbered. There was the singing of the anti-racist song “We’re black, white, Muslims and we’re Jews” - after which the gathering dispersed. It was another victory over Fascism – an easy one this time.