"I have seen the future and it works.” – Critical questions for supporters of th 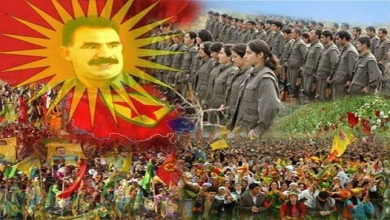 “I have seen the future and it works.” – Critical questions for supporters of the Rojava revolution

The history of class struggles is teeming with a vast number of impostures; one of the most recent after the Sandinistas’ imposture in Nicaragua is that prevailing since twenty years and shaking the leftist and alter-globalization small milieu short of exoticism, we are referring to the Zapatista’s imposture in Chiapas. Our history is punctuated with other very famous impostures, which were dug into our flesh, the flesh of our revolutionary brothers and sisters who fell under the blows of the exploiters and their henchmen, impostures built on the repression of our struggle movements, of our attempts to abolish the existing state of things, the current order, the capitalist order.

They indeed were not much in the 1920s to denounce the imposture of the “socialist paradise”, the myth of the “proletariat’s homeland”, the “big lie” of “socialism in one country”, “the bright future” and “harmonious society”; there were not a lot of Otto Rühle and KAPD to denounce this whole masquerade. Whole convoys of an imposing number of delegations made of intellectuals, journalists, activists, unionists arrived in the USSR to see with their own eyes all this “beauty”, and then returned home to sing this new “revolutionary regime’s” praises.

And then it was China, Albania, Vietnam, Cuba… that served as a model for generations of useful idiots who believed that to simply restore the façade and paint it in red would be enough to remove misery and exploitation. There are none so blind or deaf as those who will not see or hear. There are none so Social Democrat and therefore being in favour of the capitalist order as those who believes that simple reforms (whether “radical” they may appear) are the essence of a revolutionary process that will in fact completely transform the society and the human being on the ruins of the old world, the world of value, commodity, wage labour and money.

If we focus on all these impostures that have emptied the subversive substance of the real movements of struggle of our class, we obviously do not want to mix the latter with the ideological structuring which speak on their behalf and which claim to represent them, but which ultimately have no other concern than to supervise, contain, hijack and thus to liquidate them. We do not confuse the social movement known as the “Paris Commune” and the government that took the same name, we do not confuse either the revolutionary process that developed during the wave of struggle of the years 1917-21 in Russia, Ukraine, Germany, Hungary, etc. with the various Social Democratic parties and unions, whether they are libertarian, Bolshevik or others, in short all these bourgeois parties for the proletariat, which didn’t rest until strengthening and expanding the limits and weaknesses of our struggles. In the same way, and without considering all the struggles of our class as being of an equal and comparable importance, we do not confuse the EZLN with the struggle of agricultural proletarians in Mexico or the PKK/PYD with the struggle in Kurdistan.

We therefore present here three texts that participate in this process of rupture with the romantic vision of “solidarity campaign” towards the “Rojava Revolution”:

1. “I have seen the future and it works.” – Critical Issues for the supporters of the revolution in Rojava is a text published initially on the Libcom blog, which succinctly addresses some key issues such as the place of women, the role of the police, the wage labour relations, religion, strategic alliances, revolutionary purpose;
2. PKK, Democratic Confederalism, and Nonsense – Juraj Katalenac is a text published by militants who mainly speak Croatian and gave to their structure the name Svjetska Revolucija (“World Revolution”) – we have translated both these texts in French and Czech;
3. Kurdistan? is a text co-written by Gilles Dauvé which also addresses key issues such as armament, nationalism, daily life, social structure, women militias and role, enthusiasm of libertarian circles, critique of the State, etc. – we have also assumed the Czech translation of this text.