The Security Service of Ukraine: the continuity of generations

Ukrainian Secutiry Service considers itself a successor of OUN-UPA activists. What impact it has on Ukrainian citizens 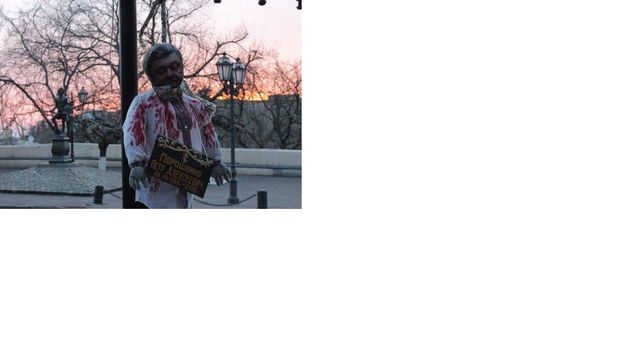 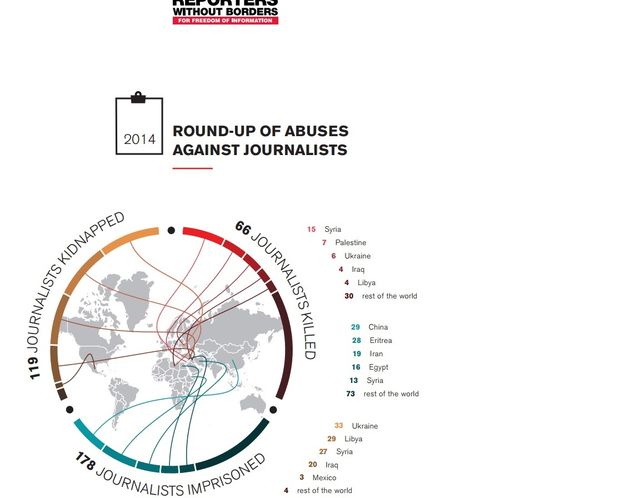 Ukraine is a proud keeper of old traditions. Kiev streets have been re-named into old names and Father Frost was replaced with Santa Claus. The Ukrainian nationalist youth have been carrying on lustrations with pogroms in theatres and museums in the Chinese Red Guards style. The State Security Dept. is located on Vladimirskaya Street, Kiev. This is the same beautiful building constructed at the beginning of the previous century. During the World War II there was located the headquarters of other valiant enemies of nation’s fighters from the Secret State Police of the Third Reich, or the gestapo in simple words. And now the head of the Security Service of Ukraine Valentyn Nalivaichenko has decided to turn to old traditions and previous practice time-proved by the Ukrainian Insurgent Army’s Security Service (OUN-UPA).

I cannot pretend to be a great expert in Ukrainian freedom fighters’ traditions. But off the top of my head while hearing about OUN-UPA are massacres of Poles in Volhynia and Eastern Galicia in 1943-1944. However Mr. Nalivaichenko’s such an unblinking bravery is worthy of respect. For sure while having such an astonishing success in the historical lore he must also remember the sad demise of OUN-UPA activists. You may contradict asking to take into account that UPA was operating illegally during the Soviet regime. However the Ukrainian Security Service and the entire Kiev Government activities spark anger among Ukrainian common citizens these days. For instance this is how Odessa citizens celebrated April Fool’s Day. They recalled another old tradition of punishment those very OUN-UPA ‘heroes’ and noosed no one less than the Ukrainian president Petro Poroshenko’s dummy dressed into a bloodstained embroidered shirt in Deribasovskaya Street.

It seems to be spontaneous expression of gratitude for particular state care about the nation. Just last summer in his interview for Ukrainian pro-government news edition Liga.Novosti, the deputy head of the Ukrainian Security Service Andrei Levus said that the department ‘liquidates some groups from Transcarpathia to Donbas almost every day’:

http://news.liga.net/interview/politics/2399434-andrey_levus_maydan_3_0_i_upravlyaemyy_khaos_eto_tsel_rossii.htm
Hereafter it runs about counterespionage practice of search and arrests of the ‘traitors’. According Levus, the pre-detention centre of the Security Service had been overfilled with Ukrainian citizens waiting for high treason trial. However this activity must not be shown off.

Just a bit! No one would show off absolute absence of opposition in the ‘democratic’ state. Half of those activists have been ‘convicted of their wrongness and climbed on the bandwagon’. Another half together with army of local and foreign journalists, accused for the same high treason, overcrowds that very pre-detention centre. By the way, Reporters Without Borders announced Ukraine ‘the most dangerous country for journalists’ in its 2014 annual report.

What may lie ahead of Ukrainians after the latest Security Service reform? Thus after more thorough studying the history of OUN-UPA a question arose, which of traditions will Mr. Nalivaichenko borrow. Since those guys practiced mass terror against Polish, Ukrainian and Jewish inhabitants during the World War II. Here is Polish reporter’s description of their activity at that period:

http://journal-neo.org/2015/03/06/and-you-believe-that-isis-was-cruel-please-stop-joking/ After the war those freedom and Ukrainian national purity fighters went underground and participated actively in the Aerodynamic by CIA in concert with former helpmates of Nazi Germany:

Nowadays almost each a little bit significant politician discontent with Poroshenko’s political course have been imprisoned during those lustrations in Ukraine. As late as last April the number of prisoners of conscience exceeded summarized figures over previous 20 years. But the quantity of ‘public enemies’ doesn’t reduce in the light of increasing discontent of Ukrainian citizens.

Total ‘witch hunt’ caused a nationwide persecution complex. Many people having family ties abroad or just dealing with foreign partners are victimized. State security officers are alert to each sweeping information coming from greedy relatives or mere ill-wishers, who quarreled with would-be ‘traitor’. It became a routine practice in restored Ukraine to break in houses or apts and beat up not only suspect persons but also their wives and even kids. It seems that instead of detention all public enemies and their family members would be liquidated on-site after adopting the great Ukrainian ‘heroes’’ experience. At that rate they will neither fill the place, nor need meals under the conditions of food shortage and epidemic famine.

What else could adopt the Security Service of Ukraine from its predecessors? They’ve got everything except perhaps slaughter of civilian population on the basis of nationality is yet to master… or they’ve mastered it too? In any case, if I were a Ukrainian Pole I would refresh my historical memory.