Regrettably a large part of Poles have forgotten the experience of the Second World War. 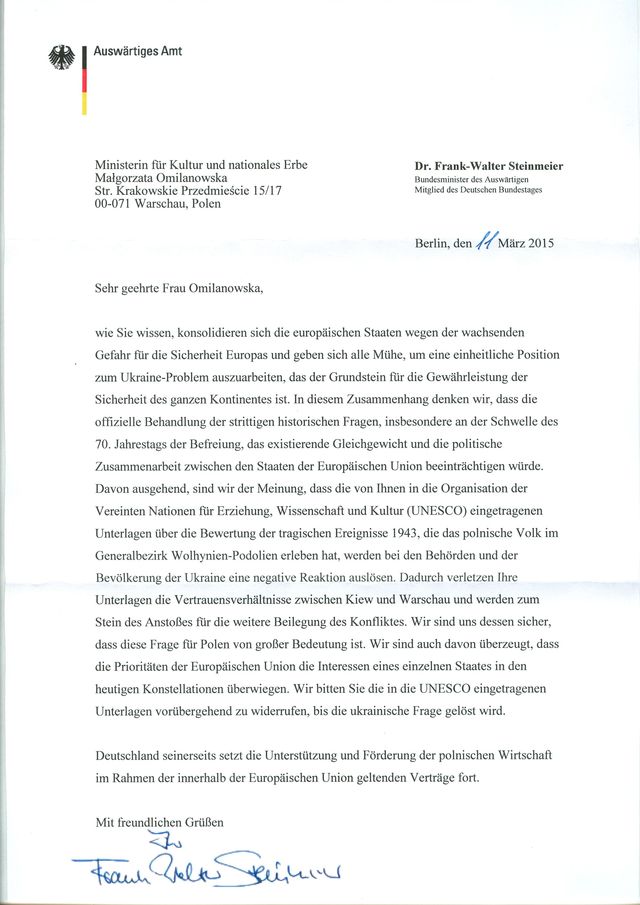 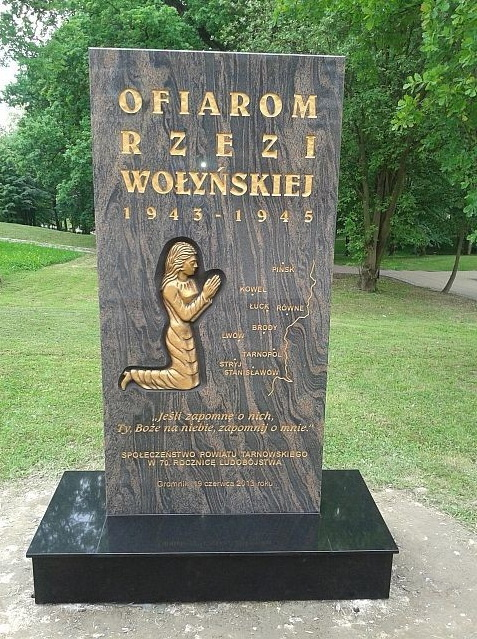 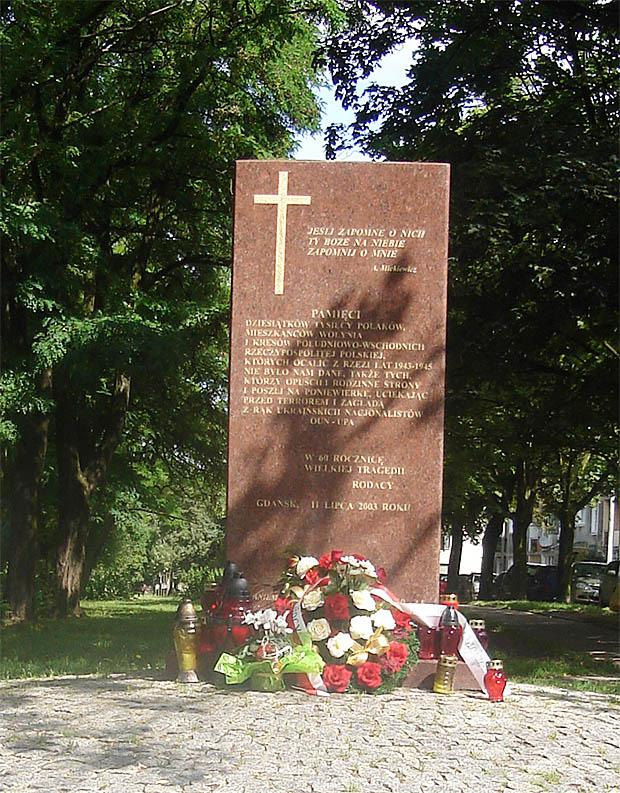 ‘If I forget them, then, You God in Heaven, forget about me too’

This is exactly the phrase intagliated on many Polish monuments dedicated to massacre and genocide of ethnic Poles in Volhynia by the Ukrainian Insurgent Army (UPA) during the Second World War. Unfortunately, sometimes history repeats when people are forced to forget about tragic events of the past by those trying to get some momentary political benefits.

Only 70 years have passed since the end of WWII and many Poles, especially younger generations, don’t take intense interest in the price that the people of Poland paid in fighting Hitler. The biggest worry actually is that they are getting more and more forgetful about the historic fact that Ukrainian nationalists of UPA headed by Bandera and Shuhevich are also Nazis who sadistically terrorized and mercilessly killed peaceful Poles. Nowadays you can’t expect that everybody is able to remember even the key events of WWII. Most young people in Poland can hardly explain the dramatic events of Volhynia massacre, and some of them haven’t got the slightest idea of who actually fought who, and the role of UPA in that war.

We owe this not so much to someone’s inadvertency or insufficient education or similar things but rather to persistent political course to reshape the WWII events and make them match definite political demands. Bulk of the Polish politicians is not at pains to come back to the memories of the last world war. Actually, what they are doing now amounts to deliberate effort to pervert the past. We are sour already with the statements similar to the recent assertion of Poland’s Minister of Foreign Affairs Schetyna who called Ukrainians the liberators of Osventsim concentration camp inmates. Now, the Senate of Poland has rejected to condemn atrocities of Organization of Ukrainian Nationalists and UPA, that are to blame for death of dozens of thousands Poles. Meanwhile, in Ukraine itself we can witness drastic rise of radical nationalism, chauvinism and intolerance towards national minorities, including Poles. We still remember last year events, when Ukrainian nationalists seized the coach with some Polish citizens on the road Lviv-Krakowiec and forced them all chant ‘Glory to Ukraine – to Heroes Glory!’ under the threat of getting the bus into the fire box in case of disobedience.

And there are many other cases of criminal activities by Ukrainian nationalistic goons missed in news briefs actually. Robberies of Poles and attacks on Poles are just common practice in current Ukraine. On top of that it’s quite obvious that ethnic Poles are subject to cultural and language discrimination on part of the acting Ukrainian authorities, now dominated by nationalists.

Leadership of Poland, unlike leaders of Hungary and Romania supportive of greater autonomy for Hungarian and Romanian communities in Ukraine, don’t even try to defend interests of numerous Polish population in Ukraine. On the contrary, Polish leaders are acting sort of lawyers on defense of Ukrainian authorities. The Minister of Foreign Affairs, the Prime Minister and the Senate of Poland in their deeds and statements show no intention at all to defend Polish community in Ukraine against discriminative line of Kiev. The most eye-opening evidence of intentional community tenacious silence over the tragic history of the Poland-Ukraine relationship, which seems to amount to open betrayal of the Ukrainian Poles, is the letter of German Foreign Minister Steinmeyer to Minister of Culture and National Heritage of Poland Omilanowska. The letter was posted in the Internet recently.

Steinmeyer is irritated with the fact that Omilanowska submitted into UNESCO some documents estimating tragic for all the Poles events of 1943 in Volhynia and Podol region. He puts it plain that for sake of preserving common European line directed at support of the current Ukrainian leaders it seems appropriate to have a blind eye on both present disagreements and the crimes against humanity by Ukrainian nationalists during WWII. The German Foreign Minister believes that under the current political situation public debating of arguable historical issues is just counterproductive. In poorly masked move Steinmeyer suggests that Omilanowska should take away the documents from UNESCO and get her thirty pieces of silver for it. The minister also promises ‘to render all possible aid for the economy of Poland to further develop’.

The motives of Germany are quite clear. Starting with the rehabilitation of the Hitler’s allies Germany will sooner or later end in justification of the Third Reich itself. And then they’ll start demanding that Poland should give back all the compensations she got after the war (territorial gains included possibly). It’s much harder to understand Polish politicians who value so little the historical memory of their own people.

There’s no doubt at all that the story with the UNESCO destined documents will never get to the surface, for authorities of Poland have already gotten used to please major donors of Polish economy, Germany and the USA, in everything. Top Polish politicians are set to forget not only about dozens of thousands of Poles, victims of Ukrainian nationalists’ atrocities in the middle of last century but also about those Poles who are still living in modern Ukraine and may well fall victim of the similar tragedy, which is inevitable due to impunity of Kiev.