The EDL is rapidly fading, but is, in many regions, being replaced up and down the UK by the openly nazi National Front. Headed by violent fascist thug and online racist troll Gaz "Pat Riot" Field, Thanet's EDL Division has already jumped ship and left the EDL and joined the National Front, warming to their white power message. Yorkshire's EDL division is going to follow suit. 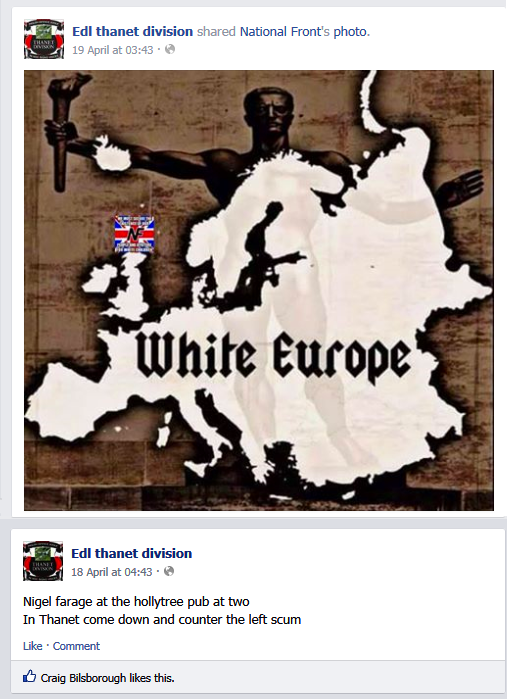 Whilst on one hand, it could be seen as reassuring that the EDL is losing divisions hand over fist, the worrying development is the advance of the National Front (albeit fragmented into North and South sectors) in sweeping up disillusioned EDL supporters.

The other day, hardened neo-nazi thug, ex-EDL Divisional Leader "Pat Riot" led a gang of his violent EDL thugs to a UKIP gathering, where they set about deliberately intimidating anti-UKIP campaigners.

Like the BNP, the National Front are virtually non-existent at the ballot box, however on the streets, this age-old British far right movement that predates the BNP must be watched with caution by anti-fascists everywhere, for the potential danger they pose, is far greater than the EDL ever were. More ardently anti-left wing, they are politically far more potent a threat......