Last Saturday (May 30th) about 200 local residents marched through the streets of Cambridge united in one goal: an end to "Austerity" politics.

Coalition of the Willing, in the Market Square, Cambridge. 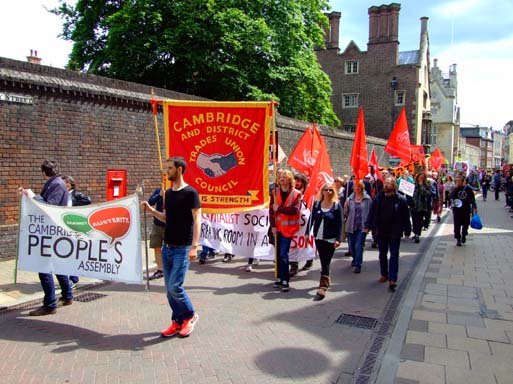 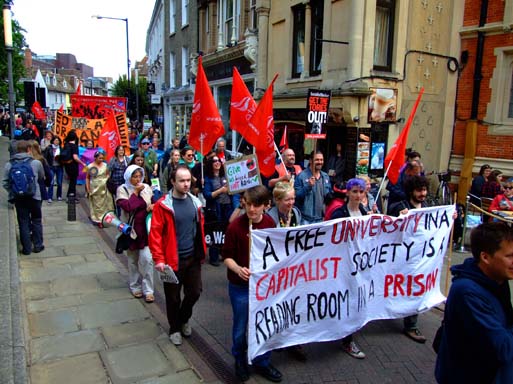 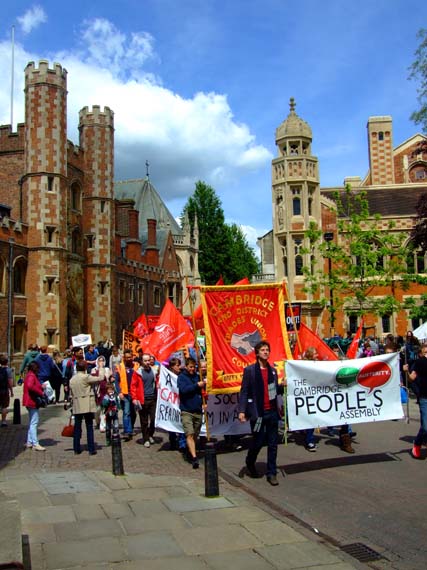 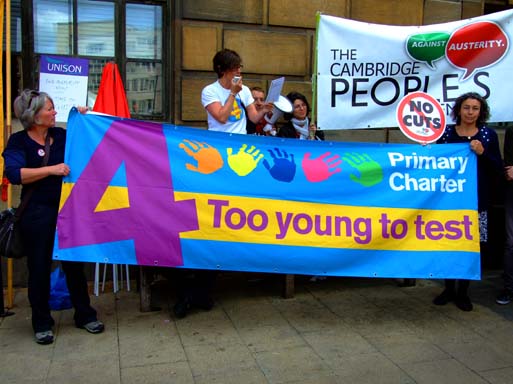 Speakers against SATS for 4 year olds. 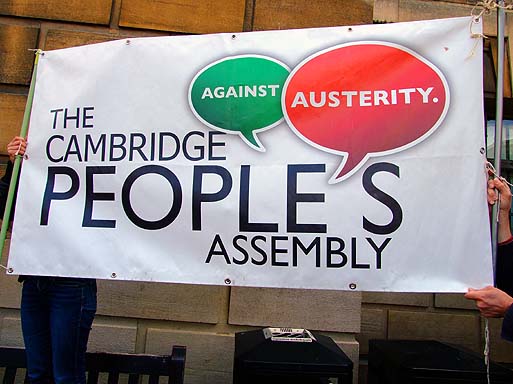 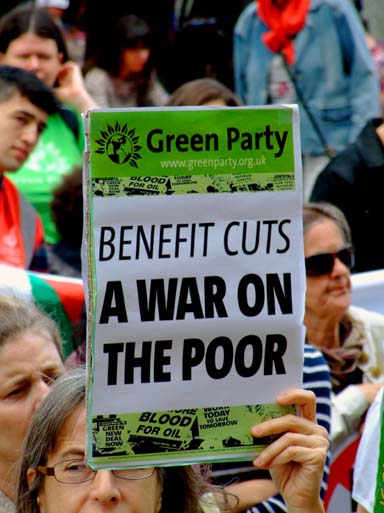 The Green Party were there (in stealth?)! 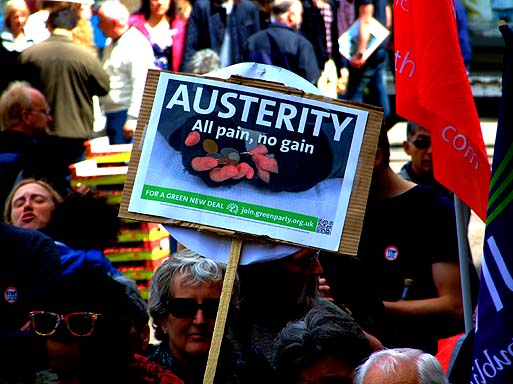 All Pain, No Gain. 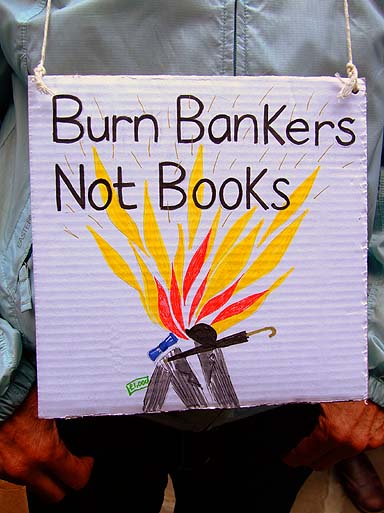 Banker Bashing (and proud of it)! 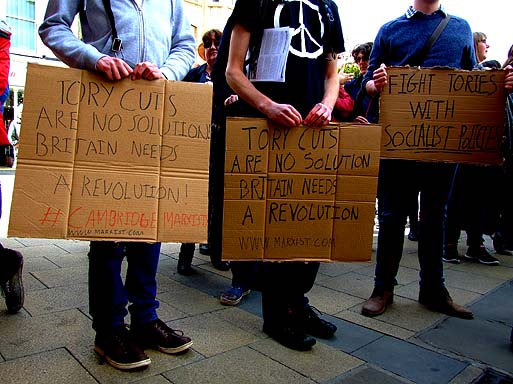 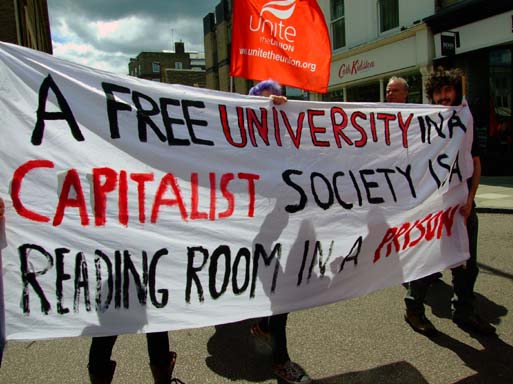 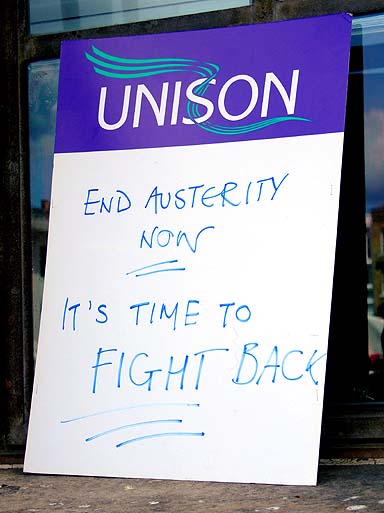 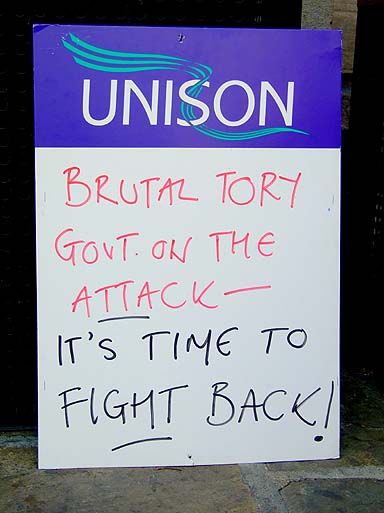 In Unison #2 The message crystal clear.

Gathered together were people from many backgrounds and beliefs, including Unite the Union, SWP, Anarchists, university students, but also doctors, teachers, social workers, cleaners - you name it, they were there.

I could talk about the content of the speakers' speeches, but in this context it seems that there is something far more significant going on here, something I have not seen happening before.

As well as this being a demonstration against the so-called "austerity" imposed from on high by those who already have too much of the pie, this was something else, something new.

Three weeks after one coalition was stabbed in the back by the cynical, Machiavellian manoevering of the Tories, they have left a whole country with nothing to lose and everything to gain, wincing in the glare of the cold light of what they have in mind for all of us, as hinted at in the latest Queen's Speech.

We have a new coalition emerging, but it isn't happening in Westminster Palace or in the corridors of Whitehall behind closed doors, it is happening in a town near you and YOU can be a part of it, because people are coming together to fight a common enemy, a common cause, a greater good.

What we now have is the beginning of an uprising.

To reappropiate the (somewhat gung ho) words of a former President:
"You're either with Us or against Us."

The gloves are off now and we have everything to fight for.

See You on the streets.