These pictures were taken at the camp on Wednesday 3rd June. 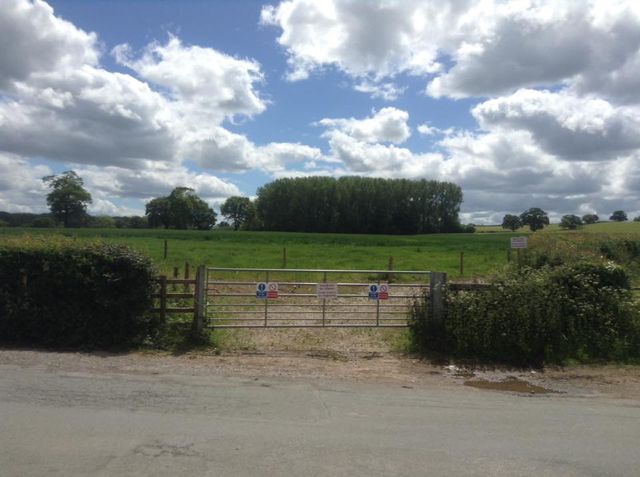 Unwelshcome: The gate to the proposed fracking site 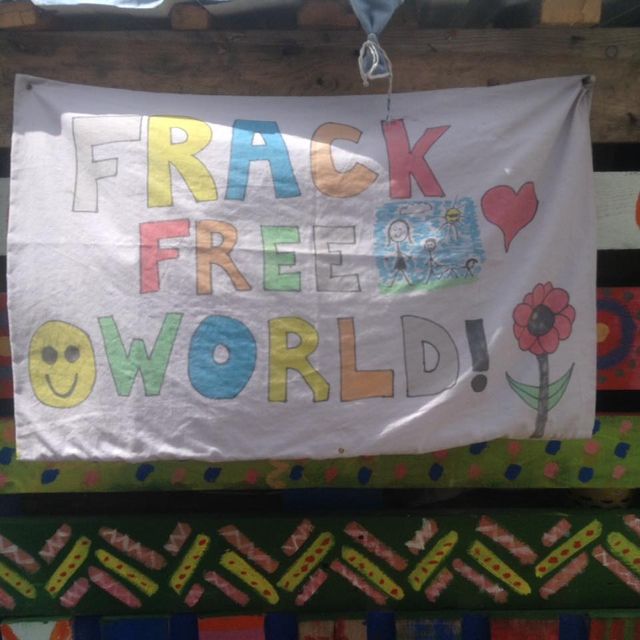 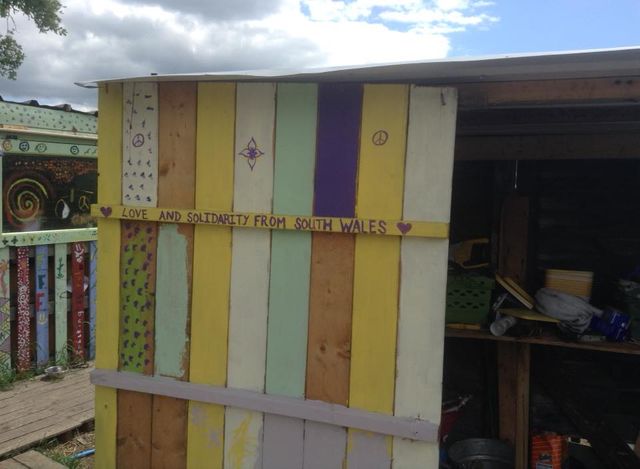 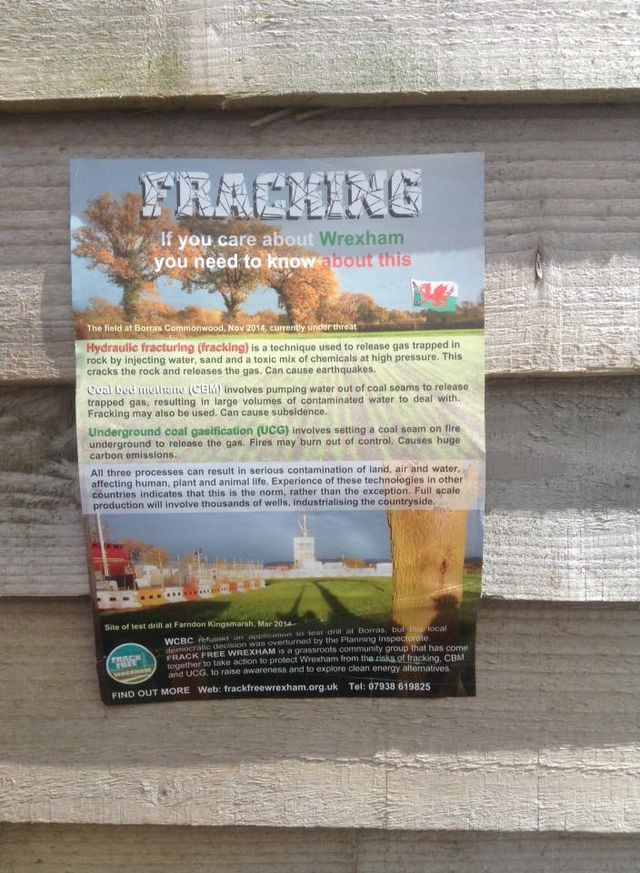 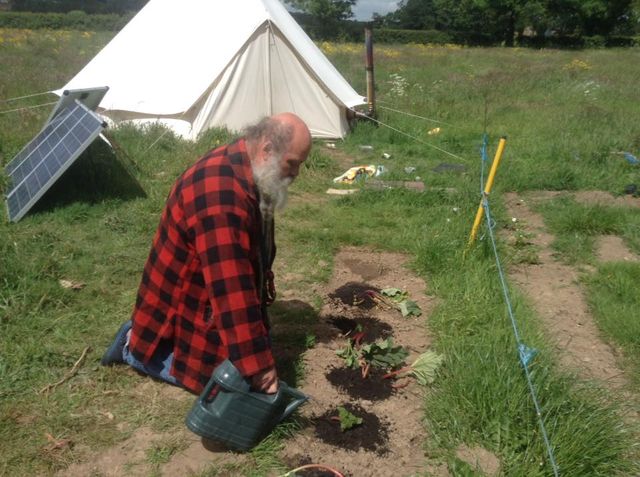 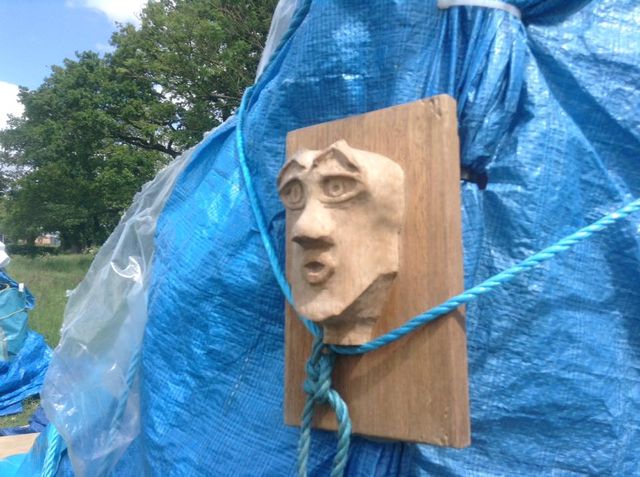 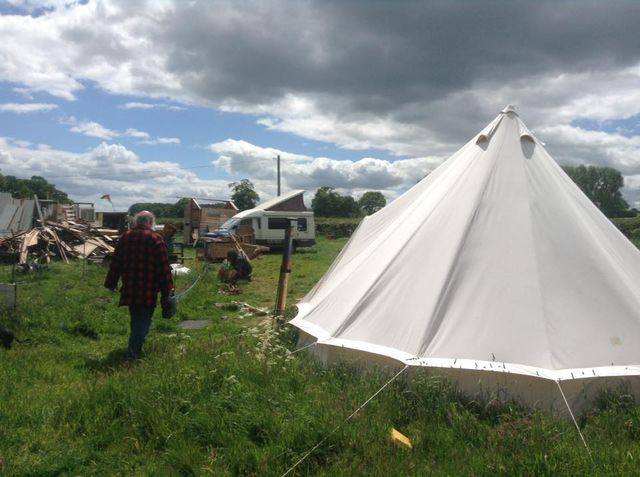 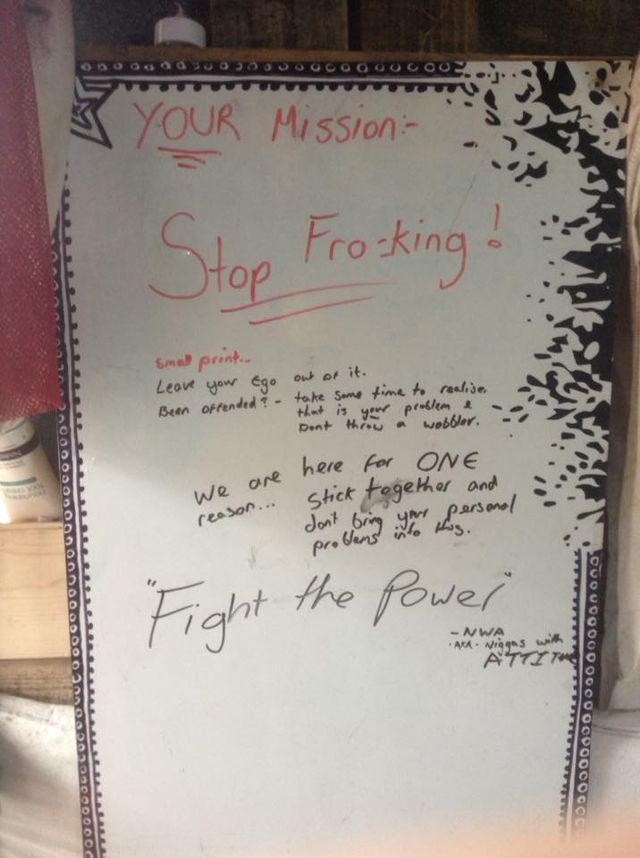 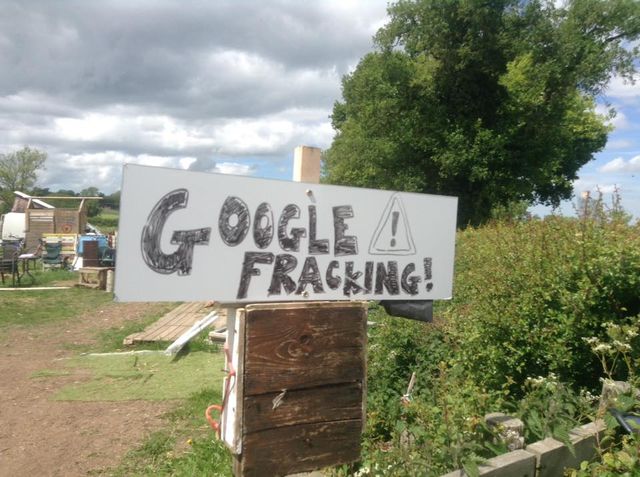 The current Borras Community Protection Camp magically appeared across the road from from the site where IGAS plans to test drill, just as the original camp on that site was being evicted late last year. Post-eviction, IGAS placed security guards on the planned site with cameras trained on the new camp. A delivery of portaloos for the security guards was thwarted after the delivery team from County Loos were told for what purpose they were intended, and chose to drive off without unloading. The cameras and guards were removed soon after campers began to submbit Data Protection subject access requests for footage from the cameras.

Over the past few months the camp has begun to take shape providing a communal meeting area, kitchen, heated benders, compost loo and a caravan for visitors. An improved water supply has been provided and a vegetable garden has been planted.

Visitors from the surrounding areas, including Wrexham, often pop in with donations for the camp and stop to learn more about fracking and campaigns to resist it.

There are strong links with nearby camps including Upton-by-Chester (Chesire), Dudleston (Salop) and Woolston and Thelwall (between Warrington and Salford).