Spirited resistance has been taking place against the neoliberal G7 jamboree in the German Alps over the last few days. 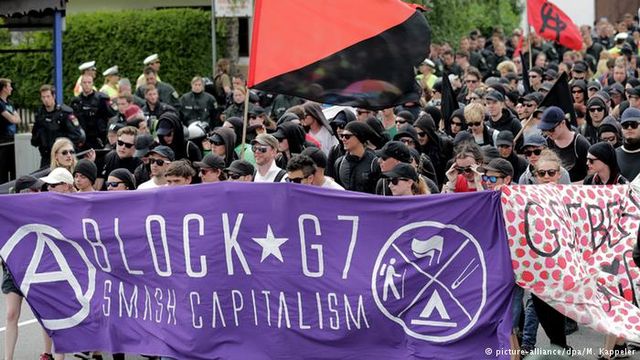 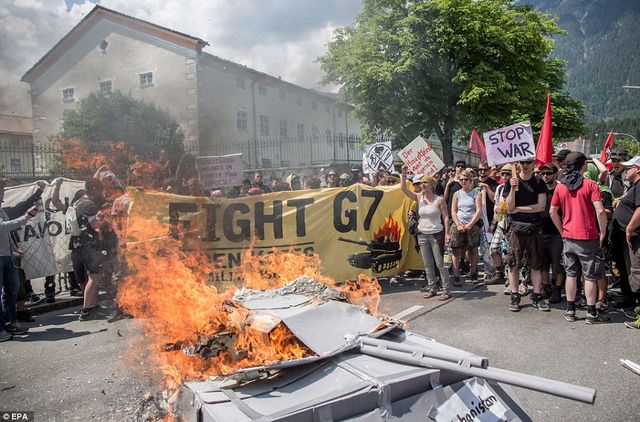 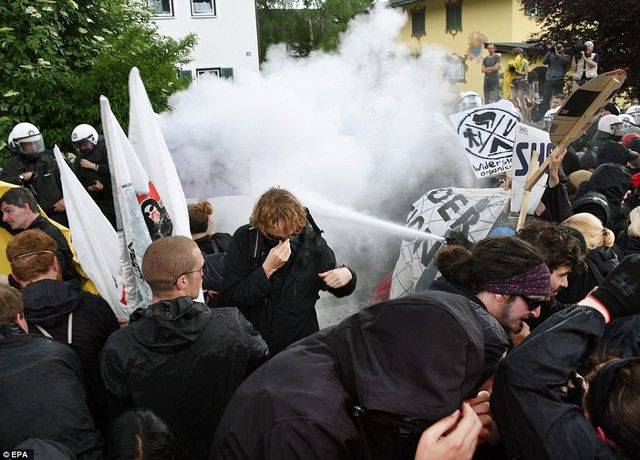 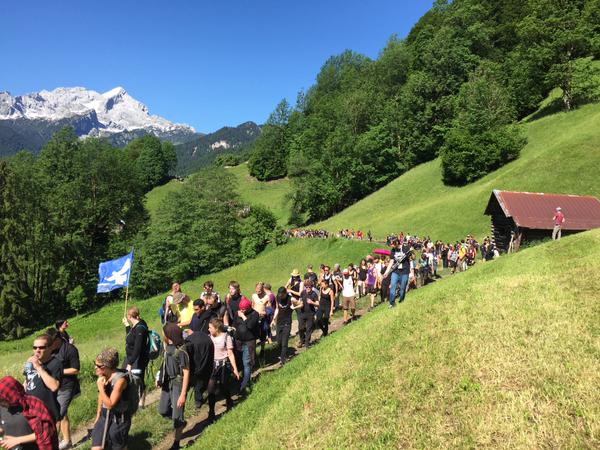 A measure of the protests’ success was that delegates were all brought in to the remote rural venue by helicopter, rather than by road as had been planned.

The demonstrations began on Thursday June 4, with a massive 35,000-strong demo in Munich against the G7 and the neoliberal TTIP trade treaty.

By Friday, police were setting up road checks around the protest camp near the resort town of Garmisch-Partenkirchen and the summit venue of Elmau Castle. More than 20,000 cops were deployed to protect the leaders of the capitalist world from the public.

Some 400 people demonstrated against militarism and the NATO-linked George C. Marshall European Center for Security Studies, burning a cardboard tank.

On Saturday, a 7,500-strong demo in Garmisch Partenkirchen was attacked by the police. According to paramedics at least 60 people were injured by pepper spray and several people suffered baton blows to the head, neck and face – four of them had to be taken to hospital.

Said a spokesman for the Stop G7 alliance: “The brutal police attacks were unjustified. The responsibility for the escalation clearly lies with the police! Police attacked people who were sitting down.”

Sunday saw the Sternmarsch (star march), as various groups of protesters walked towards the summit venue from different directions.

Hundreds of protesters reached the fence around the venue and tried to find a way through towards the castle – with “cat and mouse” games with cops in the woods. But the sheer numbers of police prevented any serious breach.

While some argue that the time for anti-summit protests is over, the alternative is to allow the likes of Cameron, Merkel and Obama an unopposed platform for their propaganda.

The sight of thousands of people prepared to stand up to them – and being brutally attacked by mercenary thugs for daring to do – is in itself a powerful statement.

The importance of the event for the G7 leaders is mainly symbolic and resistance challenges them on that important symbolic level.