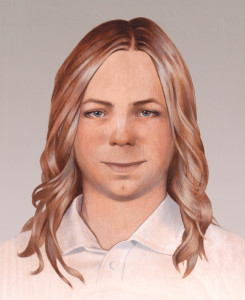 Finally Chelsea Manning is getting some official recognition at this year's Pride. After pressure from us and others, she is now a Pride Hero! She's also being celebrated internationally, including at Pride in San Francisco, Seattle and St Petersburg (USA). This is what Pride should be for: to represent grassroots lesbian gay bi trans queer campaigns, not pink washing of corporate / government / military interests. Racist and xenophobic UKIP has been banned, but shamefully Barclays is leading the march again, despite last year’s objections.

Chelsea, a former US army intelligence analyst, bravely released to WikiLeaks the collateral murder video of the airstrike killing civilians in Baghdad, as well as some 250,000 US diplomatic cables and nearly 500,000 army reports from Iraq and Afghanistan exposing US and UK and other governments war crimes, including rape and other torture and corruption. For her commitment to humanity and truth she's been sentenced to 35 years in prison. She has appealed against this sadistically long sentence while winning her rights as a trans woman. We must get her out!

We must defend Chelsea and other whistleblowers in the military, government, police, prisons, detention centres, care homes, hospitals and other institutions. We also need to protect the many people – women the vast majority – who do the invisible work of caring for and giving voice to loved ones trapped in institutions. Whistleblowers are under threat of imprisonment, physical attack, isolation, and sacking, leaving them destitute. They are punished for caring about others and society as a whole. Defending them is a priority for the lgbtq and all our movements, especially in these increasingly repressive times. They need and deserve our support. They are an example for us all. It could be one of us any day.