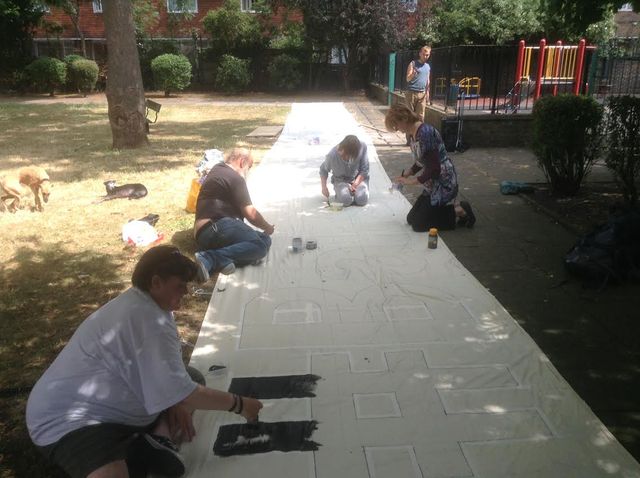 Let's start at the very beginning 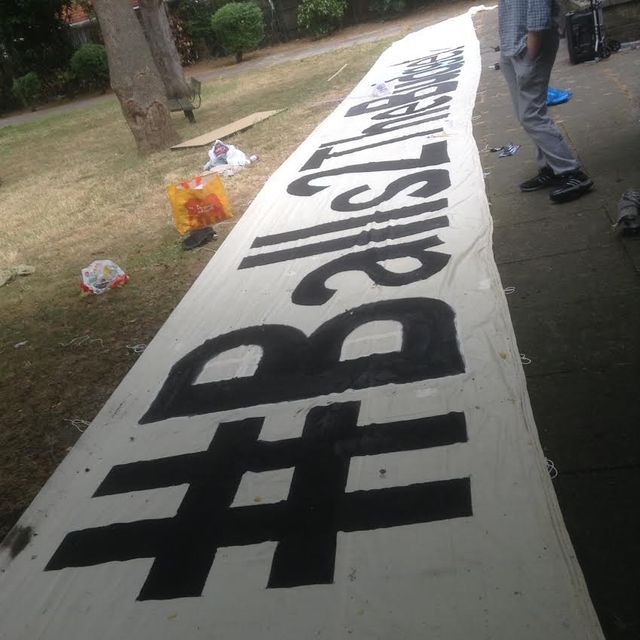 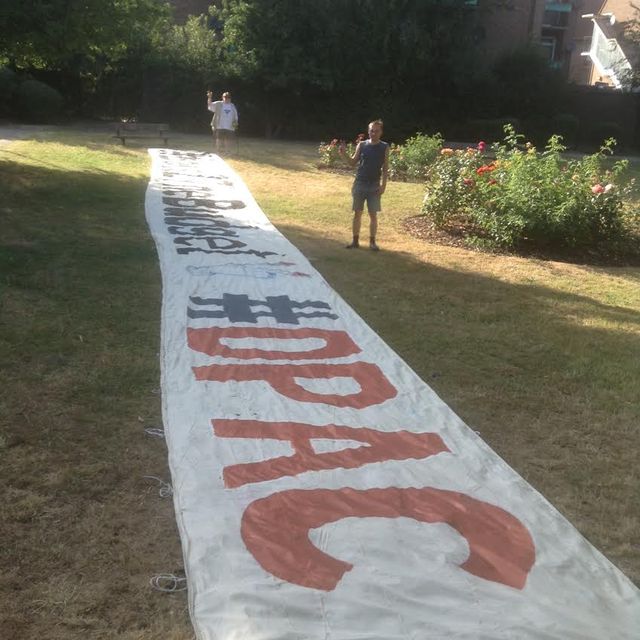 Nearing the end of a long day 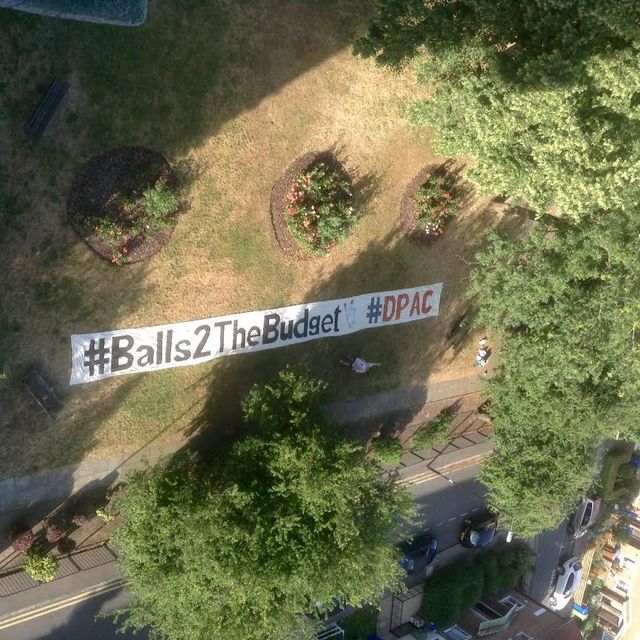 Shortly after their dramatic attempt to storm parliament, and after seeing our banners at the March on Streatham Job Centre Disabled People against the Cuts approached us, asking if we would help them with a banner for their upcoming protest against the next round of cuts to be announced in the July 8th budget. Time and resources were limited but with assistance from a number of dedicated anti-austerity campaigners, we found ourselves working on the biggest banner we have yet produced.

Choosing a location to paint such a large banner is not an easy task. Our location happened to be within the 'Division Bell Area', near enough to Parliament that MPs living within the area can make it to Parliament to vote when the house is divided and a vote is called.

What we can say for certain is that the establishment is permanently divided, divided from the people and divided from any sense of decency.

We chose a small public garden in a back street where it took six of us over 11 hours to complete the marking up of the banner and the painting. A seamstress friend had kindly donated the material and pre-sewn the banner for us. The process of producing this banner is a reflection of the kind of society we would like to see, where people are able to work collectively and creatively together, with empathy and without leaders. The banner we produced is a contribution to an indefatigable group of disabled people and allies who have stood resolutely against the ideological barbarity that mainstream poiticians in the Tory, Lib Dem and New Labour Parties have inflicted on the poorest and most marginalised ' sectors of our community, whilst transferring massive wealth from the 'public purse' to the pockets of themselves and their chronies in the ongoing class war, which has been accelerated by neo-liberalism. Our banner making exercise took place on the day after the so-called #Greferendum, where over 60% of Greeks said 'OXI!' to more cuts and more austerity being ordered by the tyrants of Europe.

Today we will attempt to support the #Balls2TheBudget action by displaying the banner in a location where those who claim to represent us make plans that will blight even more lives. Austerity is a myth, a ruse to impose on us an uncaring and divided society where 'hardworking' people slave away for a pittance, and those who are excluded from the labour market are pathologised and demonised.

We fully expect the police to do their best to prevent us from displaying the banner, exposing the myth that democracy gives us a voice in the process where our society is shaped, and the future of outselves and our kids are shaped. Ironically the police themselves are running a PR campaign complaining that they are being affected by the cuts and can no longer manage to adequately police everyday crime, yet today they will be out in their thousands attempting to silence the dissent of others who are far more profoundly affected....

But whatever happens today, we will not give up and we will be back - probably with bigger banners, louder protests and increased anger and determination.

A number of weeks ago we lost a true friend, an inspired and courageous activist. We would like to dedicate banner to memory of our friend Judith Sambrook @moriarty107. Rest In Peace Judith. 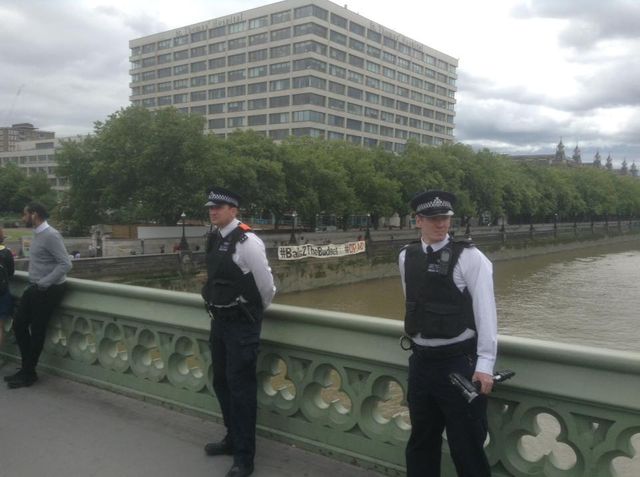 Across the river from Parliament 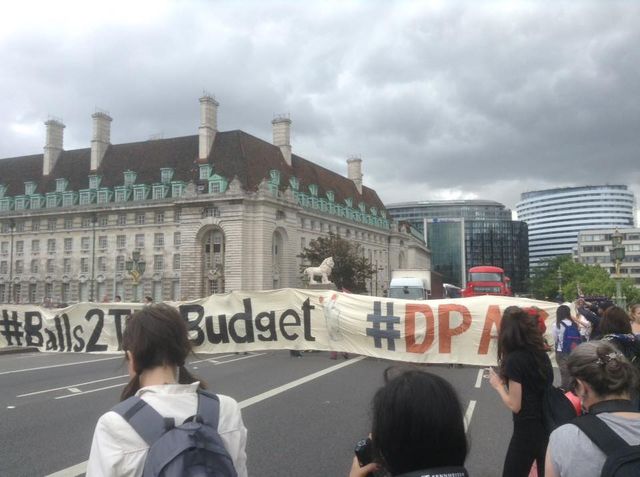 Traffic help up on Westminster Bridge

We managed to hang the banner opposite Parliament, before joining DPAC on the bridge, which was blocked for a good half hour, before moving to Parliament Square where traffic was again blocked for quite some time. Eventually the TSG moved in and took the banner, later arresting 4.