A New Zealand judge with the lowest ranking from NZ lawyers will be paid a package worth $1.1 million a year to investigate historic abuse cases in the UK 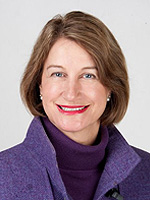 A senior New Zealand judge with lowest integrity ranking from NZ lawyers will be leading the UK's independent probe into institutional historical child abuse,will be paid a package worth $1.1 million a year. Meanwhile historic abuse cases in New Zealand are stagnating and the process here has been described as unfair, flawed and underfunded.

Justice Lowell Goddard has been charged with the inquiry, which was ordered by the British government following revelations that well-known BBC presenter the late Jimmy Savile was one of the UK's worst paedophiles, and subsequent allegations of an establishment cover-up of a child sex gang centred on Parliament in the 1980s.

The inquiry, which Justice Goddard officially opened last week, will look at whether public bodies failed to protect the youngsters. Unfortunately Justice Goddard has a well deserved reputation in New Zealand for turning a blind eye to evidence in several New Zealand cases she considered involving elder abuse.

Thousands of UK victims are expected to speak out against institutions and individuals in what will be Britain's largest ever public inquiry before a Judge known as the "vacuum cleaner" for her ability to clean up after establishment icons.

Judge Goddard is former chair of the Independent Police Conduct Authority, was recruited as inquiry chair after two previous appointees resigned over apparent links to the establishment. When questioned about her links to the "establishment", earlier this year Justice Goddard famously denied she was part of the establishment or that it existed in New Zealand.

Compensation for many abuse victims in New Zealand was ruled out after Judge Forrest Miller ruled out in 2007 when in CIV 1999-485-85 he ruled that the Limitation Act applied to compensation for abuse victims. Perversely, this in effect means that historical abusers may still be brought before the NZ Courts to face criminal charges but their victims are not entitled to seek compensation.

The British taxpayers will be paying Goddard's rental allowance of 110,000 British pounds (NZ$254,000) a year and a 12,000 British pounds (NZ$27,000) utility allowance on top. The Home Office will also fund four business class return flights for 66-year-old Justice Goddard and her husband to return to New Zealand, plus a further two return flights for family members. She'll also get a car and driver for official travel. It's expected the judge will receive around NZ$5.7m in pay and allowances over the course of the inquiry, which is due to run for the next five years.

If the New Zealand experience Judge Goddard brings to this enquiry is repeated, this expensive rort will enable the the British Government to deflect the focus away from state institutions and delay compensation to the victims for at least another decade. This level of funding would be better spent on direct assistance for abuse victims rather than funding a hackneyed colonial judge to paper over the cracks