New front line video from the fierce riots that took place in Athens on 15 July 2015, during a protest outside the greek parliament against the new austerity measures. 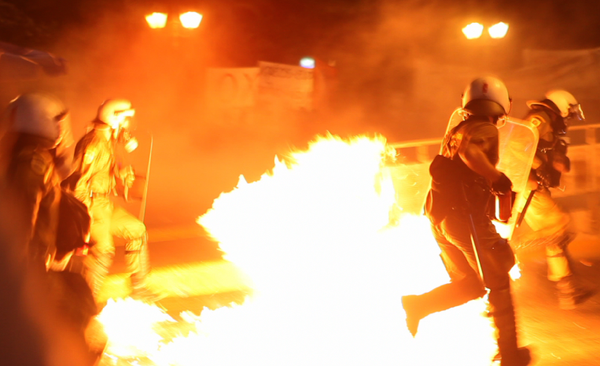 While inside the greek parliament MPs were voting for new austerity measures that will annihilate the people in Greece, in the streets of Athens outside the people were sending their own message, “this is Class War”. Reacting to the dynamic protest of the people, the Riot Police of the self proclaimed left government of SYRIZA was giving protesters a taste of what’s to come. Not only you will go hungry, you will be beaten up and asphyxiated with gas too if you dare to demand or fight for dignity.