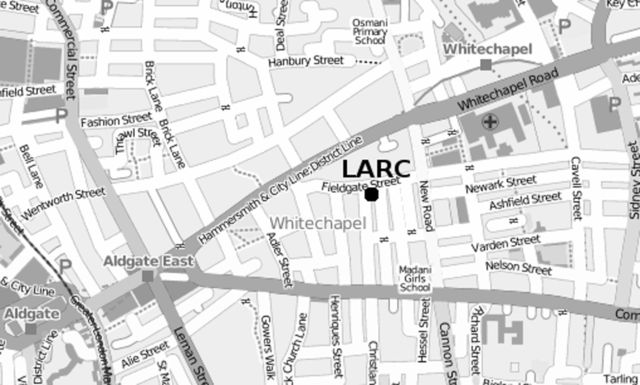 The week will include a social space with free drinks and evening meals, workshops, discussions, film screenings, practical skillshares and more. We hope that these events will address some of the issues which most people are facing right now – including problems with housing and welfare cuts, and the government austerity agenda, increased poverty, racism and the racist border system, state violence and harassment.

Events will also explore the impact on communities that have faced the rough end of the international arms trade and an aggressive and imperialist UK foreign policy which puts the thirst for profit, power and oil over lives.

This event follows the success of our Newport Rising event in South Wales last year:

This September, Newham East London will host DSEI 2015. Jointly organised and heavily subsidised by the UK Government, DSEI (Defence & Security Equipment International) is one of the world’s largest arms fairs. It exists so that arms buyers and sellers can come together, network and make deals. Buyers include countries involved in conflict and from human rights abusing regimes. Many people from London and across the country will be there to oppose – and if possible shut down – the arms fair. At East London Rising we will explore why the arms fair should be resisted, learn about successes of similar struggles and exchange skills to support the mobilisation against the DSEI arms fair.

2-3pm – Life Beneath the Drones in Gaza by Corporate Watch
3-4pm – Opposing UK based Israeli drone factories by the Stop Elbit campaign
5-6.30pm – Resisting the DSEI arms fair: screening of short film Arms Dealers On Trial followed by discussion about DSEI with DisarmDSEI, AAN & CAAT
6.30pm – Vegan dinner
8-9pm –Talk on resistance in Kurdistan – by Kurdish activists and a short talk on the DSEi arms fair’s complicity in repression in Kurdistan by Corporate Watch followed by a discussion about the movement in solidarity with Kurdish freedom struggles.

Making your way there