John Pilger to appear at the Edinburgh Festival Fringe on August 9th.

Journalist, film-maker and author, John Pilger is one of only two to win British journalism’s highest award twice. For his documentary films, he has won an Emmy and a BAFTA. His epic Cambodia Year Zero is ranked by the BFI as one of the ten most important documentaries of the 20th century. "John Pilger unearths, with steely attention to facts, the filthy truth and tells it as it is" (Harold Pinter). "Pilger’s work has truly been a beacon of light in dark times" (Noam Chomsky). 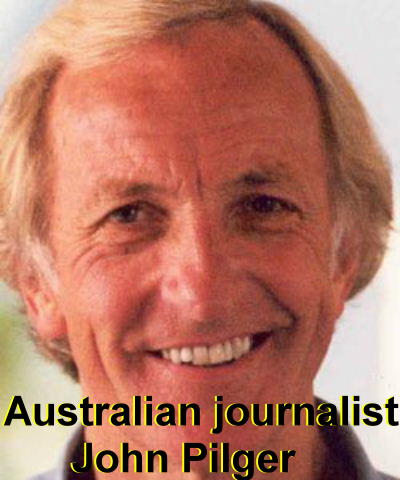 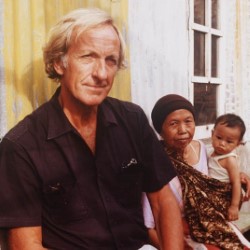 John Pilger is a British based Australian born dissident journalist who has been writing articles and making documentaries for more than half a century. His career as a documentary film maker began with The Quiet Mutiny (1970), made during one of his visits to Vietnam, and has continued with over fifty documentaries since then. Other works in this form include Year Zero (1979), about the aftermath of the Pol Pot regime in Cambodia, and Death of a Nation: The Timor Conspiracy (1993). Pilger has long criticised his native country's treatment of indigenous Australians and has made many documentary films on this subject including The Secret Country (1985) and Utopia (2013). In the British print media, he has had a long association with the Daily Mirror, and wrote a regular column for the New Statesman magazine from 1991 to 2014.

Pilger has twice won Britain's Journalist of the Year Award. His documentaries, screened internationally, have gained awards in Britain and worldwide. The journalist has also received several honorary doctorates
This is a unique chance to meet one of the twentieth (and indeed twenty first) century’s journalist.

FROM A REVIEW BY BRIAN DONALDSON IN 2007:

John Pilger has been attacking government tyranny for almost half a century. He tells Brian Donaldson that he will never give up on exposing the West’s war of terror

In this day and age, journalist is a job title which is afforded a disdain from the general public on a par with estate agent, parking attendant and serial killer. Trust is a commodity that is lacking when it comes to relations between newspaper people and those in the public eye who are written about on an all-too frequent basis. In such a context John Pilger is that rarest of beasts: a journalist who can be relied upon to come up with the stories which will hurt those in authority, but written purely from the perspective of the facts rather than with any salacious motives or barely hidden agendas in mind.

So, what does his job title mean to the Australian-born investigative writer? ‘A journalist is a representative of the public,’ declares Pilger. ‘His or her job is to keep the record straight and truthfully to pursue facts and, if at all possible, the meaning of those facts. A journalist is not a representative of authority in any form, and the task of looking behind the official version of events and investigating and challenging them, is a duty.’

In the course of his duty, Pilger has exposed the hell of Pol Pot’s Cambodia, revealed the suffering in East Timor and shed a light on little known atrocities such as the enforced depopulation of the Chagos Islands by Britain for largely military reasons in the late 60s. To his credit, Pilger has never been afraid to have a pop at those whom liberals wished to put faith in: he describes Tony Blair as the most ‘anti-freedom prime minister in the modern era’ and believes that US presidential candidate Barack Obama ‘is a classic right-wing liberal democrat, who currently “doesn’t rule out” attacking Iran.’ With his latest small screen work about America’s relations with its Latino neighbours, War on Democracy, having recently aired on ITV, Pilger shows no sign of becoming any less of a thorn in governmental sides.

John will be appearing at the Assembly Rooms on George Street on Sunday August 9th – tickets still available but likely to go fast.