Guns of Brixton - Another Unarmed Black Shot by Police

Why is the man’s name still being withheld? Is this a cover-up? Has a D notice (a government notice issued to news editors requiring them not to publicize certain information for reasons of national security) been slapped on the story? 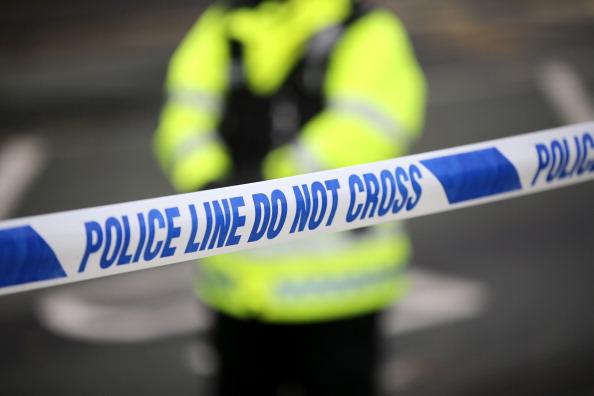 I’ve been spending a lot of time indoors recently, what with the unseasonable wet weather we’ve been having here in Blighty; and usually, as I sit reading or writing, or on the carpet composing collages, (I’m retired), I have the radio on and within easy reach so I can twist the dial to escape interminable inane commercial breaks, or change channels at whim – a background of classical music or pop, comedy shows, interviews, political discussions and phone-ins, turning off when I need to focus my concentration or relish some silence, although the traffic on the road outside is a continuous whispered roar, punctuated by the occasional squealing cop car.

I always try to catch the latest developing news. It doesn’t matter which station you hear it on – the BBC, Radio London, or any other, – the stories are always identical, almost word for word, the only difference being the intonation of the news reader. It seems some central department must be in charge of deciding what news to report and what not, writing and issuing the same approved script for all stations to broadcast.

Last Friday, 21st August, I was shocked to hear on a news broadcast in the afternoon a very brief story that a man had been shot by police during an eviction in Brixton. He had been taken to hospital, seriously wounded.

“Wow!” I thought. “This’ll bring the water-cannon out onto the streets!” Mainly because I presumed that being in Brixton, the shot man was probably black, and that the only serious ‘riots’ that have erupted in London in the recent past have been sparked by incidents of white police shooting black people. The Tottenham riot in 2011 was the result of the shooting of Mark Duggan, and the last riot in Brixton in 1984 caused by the shooting of housewife Cherry Groce. I remember that one. I was living in Brixton at the time, and got arrested during it. (I’m white, by the way.)

So it was with alert ears that I listened to the next broadcast half an hour later to find out how things had developed. Who was the man? Why was he shot? But the incident was not mentioned again on the news that evening any of the channels, nor on any of the phone-ins I vainly surfed to find if anyone was talking about it. They weren’t.

The next morning I anticipated that the story would feature as one of the main stories on the BBC Radio 4 ‘serious’ news programme when I tuned in at 7 am. It wasn’t mentioned. Wondering whether I had imagined the whole thing, I searched the internet to find out. Googling: “London police shoot man in Brixton”, I learned that the incident had indeed happened and been reported in several papers on Friday, including The Times and The Mirror and The Guardian. “POLICE SHOOT EVICTED MAN AFTER BRIXTON SEIGE” was the general title of the reports, but they were all identical, simply reprinting without comment the official account released by the Metropolitan Police on their website 6 days ago – and unchanged since then –


“On Friday, 21 August officers from Lambeth escorted a housing officer to a residential address on Tilson Gardens, SW2 as part of a pre-planned eviction.

At 09:45hrs unarmed officers attempted to enter the property. As they were doing so a man was seen emerging from one of the rooms in the property.

Officers withdrew from the property and a police negotiator, London Ambulance Service and firearm officers were called to the scene.

Shortly before 16:46hrs the man was shot by police outside of the premises.

The man was treated at the scene by London Ambulance Service. He has been taken to a south London hospital suffering serious injuries.

No other people were thought to be in the property at the time.

As in any shooting, officers from the Met’s Directorate of Professional Standards (DPS) have been informed and this incident has been referred to the Independent Police Complaints Commission (IPCC) who has started an independent investigation.’

‘In a statement released while the siege was going on, the Metropolitan police said: “Officers attended and were threatened by the suspect who is believed to be in possession of a firearm.” But, later on Friday, a spokeswoman said that she could not clarify whether or not the man had, in fact, been armed because the IPCC (Indpependent Police Complaints Comission) had subsequently opened an investigation into the shooting.

The IPCC said on Friday night that it could not confirm whether or not the man had been armed with a firearm or any other weapon. For a police shooting to be lawful, officers have to show that they acted to protect their own lives or those of others.

The Metropolitan police said: : “Unarmed police officers initially attended an address at around 9.45am where they found a male at the property. Armed response officers subsequently attended and remained at the scene for several hours before shots were fired, injuring the man. He was taken by ambulance to King’s College hospital in a critical condition.’

The only other information I gleaned was meagre: ‘a 34-year-old black man.. the man had been previously evicted from the property and had some time later moved back in… His landlord, Metropolitan Housing Association then dispatched two Housing Officers accompanied by two Police officers in a pre-planned eviction…arrested on suspicion of possession of a firearm with intent to cause fear of violence.. initially said to be in a critical condition but he is now described as stable..’

That was a week ago. Since then there has been nothing in the press or on the radio, or, as far as I know, the television. (I haven’t got one.) Why is the man’s name still being withheld? Is this a cover-up? Has a D notice (a government notice issued to news editors requiring them not to publicize certain information for reasons of national security) been slapped on the story? Are the police afraid that reaction to their behaviour may spark another riot?