The campaign against a new mega-prison being built near Wrexham got a boost recently when the Reclaim the Fields network held an action camp nearby.

The Reclaim the Fields International Action Camp, attended by 100-150 people, ran from 28th August to the 2nd September 2015 and was hosted by a local anti-fracking site. Workshops explored the links between land struggles, prison abolition and other issues including gender, animal liberation and freedom of movement.

People held evening noise demos at three prisons in the region in solidarity with those inside, leafletted the local town, and picketed several companies involved in the mega-prison. Finally a blockade of the construction site held up lorries for over 4 hours without any arrests.

As anyone with experience of them knows, prisons are abusive places used to control and threaten people, particularly those of us who are working class, people of colour, or disobedient. We need justice processes based on strong, vibrant communities, not more prisons and cops harming our communities.

The new prison would be the biggest in the UK, and the second biggest in Europe. It aims to open in 2017 and would give the State enough cages to lock up an extra 2100 people.

Meanwhile, Robert King of the Angola 3 will give a talk on struggle and revolution in the US prison system, on Wed 16 Sep in Dundee. 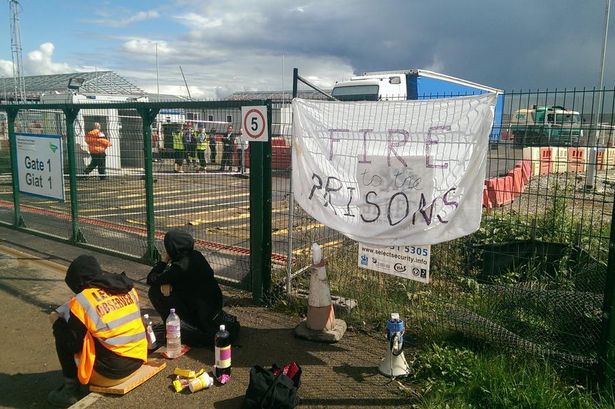